Thanks For Nuth'n Gullet Fest 2005

Boy, it seems like it's been forever since I posted anything here. It's just been crazy busy between School, and my workload of Minoriteam, Inking Fear Agent, final designs on my Nic project and trying to finish up Draw! 12, and the usual Holiday crush.

But like that last decade or so, i hosted the annual Manley Turkey fest. I picked up a 31 lb free range bird from Whole foods aalong with lots of other goodies. their meat and veggies are the best, but they also cost way more too. But nothing is too good for my guests. I usually break my cooking down into 2 days, doing the most cooking the day before, Wednesday. I also do my shopping at off hours to avoid the crowds. For instance I hit whole foods at 8:30pm, after dinner rush and rush hour, less people to hassel, I hit the local supermarket at 1am, it had been restoked and there were no crowds at all; so my buddy Scott and I were in and out like pirates in 20 minutes. It was so cold here in Philly this week i even left the stuff in the car till the next day.

Wednesday I worked, inking on Minoriteam the new show on Adult Swim along with my pal Rich Faber who was hired on this week to give the production an extra boost to catch up. Rich and I along with Bonaia worked "round table style" from my dinning room table, cranking out inks. I am hired on the series to essentially be an illustrator, embellishing or stylizing the pencils, much like one of Kirby's inkers. The show is being drawn in a suedo-Kirby style and being done like the old Marvel Cartoons from the 60's.Super limited animation. the job is a blast, one of the most fun jobs I've ever had in animation. the final art you'll see on the show will be the actual art I ink, which will be awesome. 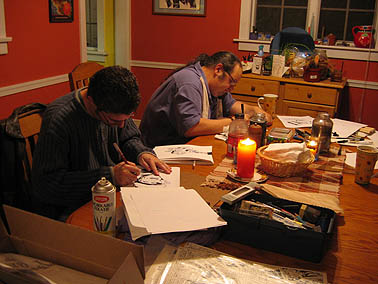 Rich and I inking away.

I started cooking about 6pm on Wednesday evening, I did my mac Cheese first, popped that in the oven then did the stuffing ( which included andulice and pork sausage) and green bean/snowpea cassarol. 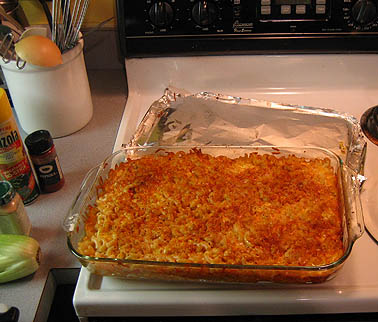 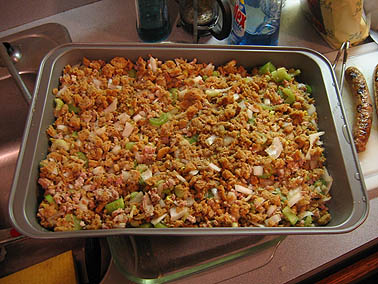 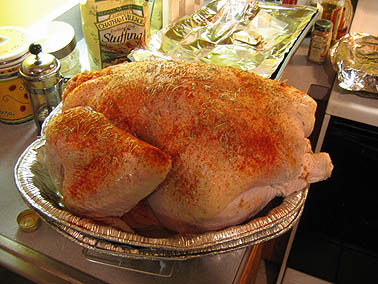 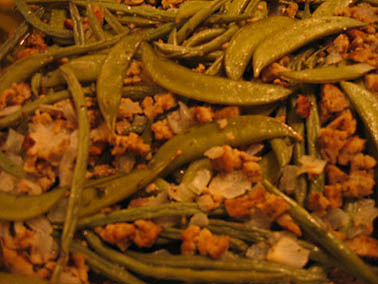 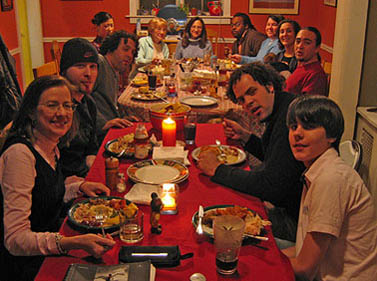 The scerect to successfully cooking a turkey is really simple, slow cooking. Turkey can be dry, especially if you overcook it, so slow cooking lets the juice stay in the bird as it's intrenal temp heats up.I put my bird in the oven about midnite or so and let it cook slow at 350 all night, waking up and basting it a few times. By 10:30 Thanksgiving morning it was ready, it's little red thermometer had popped it's red woody.

This is the cover to the first issue of Doll and Creature by John Heebink and inked by me. Image is reprinting in color the series that Heebink, Remender and I did a few years back which was originally published by Larry Young. I hope this time it gets better distribution and more people get to see it, I think it's one of the best books I've worked on art wise and Remender's story is fun too! 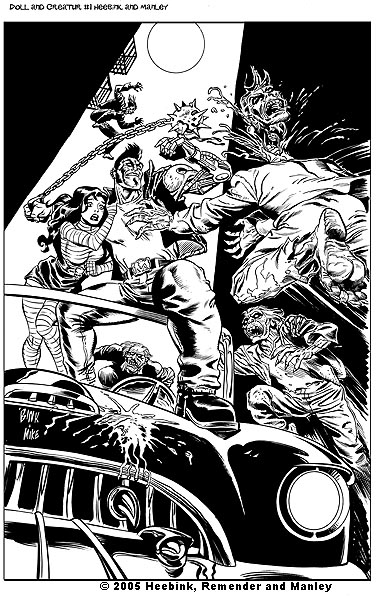 Here is the final card art back from the agency over seas with the "Lichtenstein" effect coloring done by the Art Director. 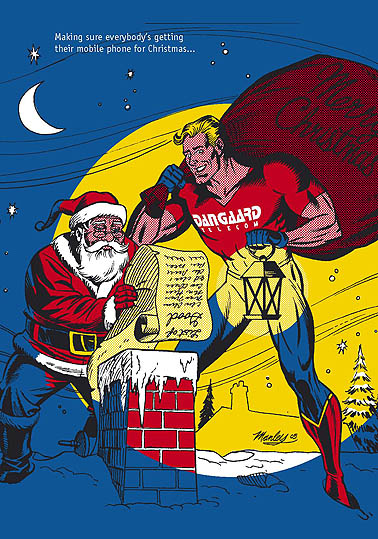 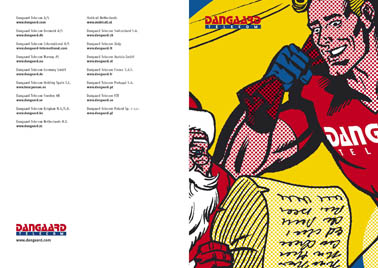 This is a pic I snapped while walking from the parking garage on Shipley over to the school on Market and 6th in Wilmington. I try and carry my digital camera with me at all times for just such an 'art opportunity". I see things all the time that strike my artist's eye, little scenes like this. They are all around us, in our daily lives if we just take the time and set our minds to pay attention, slow down and look at the world we are passing through. 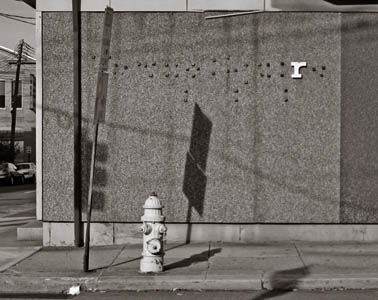 Figure it was Tuesday

Yes it's Wednesday, but yesterday I hit the figure drawing class after teaching at DCAD. It was cool that so many of my students came along as well, so it was a packed house as my pal Scott was there to boot. Here are some of the drawings from last night's session, all done in charcoal. I felt a bit more on point, but I am still only 50% happy with these. Back at it next week. 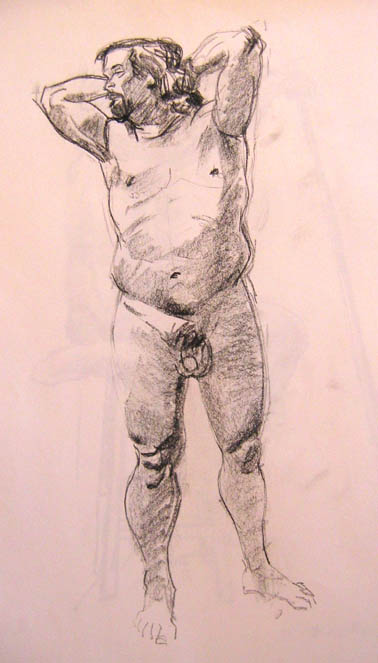 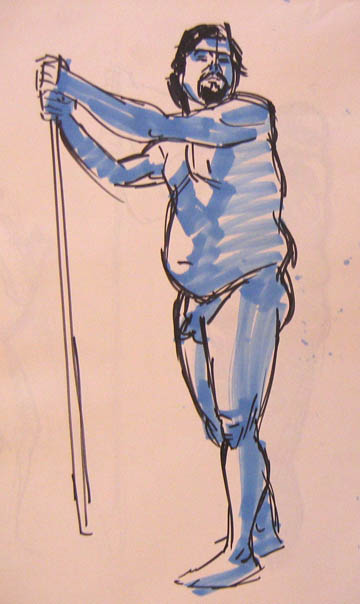 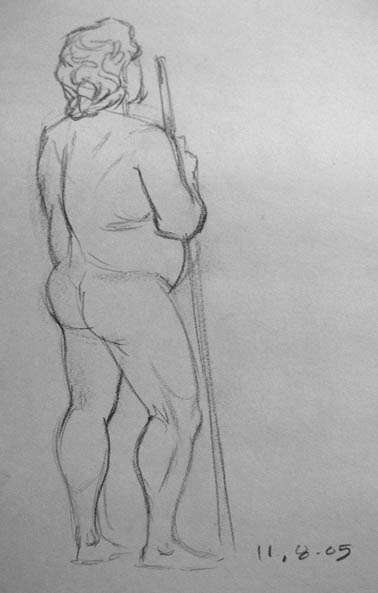 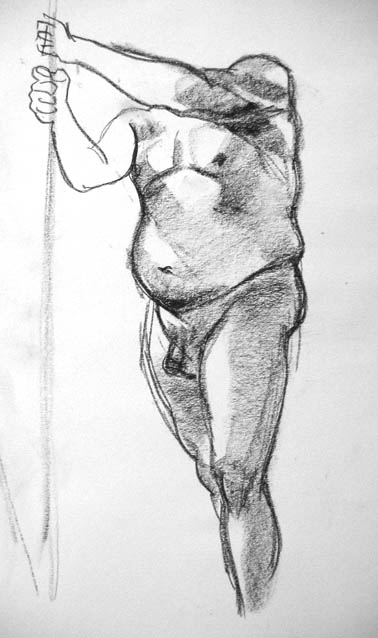 I have been really busy lately, between teaching at School, and the various projects running through the studio; Draw! (late), desiging on my Nic project still in developement, inking on Minoriteam for Cartoon Net and soon to be inking on a book for Image I feel like I am maxing out my performance. The studio looked like a bomb hit it, so I had to spend a bit of time putting things back in order. 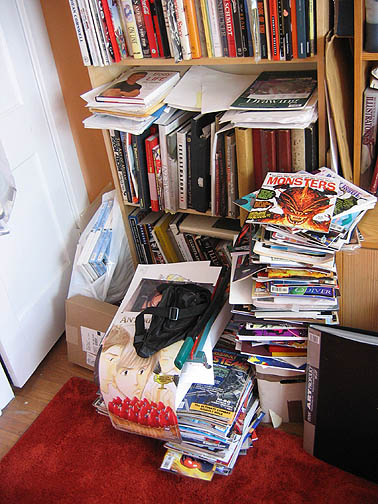 Today I'll be down at DCAD reviewing portfolios for incoming students, I hope there are some good artists in the mix, as reviewing bad art is one of the worst things ever!
Posted by Mike Manley at 1:32 AM 8 comments:

Here is a quick job I rushed out for a client in Denmark who I do jobs for about this time every year. 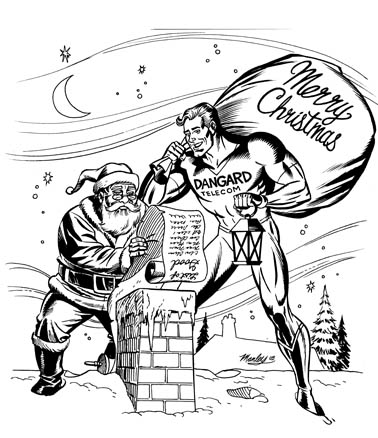