Since the issue is now out on the stands I thought I'd showcase some of the comic work I did doing layouts of Magnus no. 2 to help my buddy and excellent artist in his own right, Bill Reinhold. Bill was up against a pretty tight deadline so he asked me if i could jump in and help by doing layouts for him from the scripts by Jim Shooter. In the old days at marvel these types of things were pretty common, so common they even had levels of these layouts depending on the amount of detail in them. Workhorses like Gil Kane and both John and Sal Buscema were legend for being able to jump in and layout a whole book in a matter of 2-3 days sometimes.

they had breakdowns and then shakedowns, shakedowns being really almost just a break down of the plot into panels with very simple drawings, the breakdowns were more detailed. John Buscema was the king of this and could do such amazing pages this way that were later given to inkers who were finishers or really artists in their own right such as Tom Palmer, Joe Sinnott, Klaus Janson and a host of artists from the Philippines like Alfredo Alcala and Ernie Chan to just name two. marvel ran this way for many years depending of the excellent drawing and storytelling skills of these handful of pencillers to defeat the dreaded deadline doom. My work is somewhere between breakdown and pencils as i don't do this all of the time and sometimes need to get into a drawing more myself to make it work out. Bill is right up there with those golden age greats as far as drawing and finishing skills and the changes you see are partially his own and the changes asked for by Jim Shooter who writes the book. I always like the man in the pink metal skirt, Magnus has been a fave of mine since a kid and reading those original Russ Manning Gold Key Comics. Its always hard jumping into the middle of a job, middle of a story but its easier when you have a feeling for the character. I even did a cover or two for Magnus back when it was at Acclaim. I'm helping on issue No. 3 as well doing layouts, so when thats out I'll post some more pages. 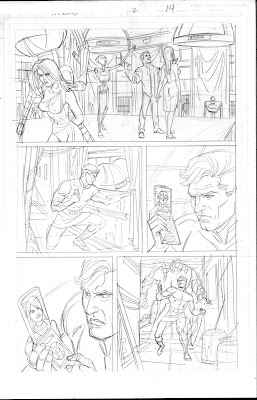 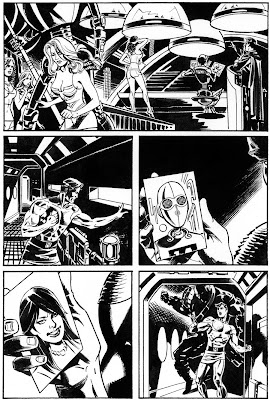 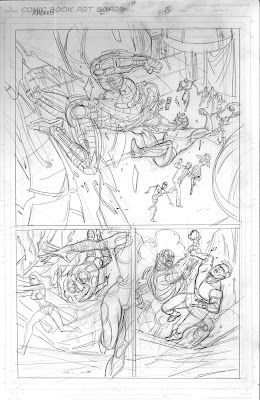 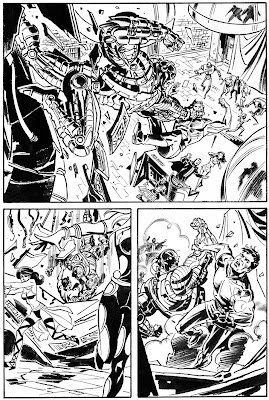 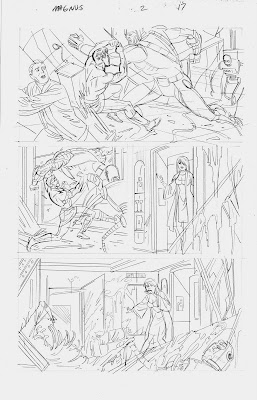 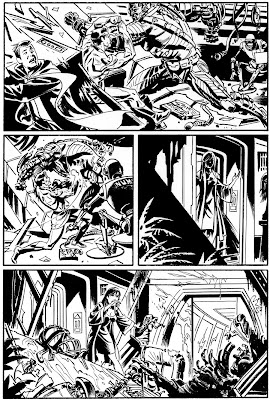 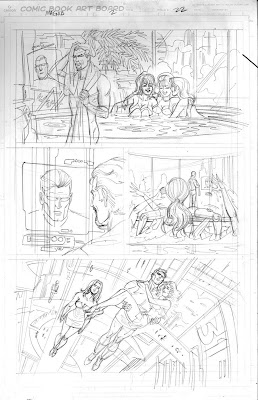 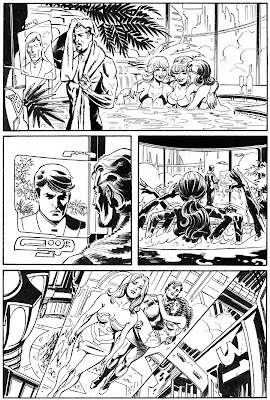 I remember at a comic con in the '80's a dealer had stacks of those Buscema breakdowns for sale. They were drawn on copy paper and he was selling them for $5 each...ah, the things I didn't buy back then makes me want to cry now ;)

Mike, Awesome stuff. Love to see this behind the scenes process. I bought Draw! just to read about the Judge Parker process. Great! FWIW, I get Daily Ink.com, and King needs to show your bio as the artist. It still lists Barreto as the artist on Judge Parker.

Agree with CC that it's nice to see the process. You and Bill make great art. Looking forward to seeing more.

This is great to see both from a learning standpoint and because I think this kind of collaboration was good (if both layout artist and embellisher were good artists) at Marvel and sadly lacking in most comics today. Bob McLeod has talked about the super tight pencils of current artists that leave little for the inker to add. How long did these layouts/pencils take you?

Any chance we could see the script from Jim Shooter? That would really tie it all together - this is what I think DRAW! needs as far as a type of article. Could even become reader interactive - so we could take a stab at working from the writers output. With comics/cartooning how-to instruction seeing the story/plot/script really is essential (as are thumbnails both used and rejected). Thanks for sharing!
Best, J.Gilpin

JG, I don't think it would be cool for me to post Shooter's script here. Thanks for the offer of help on the Draw! blog, I have plans to re-up it after the winter break.