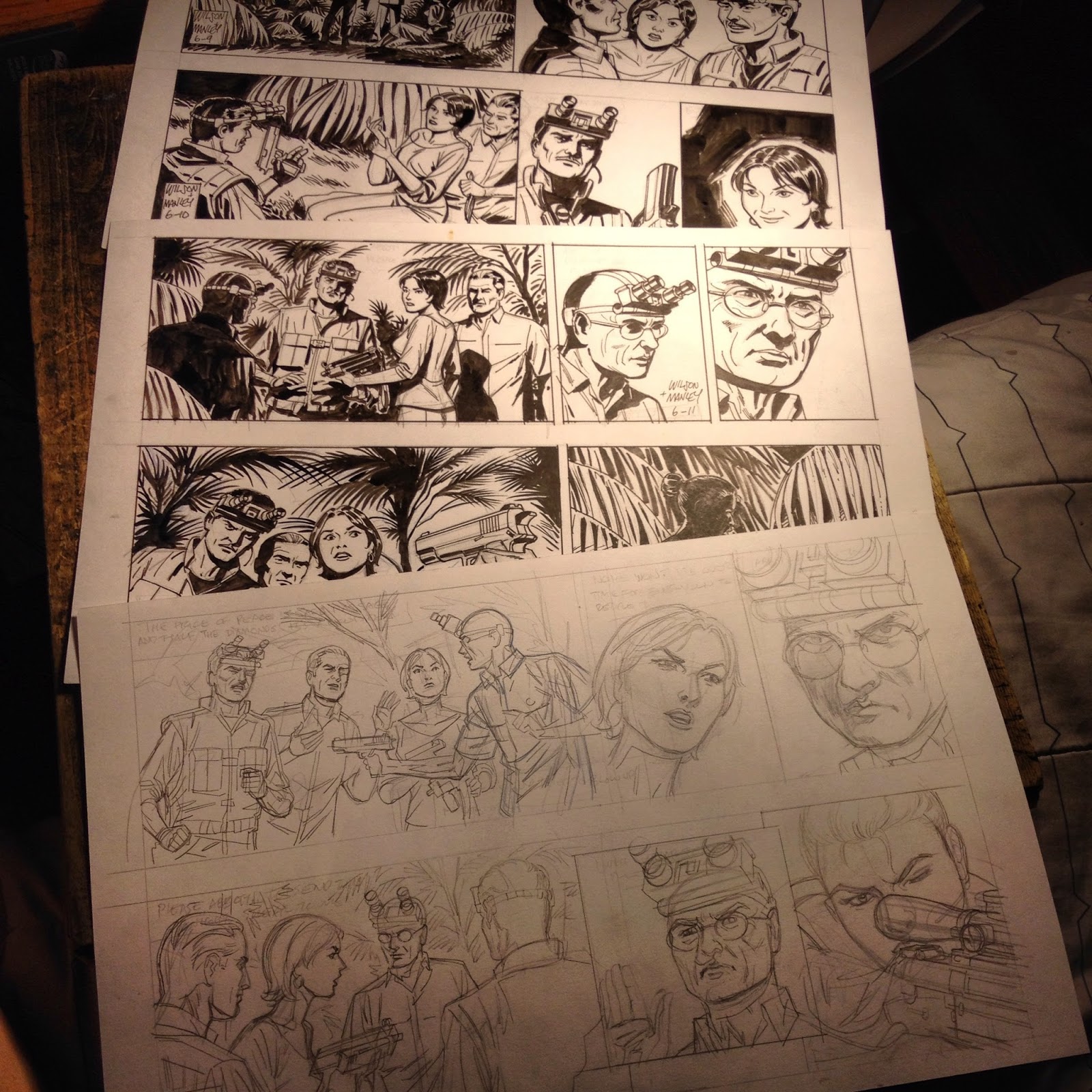 One of the constants of my universe is Judge Parker, no matter what else is going on in my life I am always working on the strip. Rain, sun, snow, ASE and final crits, you name it, I am always working on the strip. I am now working my way through my 5th year on the strip, as hard as that is to imagine, time flies in real life, while I don't think more than a year or year and a half might have transpired in strip time. Next year will mark my sixth year on the strip which will be the same amount of time the late Eduardo Barreto worked on the strip before he was to give it up, due to the illness which eventually he passed away from. This marks the longest run on any comic project by far for me, Darkhawk being 25 issues and Alpha Flight being 27 issues. Bot of those numbers are unheard of now in comics as far as continual runs on a book. It seems 4-5-6 issues is all you get before the team is off the book.

I have often looked back at Barreto's work on the strip and admired his run. Working on the same job I know now how hard it can be to keep at it every week, year-after-year. Strips are not for everyone, some artists could not handle the amount of consistent work needed and the fact you must try and keep your enthusiasm up---plus you can never ever miss a day in the paper. Woody Wilson, the writer has been working on the strip even longer than me, somewhere near 30 years now, and he also writes Rex Morgan.

The current storyline, the marriage of Randy and April has been going on since the end of 2012 and will be wrapping up in the next few weeks. I figure maybe 2-4 weeks has transpired in that time. I am working on that batch of strips now. Doing the strip is sometimes like working in a vacuum compared to painting. There is some feedback occasionally from real long time fans of the strip, unfortunately the Comics Kingdom message board is not such a place. Its just a den of trolls who seem to derive some pleasure from coming in to piss up Woody's and my leg every day. I don't get it, why waste time of something you don't like? But that is just one of the bad sides of the Internet and they have even published studies on the trolls and said how in real life they are unhappy, sad and bad people. So I suppose their second lives on the web should be no better. I wish King would take off the comments altogether and just post the strips rather than let people egg your house every day. Perception of value is important and I would never let anyone lower that if I could run the board. This is just one example of how fandom has shown it's ugly side in recent months. There was a whole shitbag of cats on message boards as the babymen got upset by some female critics comments on some ugly DC cover and threatened them and harassed them. But then again, what do you expect...this is just how the bad side of social media allows the slippery slopes to be greased with the greasy minds and manners of the babymen. 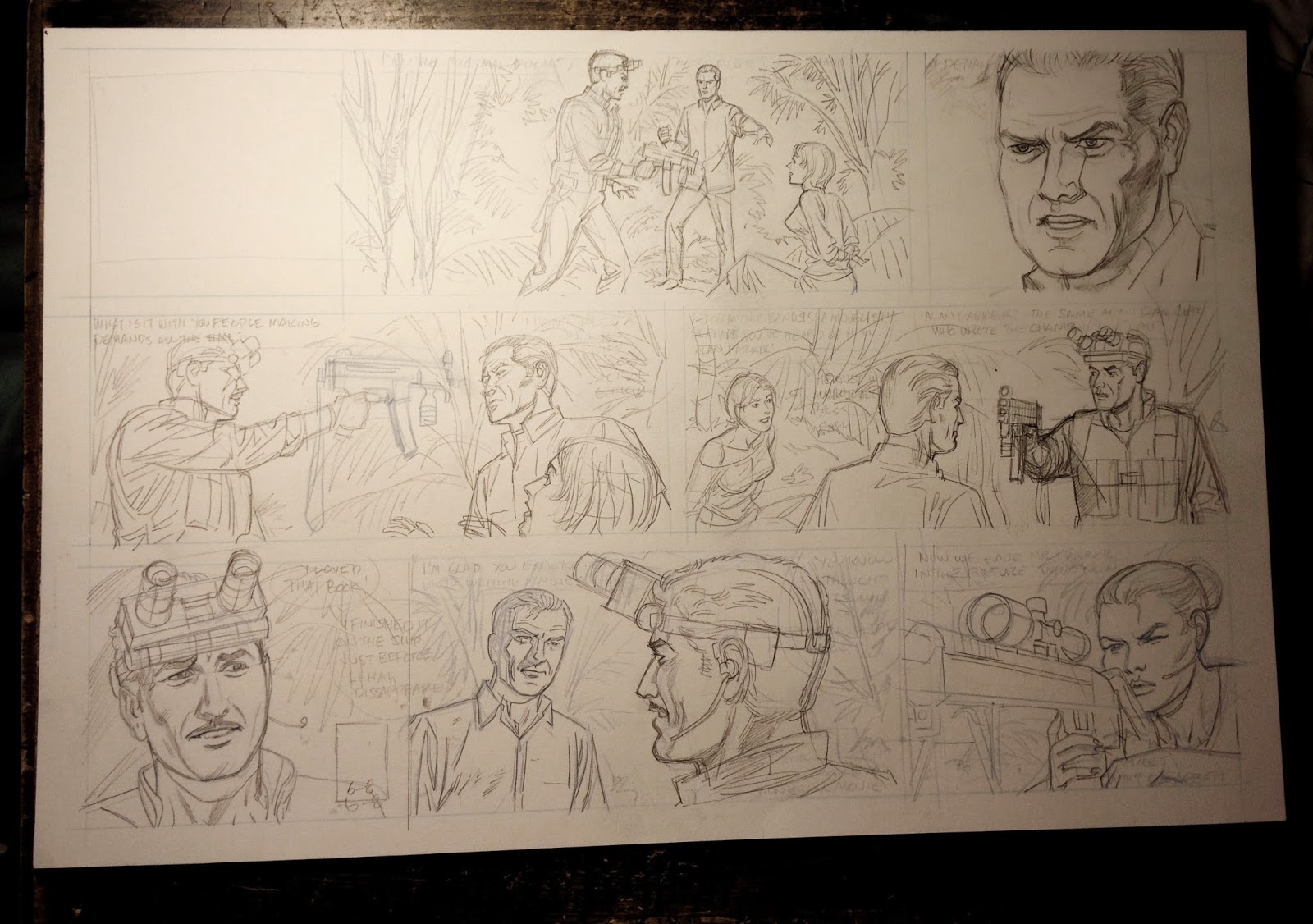 My process on the strip has also changed I think because I so much more comfortable with the characters, they actually live in my head now. This is a good thing because it helps me act them. This storyline was a lot more fun to draw since I 'm drawing jungles and wasn't drawing that*&^%$!! ugly kitchen in Abby's house. That thing makes no sense design wise and I can see how even Barreto had a hard time with it. But soon I will return to Spencer farms and Abbey, Sam and the Girls and I hope maybe I can get Woody to have the kitchen be rebuilt in a new story.
Posted by Mike Manley at 3:45 PM