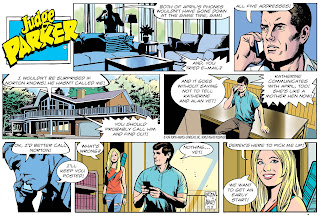 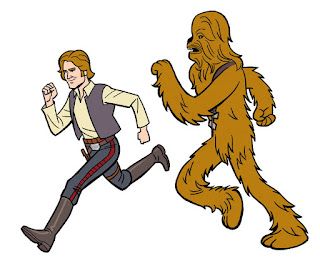 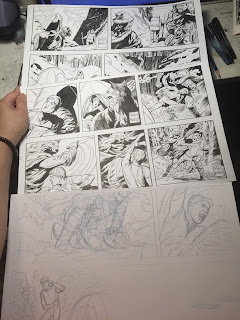 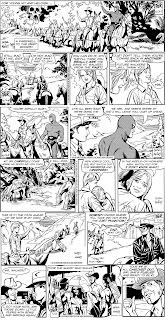 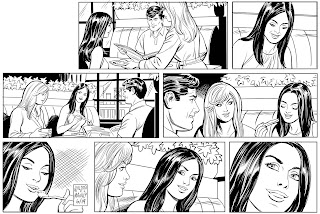 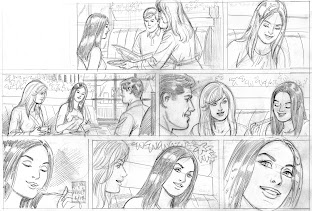 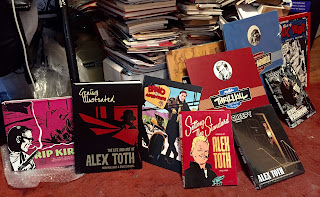 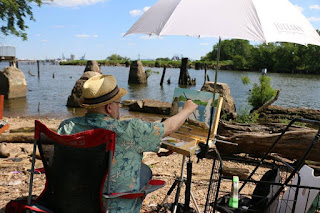 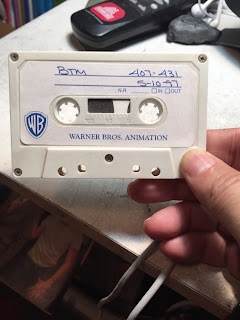 I have also been really going through a huge cleaning and purge of the studio which will go on for a while. I recently got rid of my stereo in the studio as I listen to all my music over my computer now, and which loading the equipment out I came across this old tape of the voice track from working as a storyboard artist on the Batman cartoon. I have many of these tapes and eventually the switched to CD's and then MP3's. I'm sure in another 20 years I'll have a similar pic of some old and no longer used platform or tech.
Posted by Mike Manley at 9:07 AM

Some of your b/w strips look even better than their colored counter-part(as we get from kfs). As here in India these Phantom & Mandrake strips are appearing colored,I am collecting these strips(by cutting from newspaper) since beginning of 2014 so i will get these in colored version for sure in my hard-copy sets but probably will look for their b/w repro in frew etc.

And the thing I forgot to mention is that please keep this old-feel in Phantom strips as long possible,because this is what made these strips,not only Phantom but many other vintage ones, way ahead than the current digital art. Saying this knowing the recent trend of go-digital.

Hey, congrats, Mike! I've been using a Wacom since the turn of the century but still enjoy the old brush and ink from time to time, and still use a pencil for all my layouts and roughs.

Glad to see your carrying on the great tradition on the Phantom--my first exposure was from my JKS instructor, Jose Delbo (it was one of our assignments. When he saw my horse, he said, "What do you feed that horse--Alpo?")

Wishing you much continued success with it and all your other projects. Hope to finally get that Colan article I sent published in DRAW one of these days too! All the best!

You are doing very well on the Phantom strip Mike. I've been squinting at the pictures of completed strips and also some roughs to whet my appetite for Kit Jr's continuing story. I particularly like the single panel daily strip of Kit Jr gazing for the first time on the monastery (inspired by the Potala Palace in Lhasa?) while surrounded by a few of the highly un-prepossessing locals. Your efforts with the faces of transient characters are outstanding.

This is simply awesome.Please have a look this and let me know ► https://www.youtube.com/watch?v=-4KG09Ya6xs