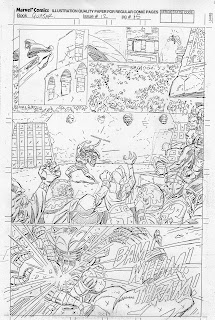 I came across a bunch of pencils from my run on Quasar back in the 90's, the first book I penciled for Marvel. Ironically I followed the late Paul Ryan on the book, who I would also follow on The Phantom after he passed away. 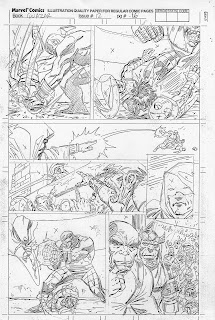 I experimented. a lot on this book. Mark Gruenwald wrote rich stories and I wish I had gotten to know him better as he was always very complimentary about my work. This issue was fun since I had the opportunity to draw The Eternals--another fun Kirby concept. When I started on the book I was doing a more "traditional" approach to penciling, having spent time in Al Williamson's studio and being a huge fan of his approach, as well as John Buscema, etc. But I think I saw the Cosmic Oddest by Mike Mignola and thought it was so good I wanted to try paring down the rendering and "push the forms more". Now I wince at a lot of the  nearly 30 year old drawing--but hey I was trying something new. 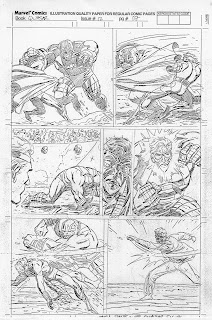 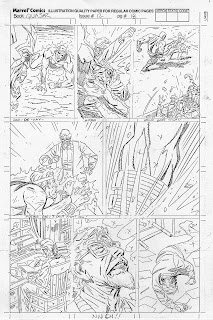 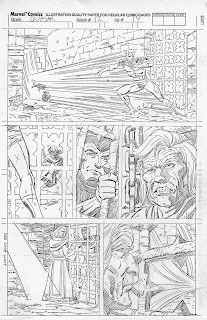 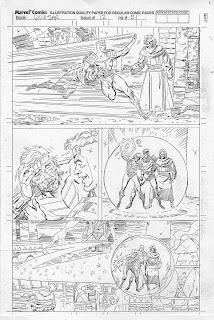 Hi Mike!
Wow! These are great! Would you share a higher resolution version - I would love to try my hand inking a few of these pages!
Kindly,
Jonathan

wow! so beautiful and awesome. thanks for sharing this
Surprised at BlackCloud Clutches

Thank you for updating this blog, it really helpfull to all readers.Keep posting.


They voted for PCX Dallas IT Services

Nice article, thanks for the information. You give me some idea's. I will bookmark for next reference.

They voted for IC Shoretel Support