Well finally the fall semester at school has come to an end and in really quite and enjoyable fashion, culminating with a trip to New York and the John Singer Sargent show at the Adelson gallery with the school chums and Dirty Palette buddies. 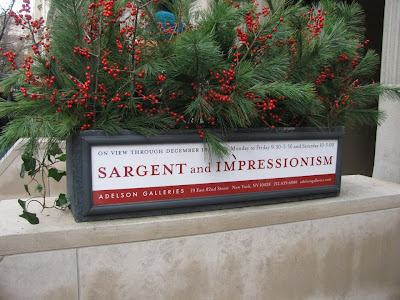 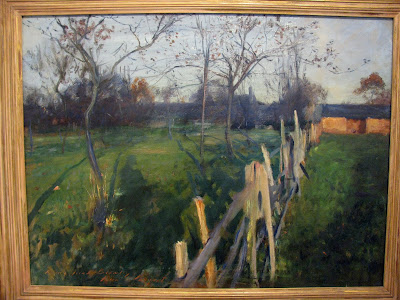 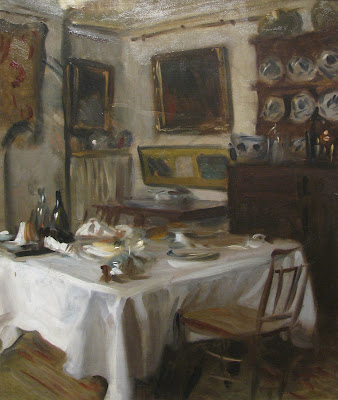 The show was worth it for me just for the two paintings above alone, but it's a great show over all and really worth the trip as there are many pieces in it from private collections and when they go back to the owners who knows when you'll see them again. The painting above entitled Home Fields is one of my all time favorite painting in the world and it was so great to be able to see it inches before my eyes. It is such a learning opportunity to see the original painting , so much is hidden and lost in reproduction. Sargent was not a "Thick" painter, there are thick applications of paint, but they are in selected placed to have the most impact, a group of swans dashed in with a bold white in the background, or the light mass of a face. The paintings were all in really great condition as well. You can feel the speed and deliberation at which Sargent worked and the fact he was really painting light and it's effects scattering along a lake, across a lawn, glinting off a glassy surface, and here he has the most in common with the Impressionists. Loose choppy brush strokes in the right place, in the right shapes, in the right color and temperature which create the sparkly mass of a tree in the sunny breeze, or the shimmering of silk on a dress.

You can also see in my opinion how many illustrators were influenced by this approach, illustrators like Haddon Sundblom and Andrew Loomis especially come to mind. Strokes that go along or with the form to describe it, Anders Zorn also painted much in the same fashion, it's interesting to study art by all of these artists next to each other and observe the common approach and influences. Frankly i was almost a bit drunk after seeing this show and I will still be processing and journaling about what I've seen. 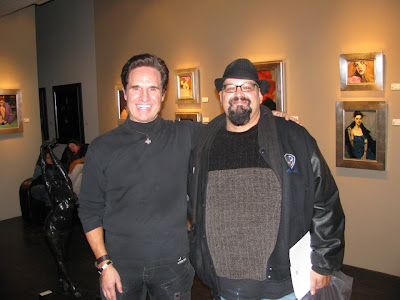 After the Sargent show we all headed down to the Arcadia and Wendt galleries. At Arcadia we hit the Malcolm Liepke solo show, which was nearly sold out by the time we got there. I had a nice long chat with Leipke about his current work and his days in illustration and how much the field has changed. Its clear he is really energetic and passionate about his work present as well as past. 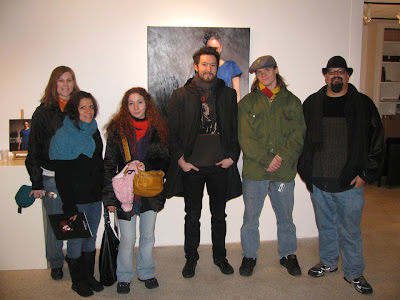 At the Wendt gallery we popped in and caught artist Casey Baugh just before he was about to leave his opening and head off and try and see the Sargent show as well. Baugh was another open, gracious and friendly artist with a show littered with the red dots of success. He posed with the gang for a quick picture and we all got free copies of his show catalogue. 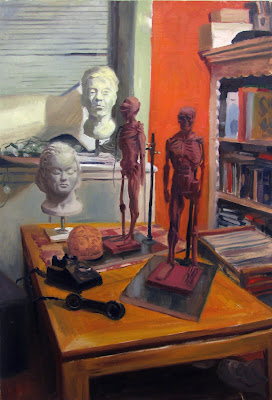 We all beat it back to Philly, and the next day I had to get to finishing a painting--heck-even starting a painting for Scott Noel's class. So I decided to do an interior and really for practical reasons, with my schedule now its almost impossible to get enough consistent daylight hours to do something, so an interior made the most sense. So charged up from my Sargent sojourn as I watched the season 5 finale of Dexter I started slapping the brush around on this 20 x 30 canvas. This took me about 6 hours. and I had my laptop nearby with the pictures I had snapped of the Sargent paintings for inspiration and guidance. 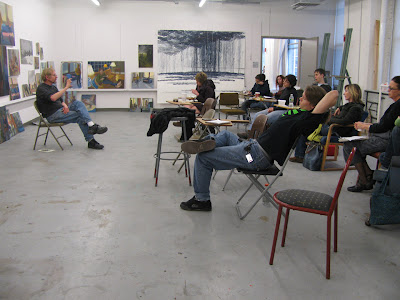 I was kinda bleary-eyed when I hit school for my final two crits with, Pat Traub and Scott Noel. 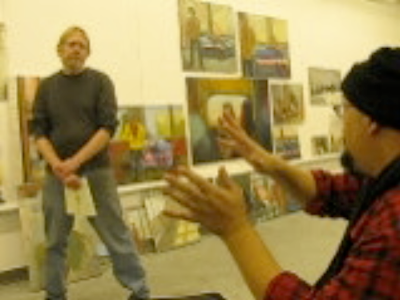 Scott wanted this last painting to be a conversation with another painter and felt that my still life was a success and that following Sargent's example was a good choice for me. We had a long class discussion about illustration vs fine art and if painting was still valid or even important today. Obviously as painters we all felt painting was still vital and I think the growth of and the noted success of figurative painting as well as the growth of small schools and ateliers are just some of the signs of this. 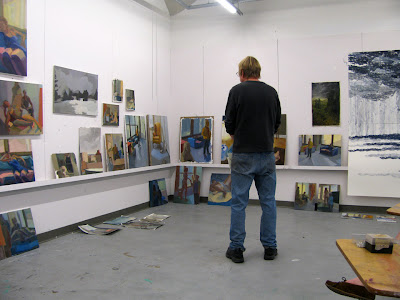 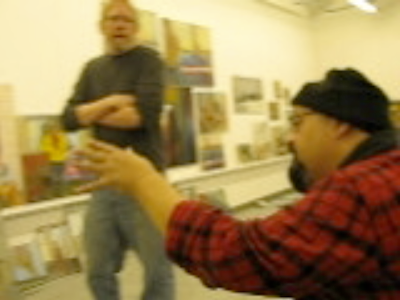 Scott and I talk about my paintings. 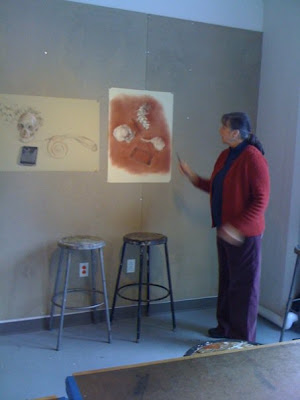 Pat Traub reviews one of my fellow classmates work. 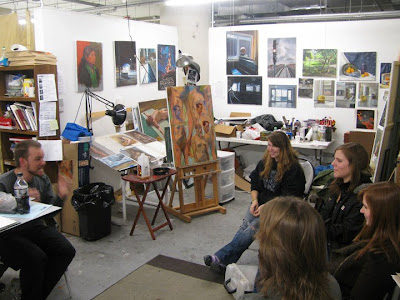 This is a shot of our studio from our open studio we had a week ago on the 4th floor.

So the semester has come to a grand end, friends like Dave are graduating and others are returning to home for the holidays. I have a lot of freelance to catch up on and a house that looks like a bomb hit it! So I have a lot to catch up on over the next week or so until Christmas, then i will be back in the studio full time to start that 8 foot painting and get ready to see what 2011 will bring me!
Posted by Mike Manley at 4:06 AM