Thanks to one of my students at Uarts, I found out that James Gurney of Dinotopia fame was coming to the school to do a lecture and a demo in the Illustration Dept. So after burning an all-nighter to get the Judge Parker Dalies in, I grabbed a bit of shut-eye and shot down to the school, arriving just in time to see a great talk by Gurney and a demo as well. I missed Gurney's talk the last time he came to the school and would not be able to make the talk he is doing down at the Delaware Museum of Art on Howard Plye as I have the reception of my show in New Jersey on this Saturday as well. Gurney started off with a great talk about color which ties in with his book Color and Light: A Guide for the Realist Painter. It was a great power point and he really dug into the subject well for illustrators and painters. Gurney is a great speaker and has his Rap down. He should, as he seems to always be traveling and visiting art schools and places all over the world as you can see on his blog. I have been following Gurney's blogs for a long time and visit several times a week, its a great resource for illustrators,painters and students of all levels and always fun read to see what he's up to and where in the world is James Gurney. 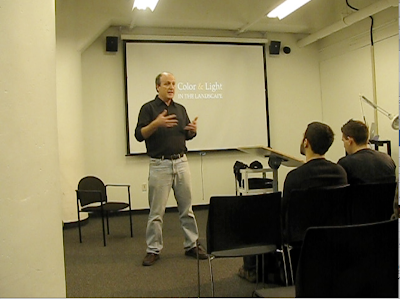 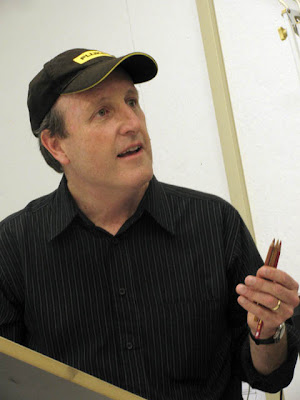 After the first talk he took questions from the students and then set up for his demo portrait of Mark Tocchet the head of the illustration dept using Niji water pens which he filled with various inks and watercolor pencils. Gurney also brought along a few sketchbooks and a few originals to show the students. They were all quite handsome and it was great to hear him talking about the same things I talk about to the storyboading class, including one of the assignments I have which is the reverse storyboard, where you pic a film and storyboard out the film to study the compositions, camera moves etc. 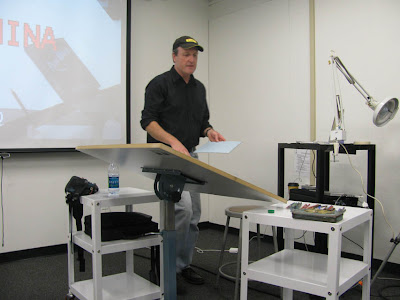 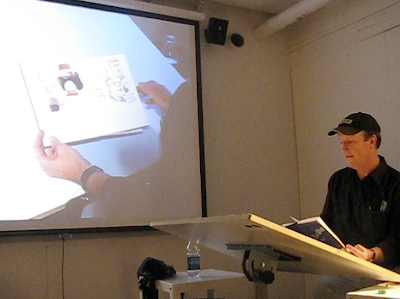 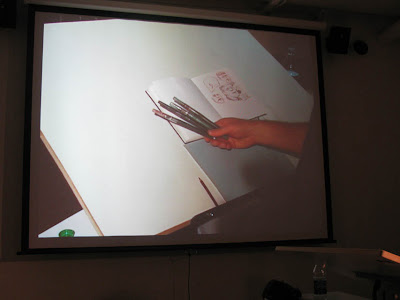 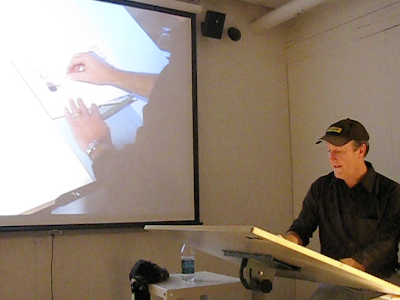 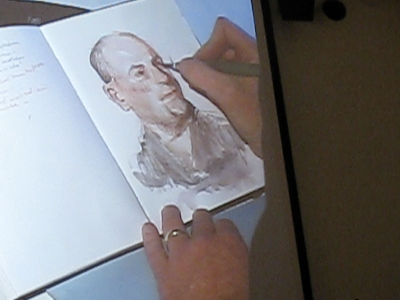 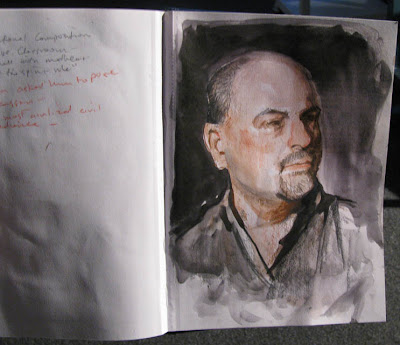 Here is the final portrait, it was great to listen to Gurney as he talked while he worked fielding question and keeping the audience informed and entertained at the same time,not an easy feat and something many artists can't do--talk and work and explain their process! 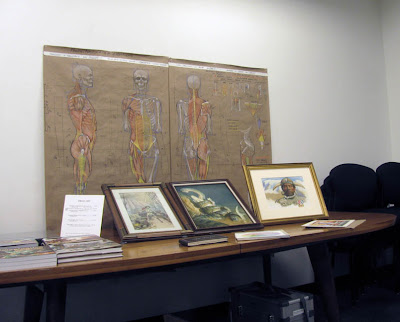 Gurney was a dynamo,after the demo he gave another great talk on composition with another great power point. I have to say along with the talk by Robh Ruppel at Illux Con this last week a lot of students are really getting the "Golden Nuggets of Wisdom"of painting,film and illustration. I'll be giving my report on Illux Con 4 this weekend. 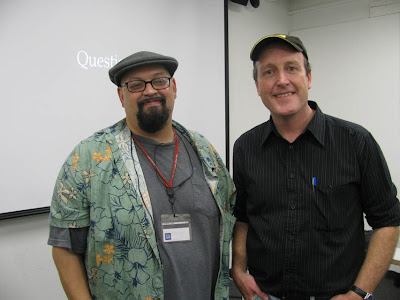 It was great to see and meet James and I hope we can get him to come down to PAFA and do the same thing.
Posted by Mike Manley at 12:31 PM

Wow, that must had been really interesting experience, to see such tallented artist at work and listen to his lecture at the same time :)