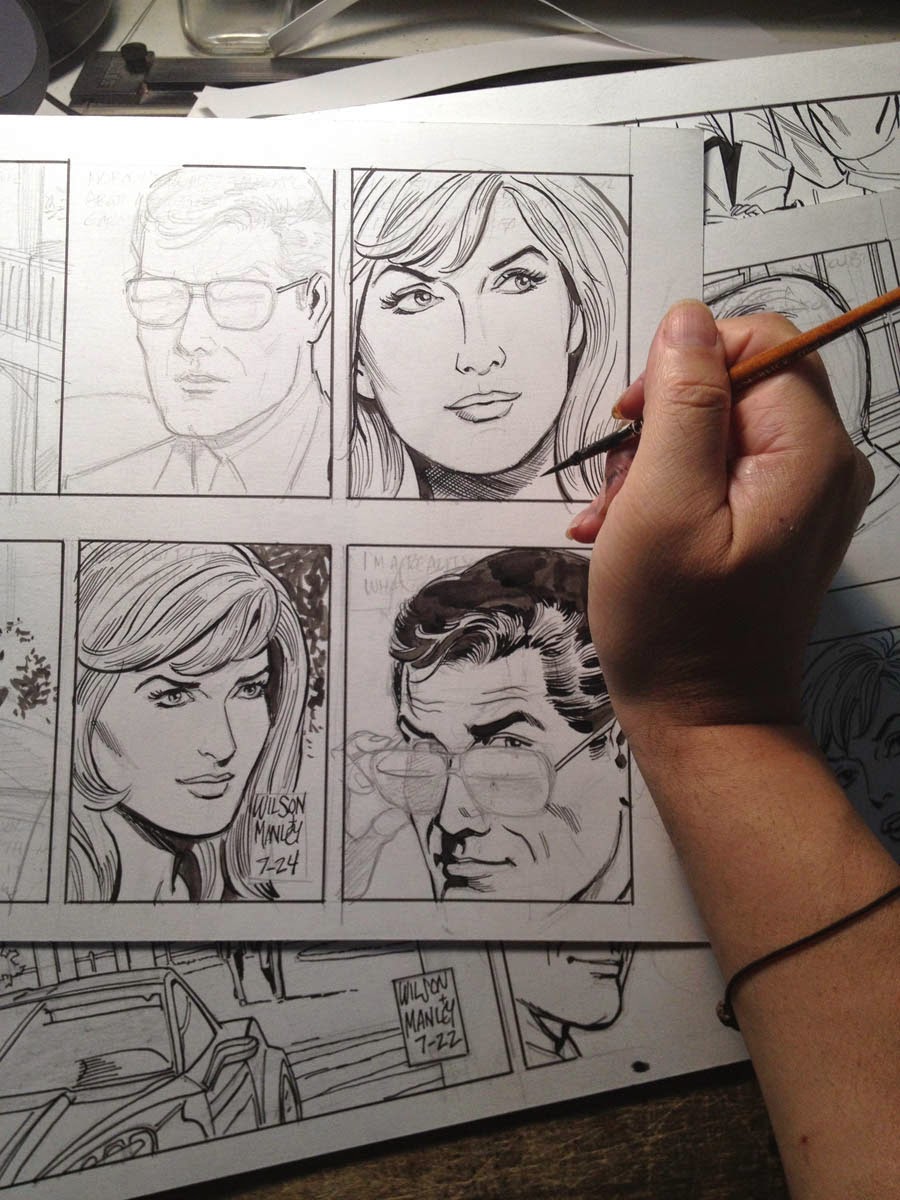 This is a process shot of me working on the Judge Parker strips for the of week 7-2. We've been back at Spencer farm for a day or two now which equals a months worth of strips so far. One thing fans sometimes fail to grasp is how strip time is much longer than real time, and that also depends on the amount of characters and complexity of the story.

One of the things I like the most about the strip is working with the traditional tools, pen nibs and the brush. I do use Pitt Pens as well, but nothing beats the snap of a good pen nib!