Return to the Wizard of Philly 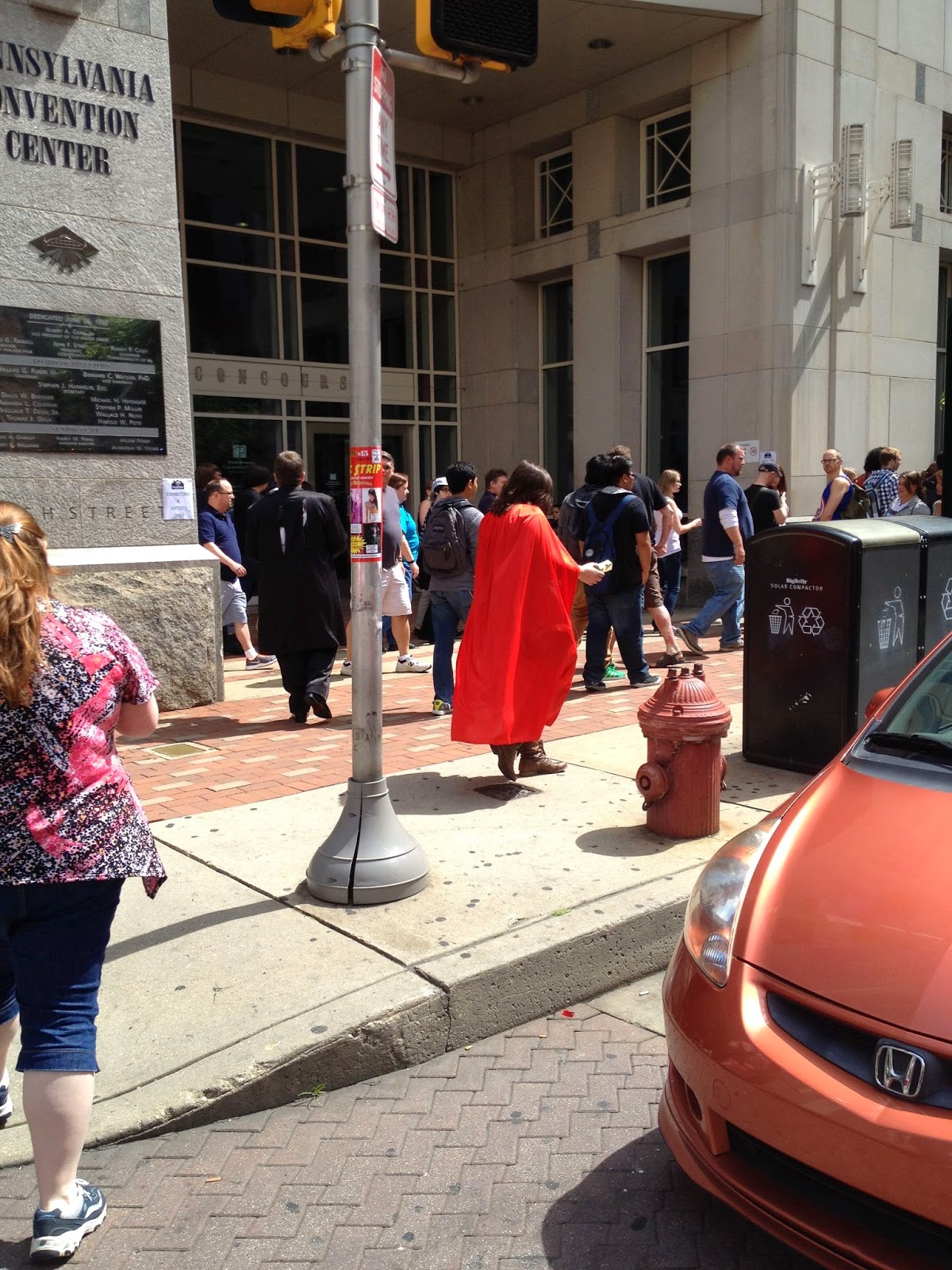 After a seven year hiatus from comic cons I returned to the Philadelphia Convention Center and the 2014 Wizard World Philly Con. I noticed it was a smaller con and there was no big banner like the last time I attended. 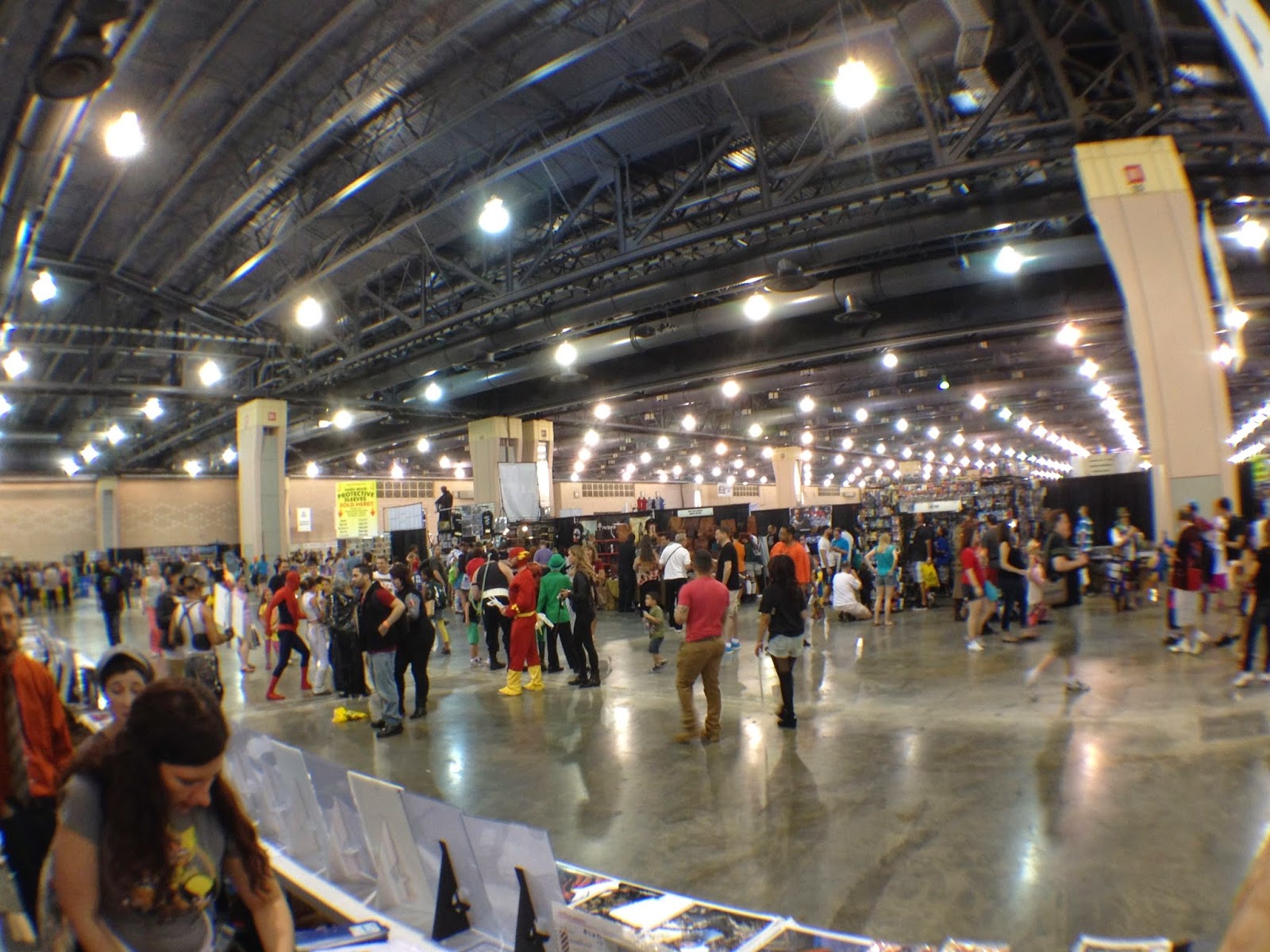 A lot has happened to me and to comics in that seven years since I last walked the halls of a major comic con. I went back to art school and graduated from PAFA with my undergrad and then Masters in painting. I grew a lot as an artist and in many ways in a different direction than comics, and that changed many things in my process and thinking as an artist and put my creative energies in two different domains. Comics really went Hollywood in seven years. I mean really went Hollywood. Its what keeps the whole thing afloat. I couldn't imagine seven years ago Disney owning Marvel and Star Wars. 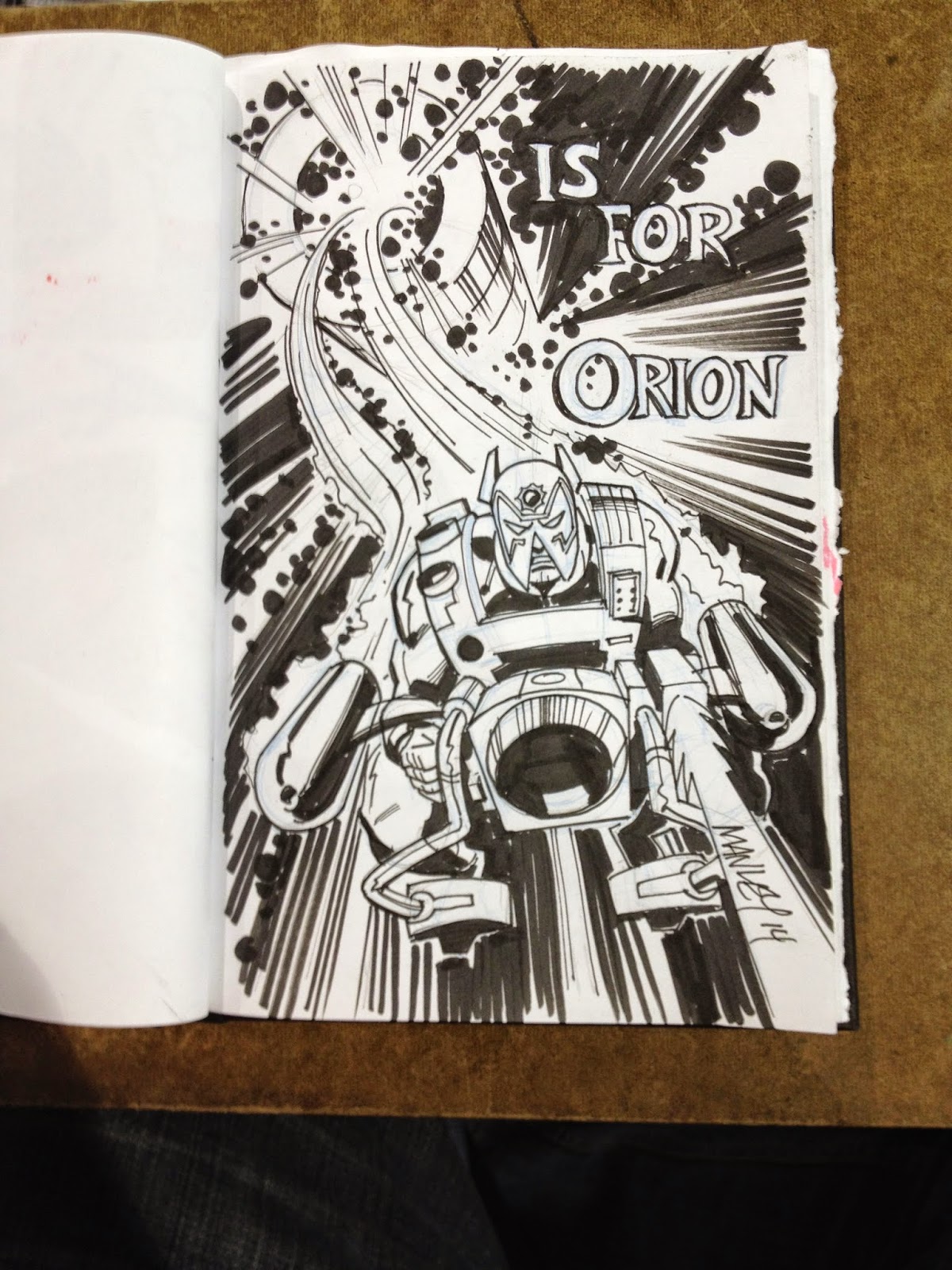 After about 2010 I have only dabbled in comic books, A Superman here, Aquaman there, some Magnus, laying out stuff for other artists, etc., but especially after a big disappointment with Martians Go Home I shifted from animation and comics to comic strips and working on Judge Parker which professionally is the best gig I have ever had. In this time away from the mainstream of comics I have monitored it and watched as the Hollywood aspect of comics has taken over as the main driving and creative force for the mainstream companies. 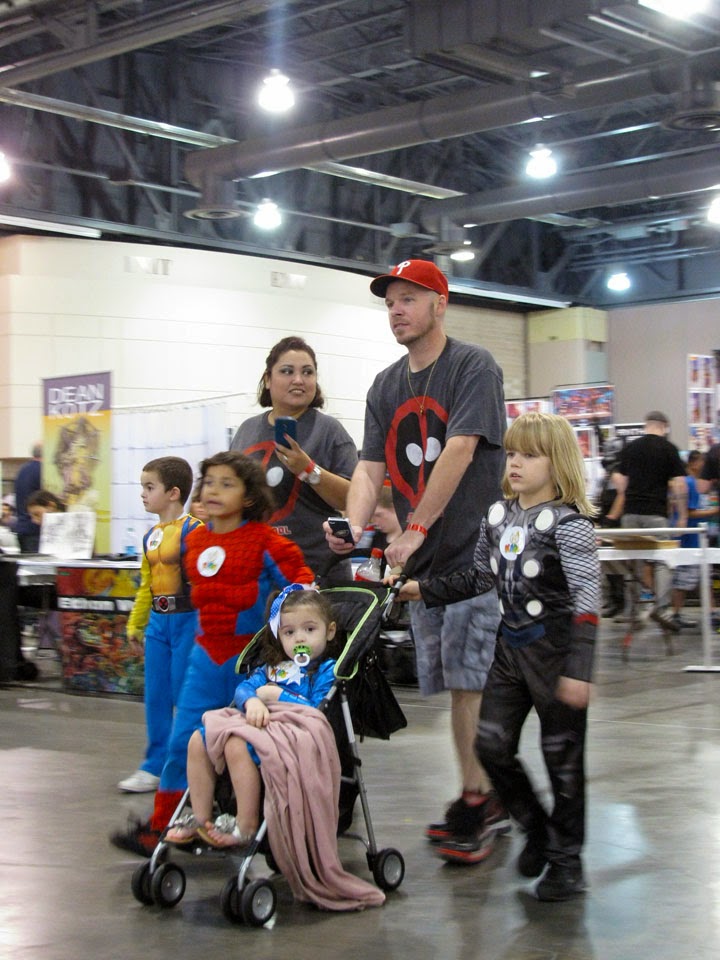 When I was last at Wizard I saw guys still carting around boxes and want lists, plenty of people, though mostly older, still collecting comic books. Last weekend I saw people just walking with prints, not comics, and it seemed everybody was selling prints, there must have been thousands of them there. 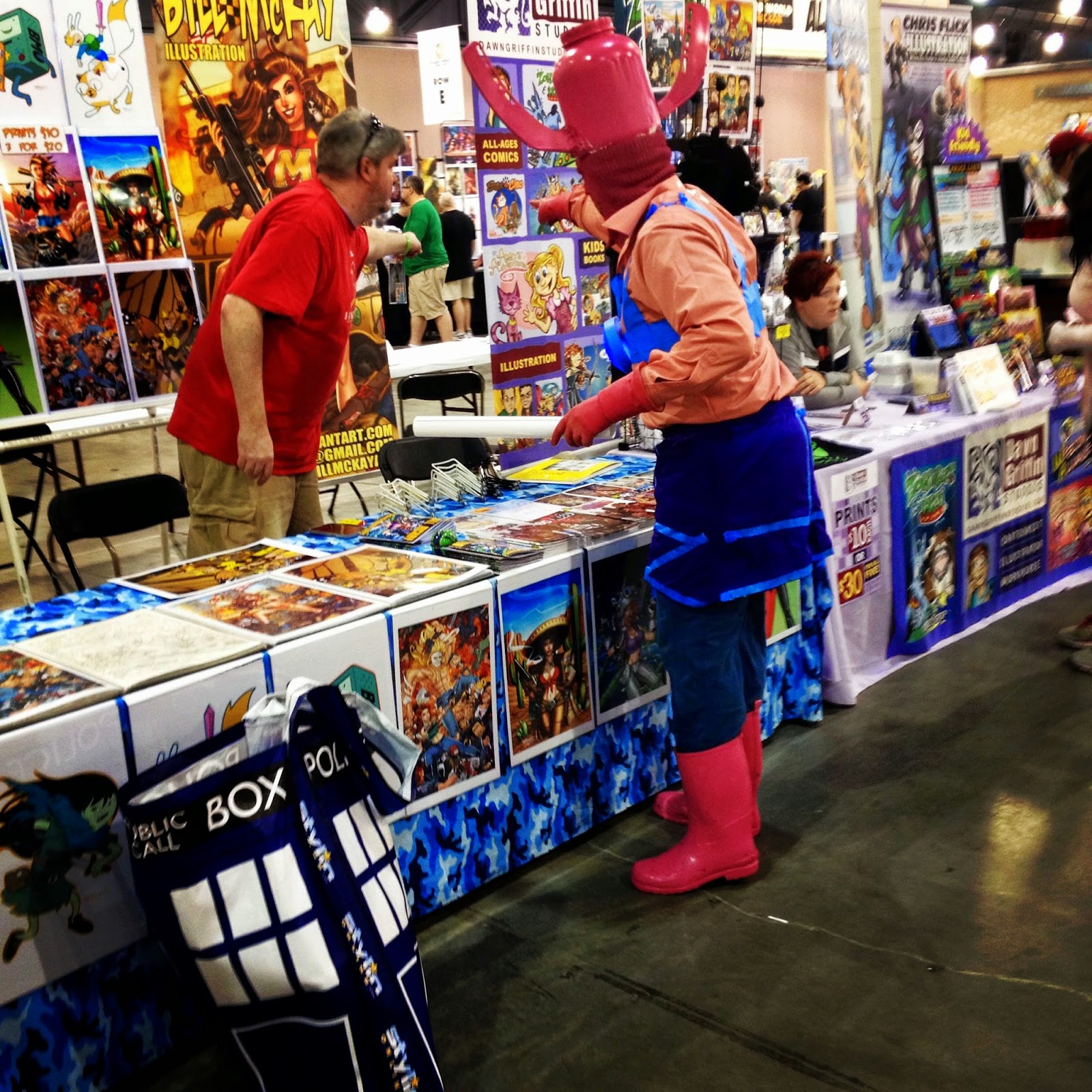 I also saw more women and way more cosplay, and whole families in cosplay. Boyfriend girlfriend cosplay. I know at the anime cosplay conventions this was pretty normal for a while, but there was a ton of it especially on Saturday.


I did a few sketches and sold a little art and did a few panels which were OK, but low attendance I think due to the fact that I didn't see many young artists with portfolios looking for critiques or breaks. I think that is mainly due to the fact that no major publisher does this show. There were no Storm Troopers or Star Wars troups like before, somebody told me it was because they were not getting breaks to get in and it was too expensive. 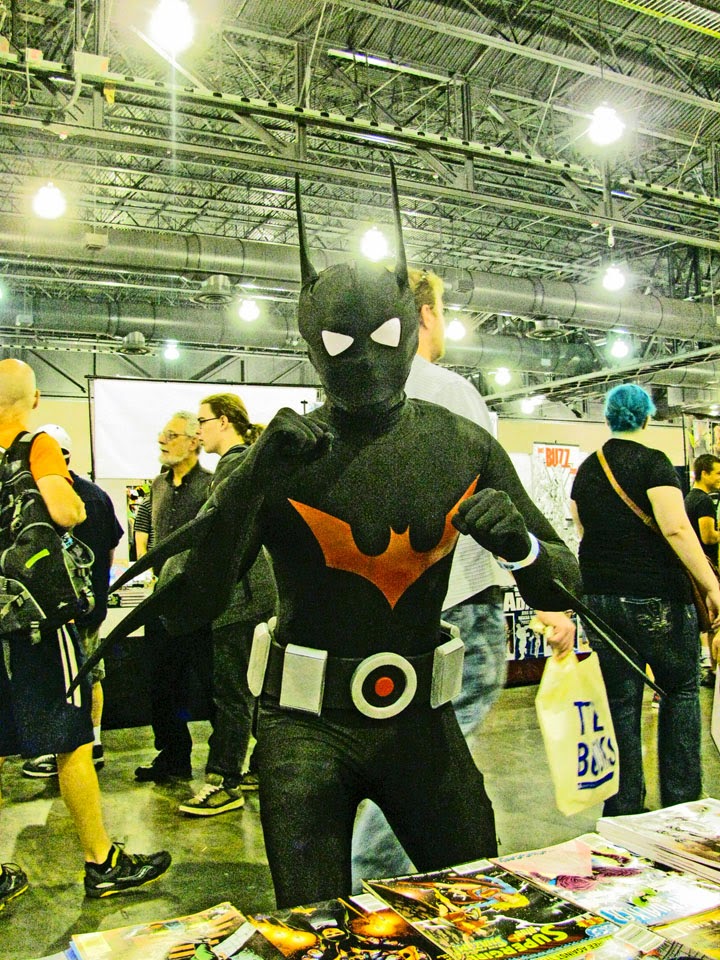 There was a big lack of the dreaded babymen at the show as well, maybe they orbit the big NYC cons now as the Wizard show is really a general entertainment show. Hell, Whoopi was there! I think the cost of getting in, and people spending big dollars for autographs and the fact that it seems more about whats on TV and the movies than in the comics has changed the game, at least for this con. People are fans of Wolverine, or Spidey but not necessarily of the comic books of these characters. In a way I think its what the companies really want, mass popularity based on the new media platforms, and print really isn't a big part of that now, its marginalized, I really felt that at this show. 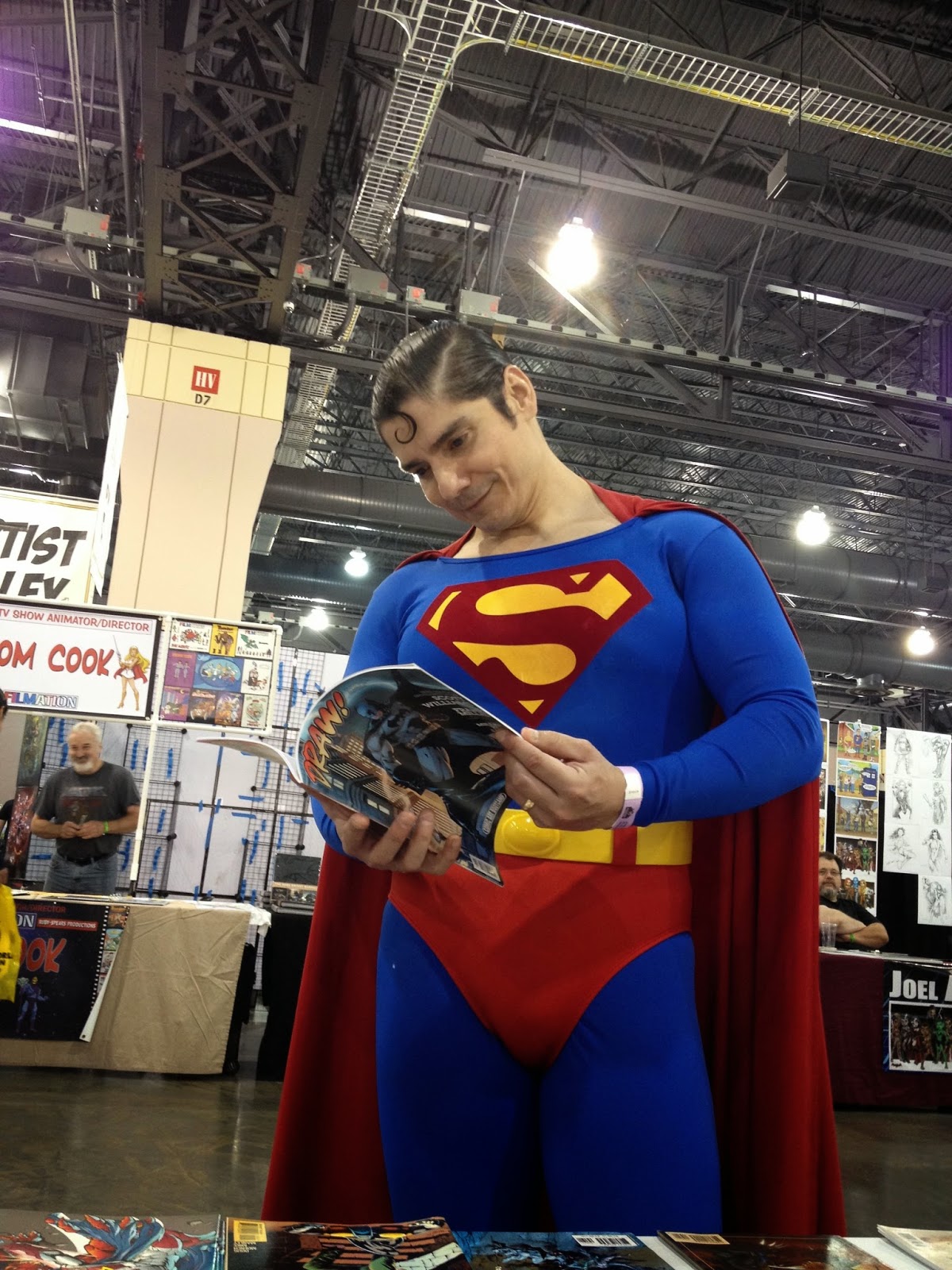 My long time buddy, former Marvel editor Danny Fingeroth got me in and on the panels. I had a good time, maybe in an ironic way more than before when I was more involved daily in drawing comic books as a profession back in 2007. Now I have hot irons in other fires and don't seek artistic fulfillment from comics now, I still love doing it but my painting fulfills me in a way comics can't.

I also think that readership is an older persons thing it seems, so many stories in the media about this now and people trying to find a way to get kids to read, and its seems that comics would be a natural...but I think the cellphone and tablet are too deep in the youth culture now. Kids mostly don't read, or like too it seems and I never saw a single kid with a comic the whole time over the four days. All in all I can see how the rise of geek culture to the mainstream makes everything geek more acceptable but in a way also a lot of it the same and kinda' boring.

That always happens when things tend to reach a mass audience level.

But it seems it is constant con world now with multiple cons happening every week and then I suppose we will either have the constant con or maybe an implosion of some sort lead by the failure of movies, and the fact that once saturation is reached, people will want something different? 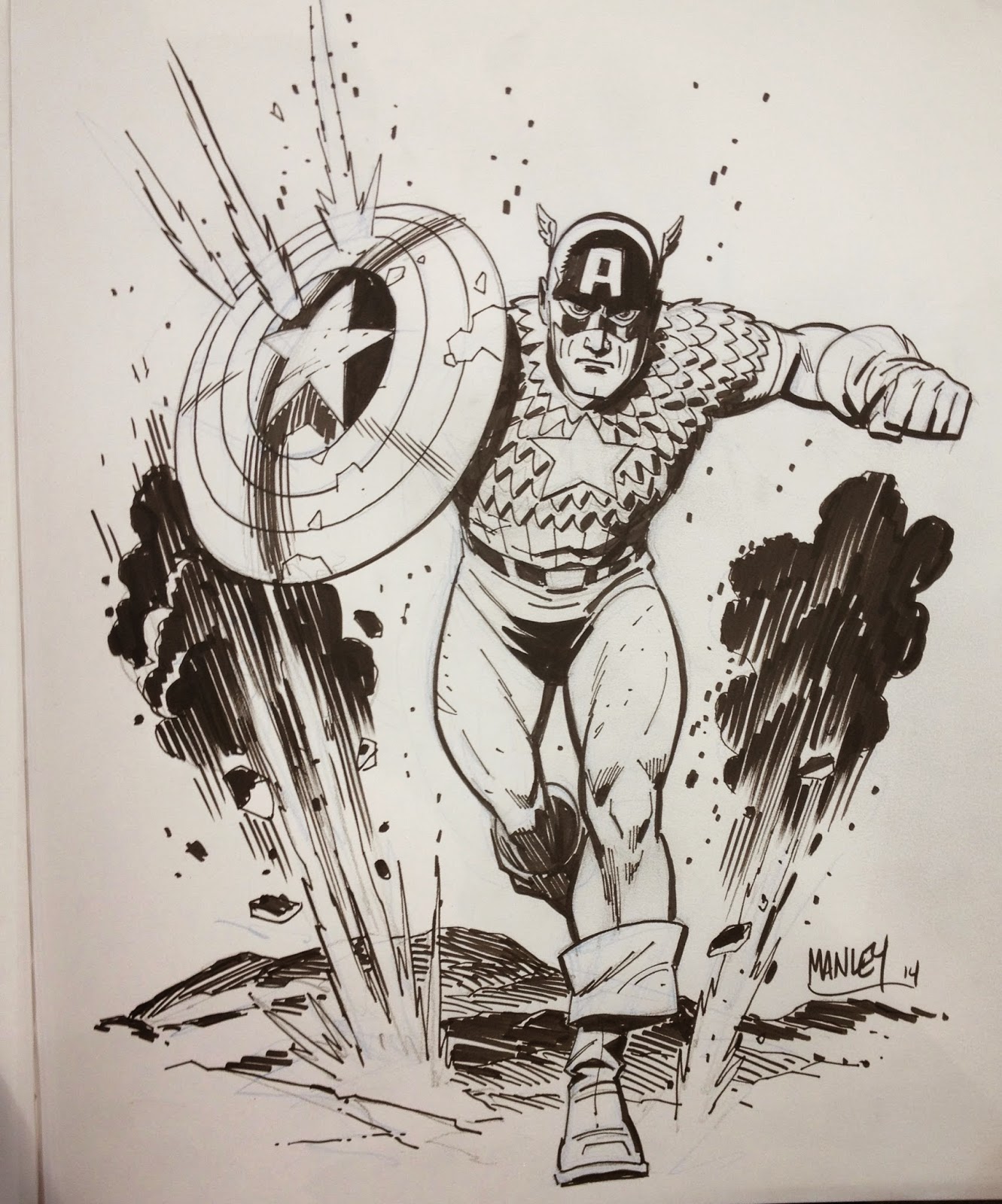