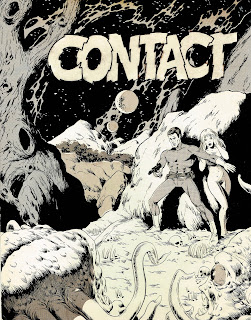 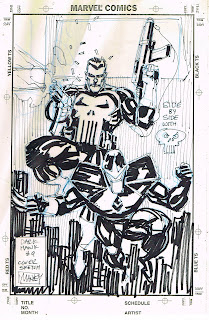 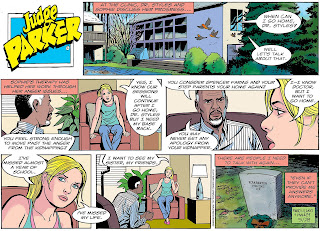 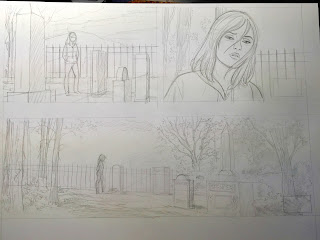 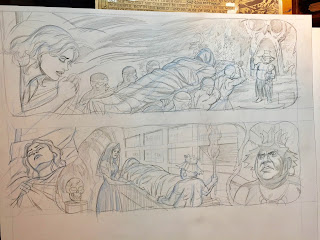 This video shows me inking on a Judge Parker strip. I have been doing live demos on my Facebook page so keep an eye out.
Posted by Mike Manley at 12:48 PM

Thanks for picking up on the blog again! I love the examples of work in progress. I also value your perspectives on the comic's histories. I had turned to the CK comments for the occasional historical perspective nestled with the absurd negativity, but hope to turn away, now. I was a young Phantom fan in the 60s and am delighted to see the action clarity you bring. But it was your JP work that first drew me into reading the strip back during April's action-packed jungle adventure. Your art has inspired me to pick up the drawing I had dropped when I got very busy on entering undergrad studies in science.

You are welcome William. I am trying to get back into a regular posting habit again on the blog. Yes the CK blog is full of terrible losers who dislike the strips so and think they are comedy geniuses. If you don't like it, why read it every day for years? I have gotten so many people to say they were long time Phantom fans, including my Dad who read him as a kid. Best, M

Do you still have the Darkhawk cover rough? Is it for sale?

Hope you do more blogging Mike! I like this format about the best of any online venues. Seems to provide the most freedom and flexibility to post as you would like. :-)

i love reading comic strips, this one is the best!
website

I wish to indicate because of you only to bail me out of this specific trouble. As a consequence of checking through the net and meeting systems that were not beneficial, I thought my life was finished.
ioshcourse in chennai