Open Studio and the Final Approach

Yesterday was the annual school wide Open Studios at PAFA. The entire school is open from 3rd year to 2nd year MFA students who have studios and people come from all over to walk the floors peaking in at our process and work as artists at PAFA. I teach on Friday's at PCAD in Lancaster so I had to race from there to Philly for the open studio---by race I mean spend 3 hours in traffic!

This Open Studio was my last as a student at PAFA and maybe the best so far as I was very busy all night talking about my work. I think I had more people in my studio and talked more about my work than any year so far. It was at times standing room only in my little studio, which is great. 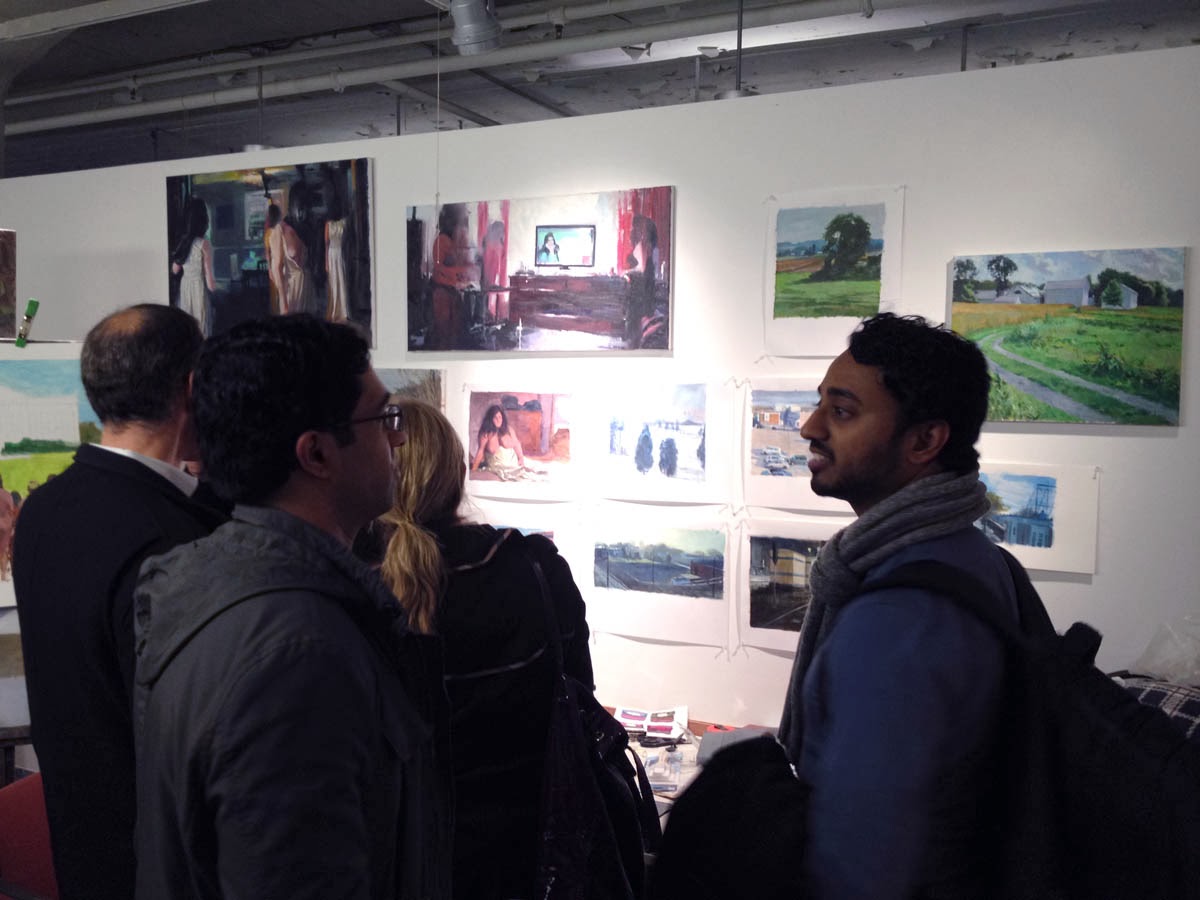 Lots of love for my landscapes and for the series of figure paintings with the hooded or draped figures. I had a lot of interest in those paintings by several young female painters and artists who found the ideas and subject matter very interesting. 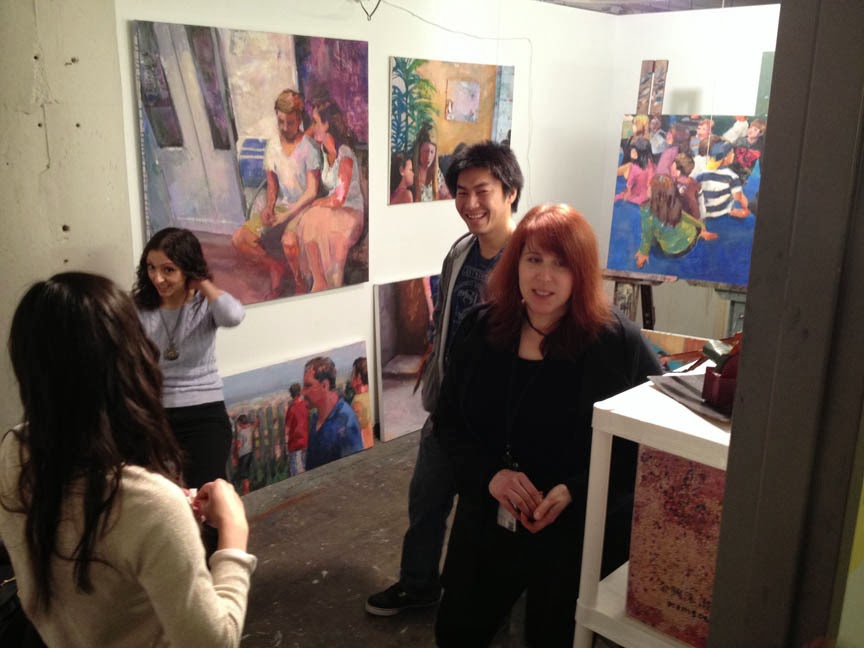 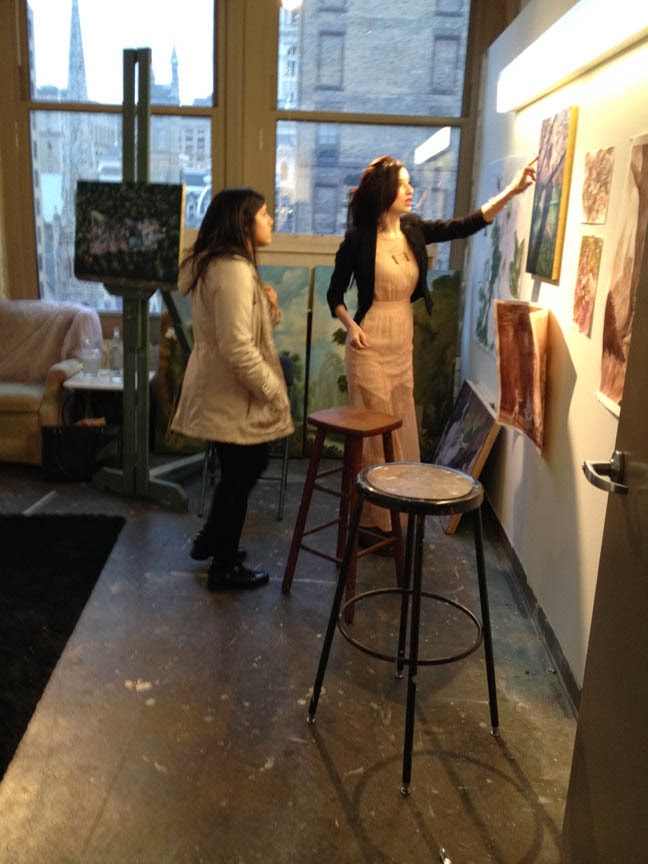 There were some interested buyers too, who may come back or maybe will show up at the ASE. I was so busy that I didn't get a chance myself to get around to most of my fellow artist off of my floor. It seems that this year they weather being a bit warmer and not snowing made people want to get outside and enjoy the art. Kudos to everyone!

This of course means that the time grows shorter to my exit from PAFA as a student. There was also the call for the 4th wall review this week, the annual event where they bring in a jury of outside critics to judge the work of the MFA 2 class. I have seen the last two events but decided to pass on participating myself this year to just spend time on my own work. With time being precious I have to make choices, and since I am already showing it wasn't something that appealed to me. 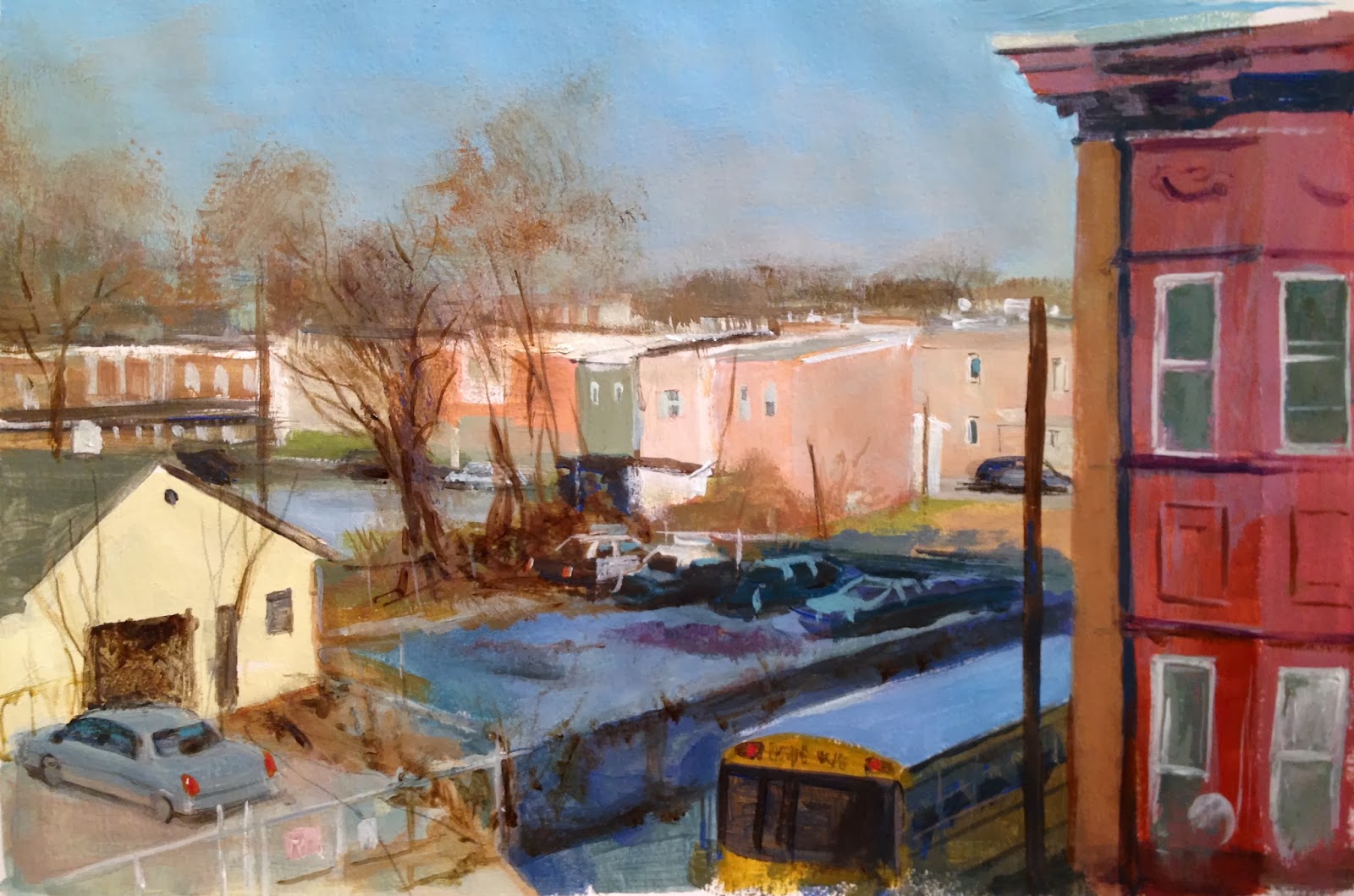 I am also happy to say my painting Morning Pick-up won the Outstanding Acrylic award in the January Bold Brush contest. I had this painting on display in my studio for the Open Studio and it was apiece many people talked about and pointed at during the evening. This just makes me even more hungry to get pack to painting more---which it seems I haven't had a chance to do much in the past month. I can't tell you how frustrating it is at times to have to do a lot of other things and not paint, but it seems many other students are in the same place between seminar work, etc. But I think this weekend I will get back to it. 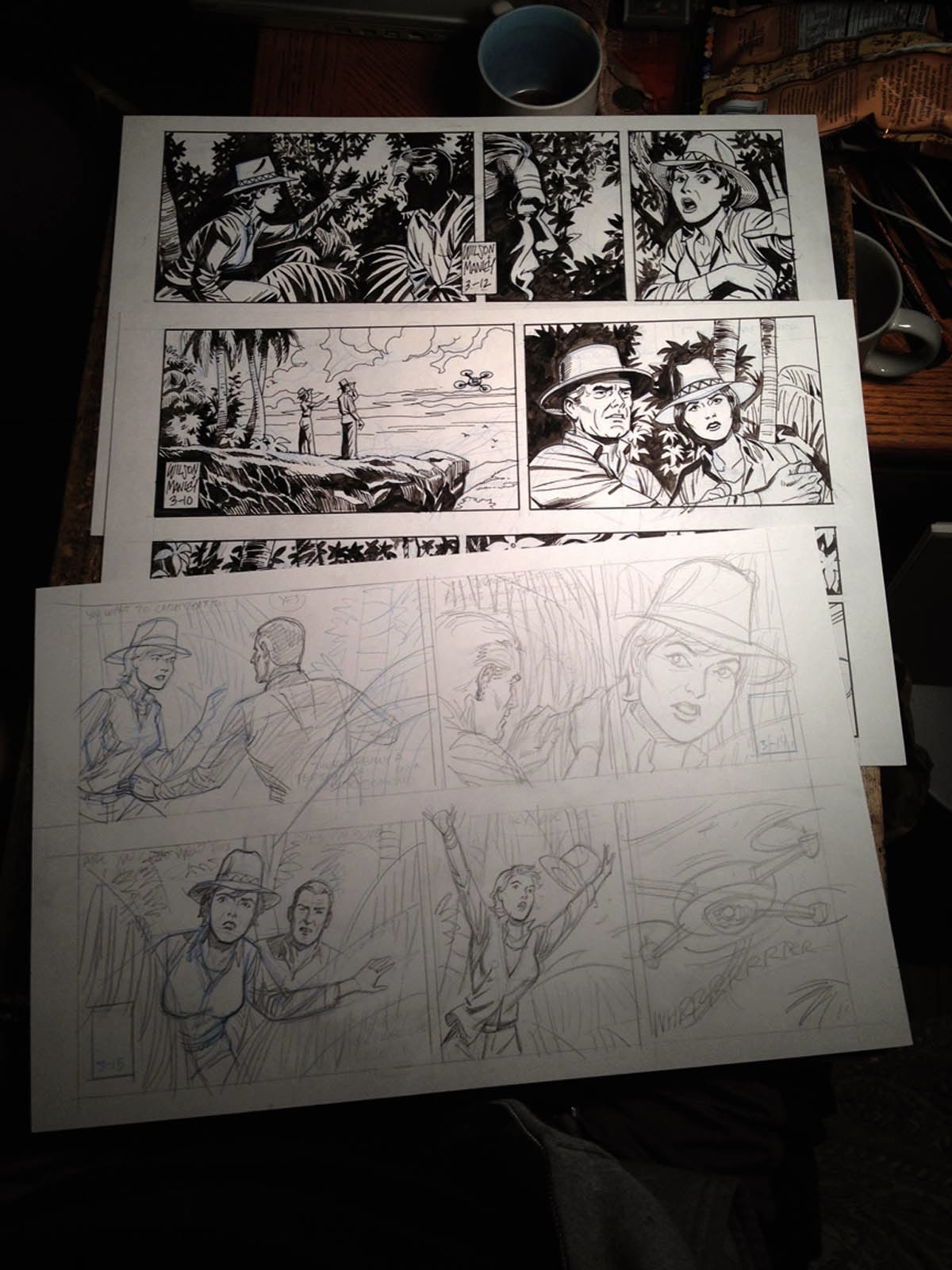 As always the Judge Parker strip churns on, this is a in process shot of last week's strips. There was a sudden editorial change requested which made me rework a lot of this week's strips. Seems editorial thought it might be a bit too racy, or sexy as written and drawn, so Woody and to do a  rewrite and I do a redraw. I guess they don't pay attention to the comics Kingdom message board, where the faceless commenter's seem obsessed with the sex acts and lives and breast size of the strips characters.

The winter's weather has still been a huge pain-in-the-arse on my commute to Lancaster to teach a PCAD. Last week the turnpike was an ice rink which resulted in a 100 car pile-up which thankfully I missed, though I did pass to smaller multi-vehicle accidents on the way, and this week it was dense fog. But my class is moving along well. We are moving on from designing characters to designing their vehicles. Next week is spring break at PCAD and then the next at PAFA. I plan to use this time to do as much painting as a I can.
Posted by Mike Manley at 2:34 PM