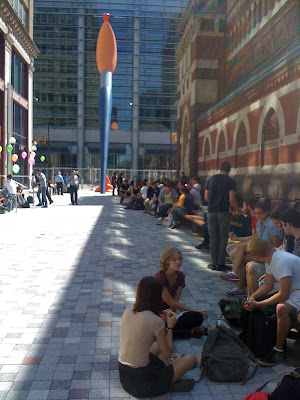 All hail the mighty Paint Brush!! This week was the official opening of the Lenfest Plaza and the grand social experiment that will be happening daily on the steps of the school. They opened the side door of former gallery 128 and grilled up hamburgers and hot dogs for the student body and faculty--almost a Noontime Nuggets Mixer. 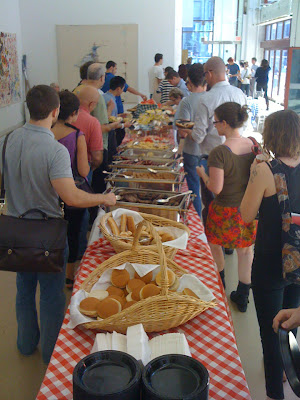 We all sat at the new benches and ate as we enjoyed the beautiful summer afternoon. I would say the paintbrush or Paint Torch (it's official name) by Claes Oldenburg doesn't seem very popular to say the least with most of the student body. I think most everybody I know would have prefered it be something other than a paint brush and that there would have been a competition hosted at school and offered some of the great sculpture alumni or faculty to compete. I also think it just clashes with the Historic Landmark Building too much. It would have been great for Pennslanding or Love Park. 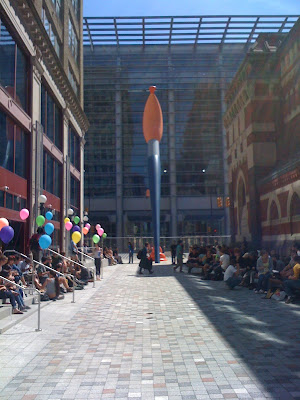 It looks too pop-camp for what I think should represent our school. Out of sync and out of date are what I feel about it in the end--though I do like the design of the plaza. I think however the fact we have a women's shelter, family court coming, drug and metal health facilities all within a block of school and a growing and aggressive homeless population means the plaza is going to be natural draw for a grand social experiment. The only real good is the fact it will be a tourist and art draw to our campus, however I think the idea that it will somehow boost the attendance at the museum or benefit the school in other ways is yet to be proven.

What has been proven is the fact that the cities skate boarders like it and the plaza--they already scuffed the paint dob ground sculpture within the first days of the plaza's official opening. It's only a matter of time before someone, some asshole will write on the thing. I wonder if the people who thought of this whole thing have really spent anytime of the ground in Philly, especially around city hall? This city is full of messed up people and assholes and jerks just looking to mess stuff up. Philly is a great city, but it's held back by there being too many ****ed up people living here and the stress of the underperforming/funded city and social services and the growing amount of underemployed and undereducated. 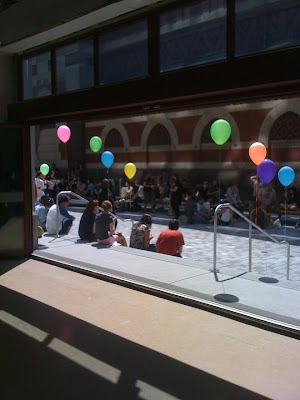 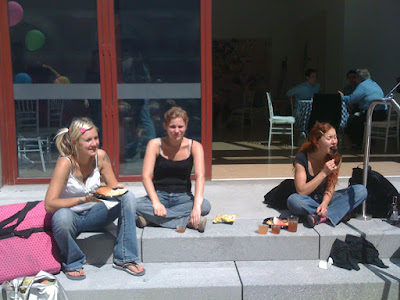 That being said progress is being made, and no one thing, person or event can totally define an institution like PAFA, overall it is the quality of the artists and teachers who work, teach, study there and the influence of their art on the art world that do, and even if I disagree with certain aspects of the plaza, or Torcho Brush, that beautiful summers day was I'm sure what the people who came up with the Lenfest Plaza would have had in mind, 100's of people eating,laughing and enjoying each others company on the plaza. 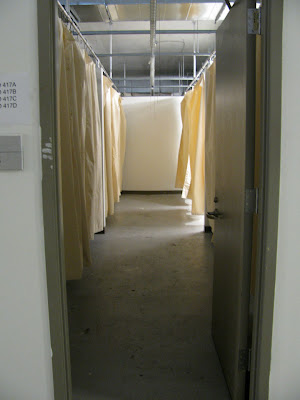 This was the first full week of school and so all the 4th floor was buzzing--what wonders of art are being created behind the yellow cutains? 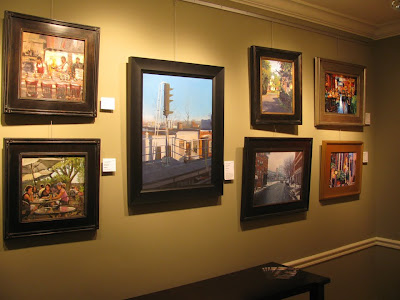 Here is my painting The Morning Signal hanging at Parke Scaffer Fine Art.

Week 2 of my fall semester flew by, I only have one class but it was a busy week. I attended the opening of the Parke Schaffer Gallery, a new gallery in Wayne PA where I have five peices of my work for sale and I also did First Fridays, all with my DPC buddies. I did manage to finish another painting in my SEPTA series and plan out another which I will start this week. 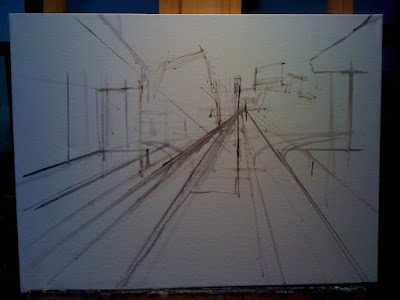 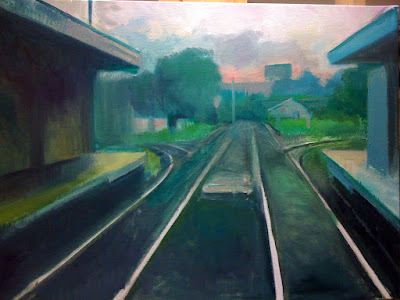 You can see the final painting on michaelcolemanley.blogspot.com

Peter Van Dyck decided to not have the model sit on the couch, so we started a new pose with the model, and we'll have a separate pose with her on the uninstructed days.So this is where the painting of the blue sofa stops for now 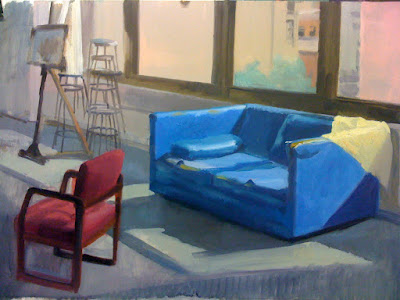 The class is supposed to be a portrait class but it's really just a painting class. I'm 50/50 on this, I'm kind of disappointed it isn't a portrait class as I'd love to see how Peter handles the portrait.

It's more like his painting the interior class I took with him a year ago. I enjoyed that class a lot, so I'm looking at it as a second pass at that class. Van Dyck like Noel is all about starting your painting by building in these big shapes and pushing or almost inventing/reinterpreting changes in tempuature /color/value between the figure/objects or the inside of a room vs the outside or a passage of light--( it took me a while to actually understand this, I was very frustrated for a while, but I finally understood their language and point during on Sunday painting session.) 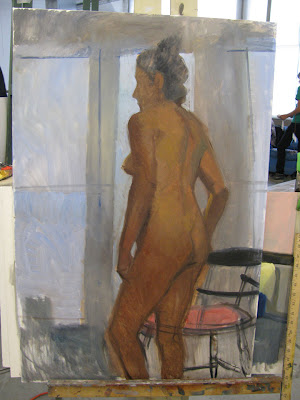 This is my block-in-we'll see how far I get by next week, below is Peter's block-in that he did with us in class 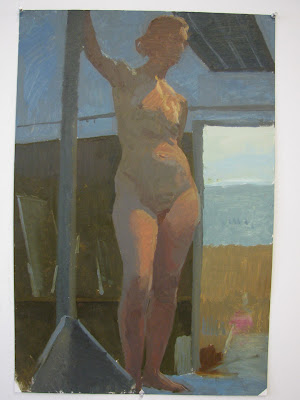 This paintings a is a great example of what Van Dyck is teaching us--notice how close the value range is here, no high key lights or dark, darks.

The big thing is keeping the values range pretty narrow. You paint these shapes, large and bold, thick paint, and then into these bigger beds of color you start to paint the smaller things, the smaller transitions paying attention to contour and shape, but also being ruthless and painting through or repainting some passages many times, often scrapping of most of what you did during the current session and revisiting it later in the next session. It's definitely not closed form painting!
Posted by Mike Manley at 1:34 PM

Very informative blog, and beautifully elaborating the complete information about the topic. We are from the same domain emerging as the top mobile app development company for versatile app creation services. You can email us at sales@appsquadz.com or Phone Number: +91-9717270746