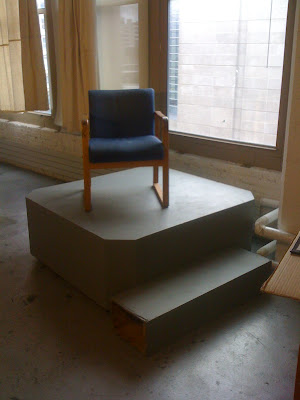 The second full week of classes have come and gone and I'm heading full into the thrird week at school. I also started teaching my fall Storyboard class down the street at Uarts. I have 11 students in the class so it's a bit smaller than previous years, which in a lot of ways is better for me and the students as we'll have a lot more one-on-one time and the crits will be shorter. Last week we started the second pose in my painting class with Peter Van Dyck, we now have one pose on the instructed day and another one on the uninstructed class. This one we as a group came up with the set-up and pose. I decided to go back to a smaller size and paint on the museum baorrd as these paintings are so short you really don't get much going an you just will not have a finished painting out of these classes. 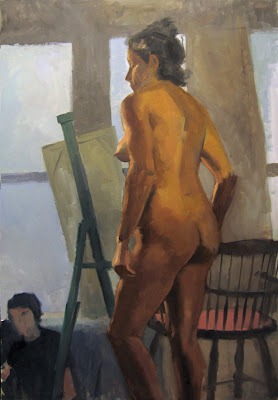 This is where I left the first painting. Though Peter encourages you to work on a large canvas i feel its a waste as you will only just start getting into the meat and then you will be done. I will probably paint over this and use it again at some point. i like parts of this, but mostly it's a wash. 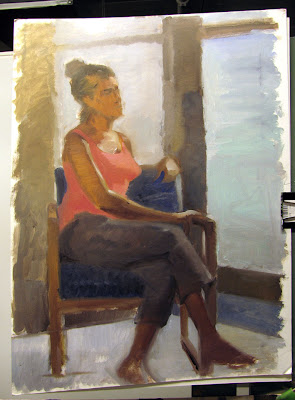 This painting is the first go at the second pose on Wednesdays. I went smaller and I think that worked better, next week I'll hack at it again. I guess if I don't get what I want I wont care as the cost of the paper is far less than the canvas. 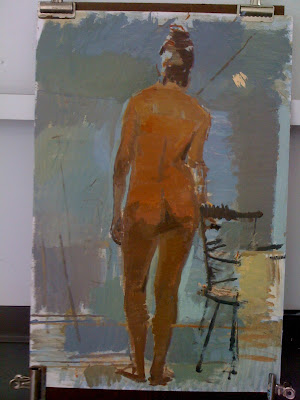 This is Peter's painting after the second session. 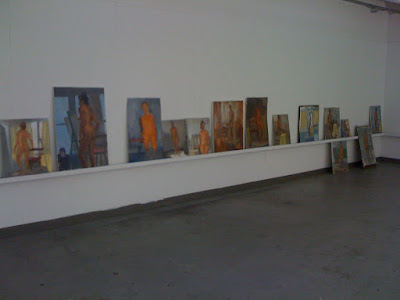 After the class was done we all lined our work up to talk about it. 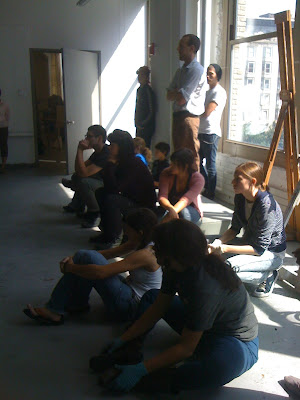 Peter pointed out what he thought was working or which paintings there seemed to be a good sense of space and values. This week we have a new pose so I want to try something different than the previous work, maybe play around with the composition a bit more.
Posted by Mike Manley at 9:19 PM