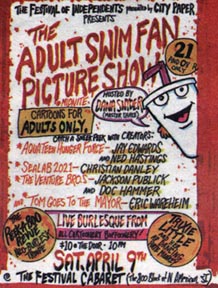 It was put on with co-operation and sponsored by the Philadelphia City Paper one of the big free weekly newspapers here in town. The shin-dig was held at the FESTIVAL CABERET a madeover old brewry 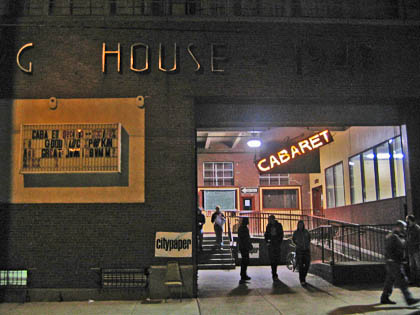 located in the re-gentried Northern Liberties section of Philly, north of Spring Garden. An area that is replacing blight and crack houses with yuppies who are spending hundreds of thousands to fix up rundown and abandoned old row homes in an area of the city which started to decline early last century with the decline in the textile industry in Philadelphia.

This area is pretty historic, as is much of old Philadelphia 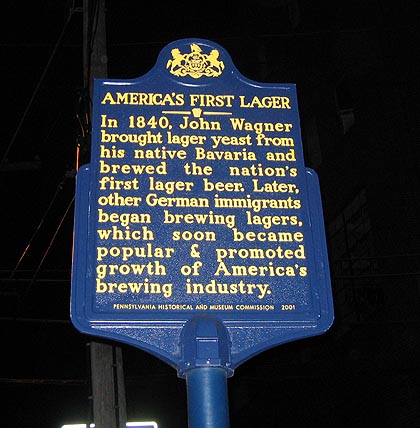 I arrived early at the Festival Cabaret with my brother Marc who is in town for a visit. He took many of these picks. You can also read his taake on things and see more picks on his BLOG.
Before the show started the bar was packed with many people waiting 3-4 deep for very small cups of FREE BEER. 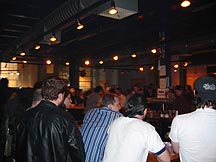 The door to the stage area was blocked as a "rehersal was going on". 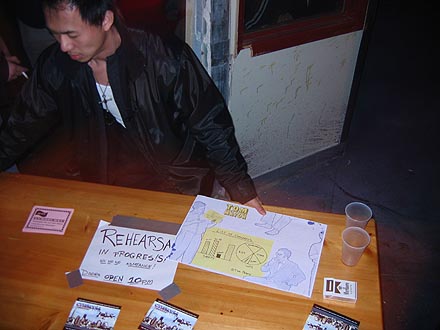 After about an hour of this I was pretty bored and the cigarette smoke started to get to me, the free beer was foamy...bring on the fucking show! 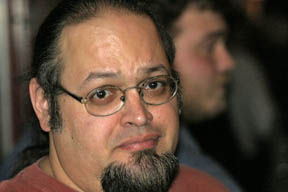 Finally after we took our seats and waited some more my brother and I as well as every man in the place spotted these dancers...whoohoo! Let the show begin! 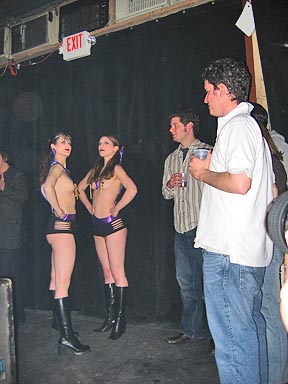 And it did hosted by the
Master of cerimonies was DANA SNYDER aka Master Shake from Adult Swim's Aquateen Hunger Force. 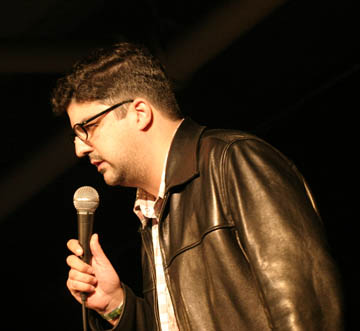 Snyder along with fellow Adult Swim Alumni(many former Philadelphians) came to town during the 14th annual Philadelphia Film Festival to try and find a dozen or so local film makers or animators to pitch their show ideas live on stage infront of Adult Swim show creators and a love/hate philly crowd. The winner supposedly had a chance of actually getting a shot of pitching his or her show to the newtwork in hopes of becoming another Adult Swim superstar or at least to leave a message on Mike Lazzo's answering machine, which as it turned out only gace the winner (more later) 10 seconds before it cut him off. 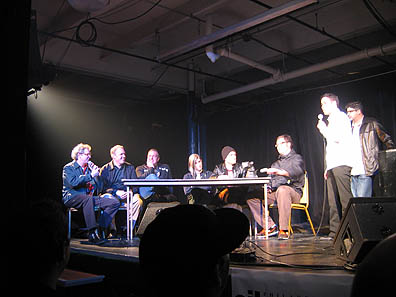 Hi Mike--glad you're back in "blogland"--I check your site all the time.

I have a friend who was an executive at MGM who now does lectures across the country to aspiring screenwriters. As part of the evening, she takes pitches from several folks, and having observed this, I must say it looks like the most tedious job EVER. There are so many truly terrible ideas out there!

Philadelphia looks like a gorgeous city to me. I hope to visit there someday.

I really enjoyed your Frank Robbins post--could you tell me what the dimensions of that Sunday page are? I'm very curious about his and Caniff's (and Toth's) working sizes were. I just read that Toth would often do things just very slightly larger than print size in his later years.

Philly does have it's charm.

When one is doing work for one of the major comic companies (i.e. Marvel, DC, Image, whatever), I know there is a "standard" size for originals. But do they care if you're working larger than that size or smaller than that? Have you had experience with that before?

10 x 15 live image area on a 11 x 17 sheet of 2 ply bristol is standard, but these days I imagine any size can be dome as long as it can be scanned in. Miller supposedly did some DK2 pages twice up, the old comic size which was 21 x 18 or something similar. I have some older Marvel paper that is almost twice up, it was for the Star Line in the 80's.

Wow! That looks like a lot of fun! Wish I could have seen that. My cousin Matt is one of the writers and producers on Sealab 2021

How would you like to know about a Jogging Stroller resource, that displays all the Jogging Stroller information on one website? Check out
Jogging Stroller today. Not only do they have a good fitness book section, but they also have great articles on fitness. I was really impressed with the resources their webmster put together.