More from the manley Archives

I came across this page of thumbnail ideas for one of the Overpower cards I did for DC back in the 90's. One of the series of cards I did featured the Penguin. 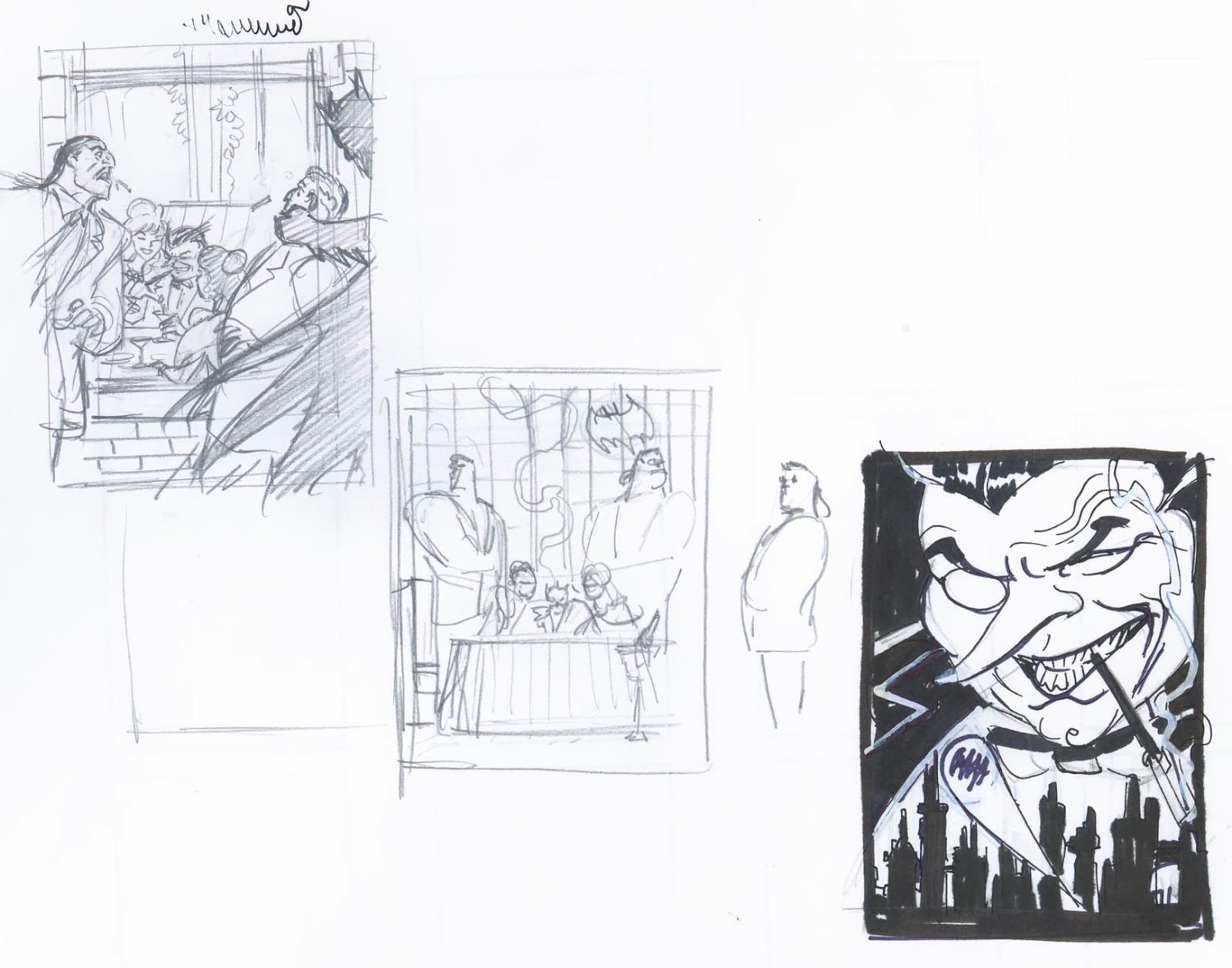 As you can see initially I was thinking of having him sitting in a club with two gals with the Batsignal in the background, Another with his henchmen being taken out by Batman. But I think the reason I rejected them is the figures were too small and the idea would read better as a pin-up, than a trading card. I settled on the final idea with the big head menacing the city, which I think read much better at the size of a trading card.

Here is the actual final art of the card. 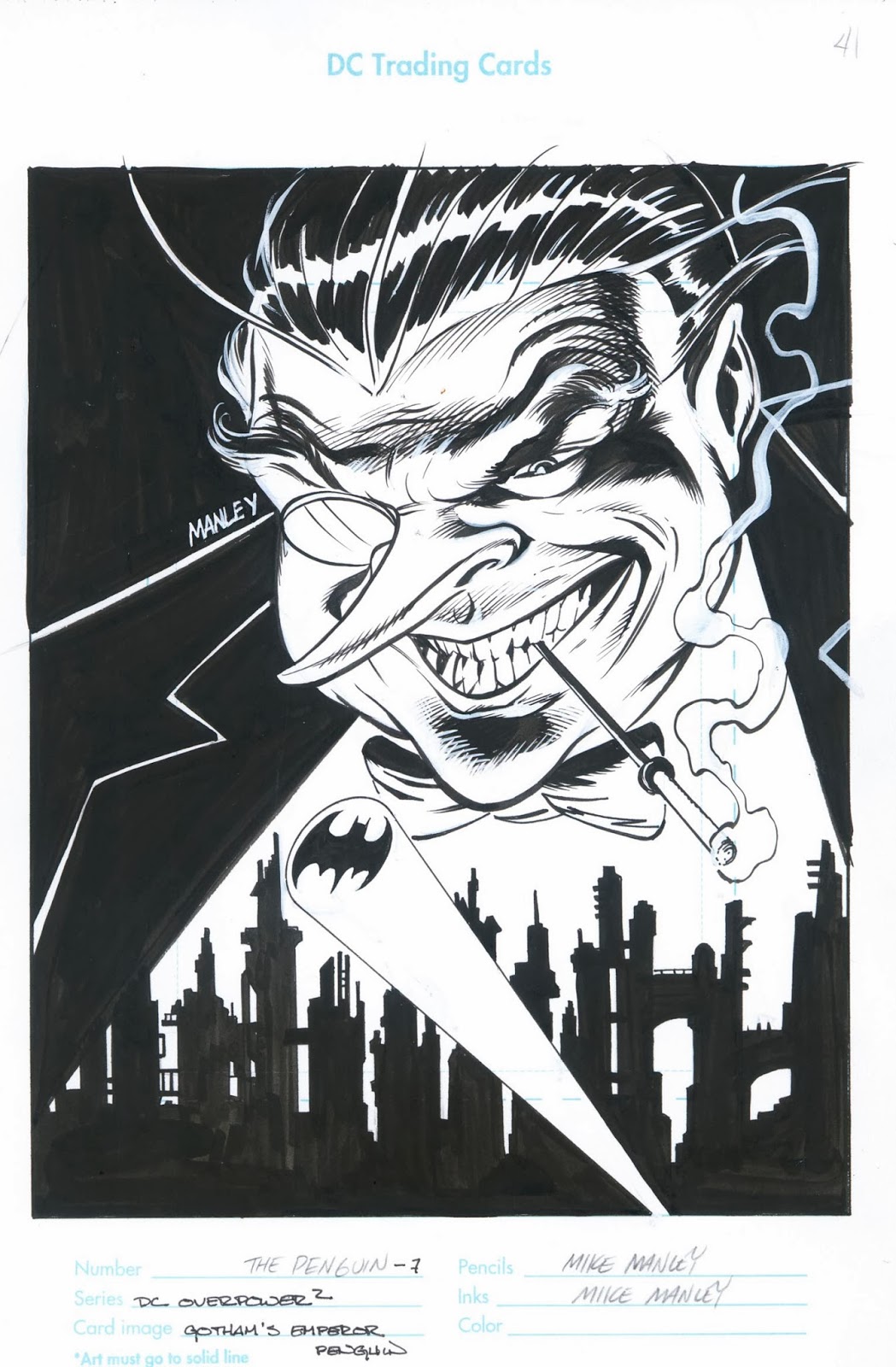