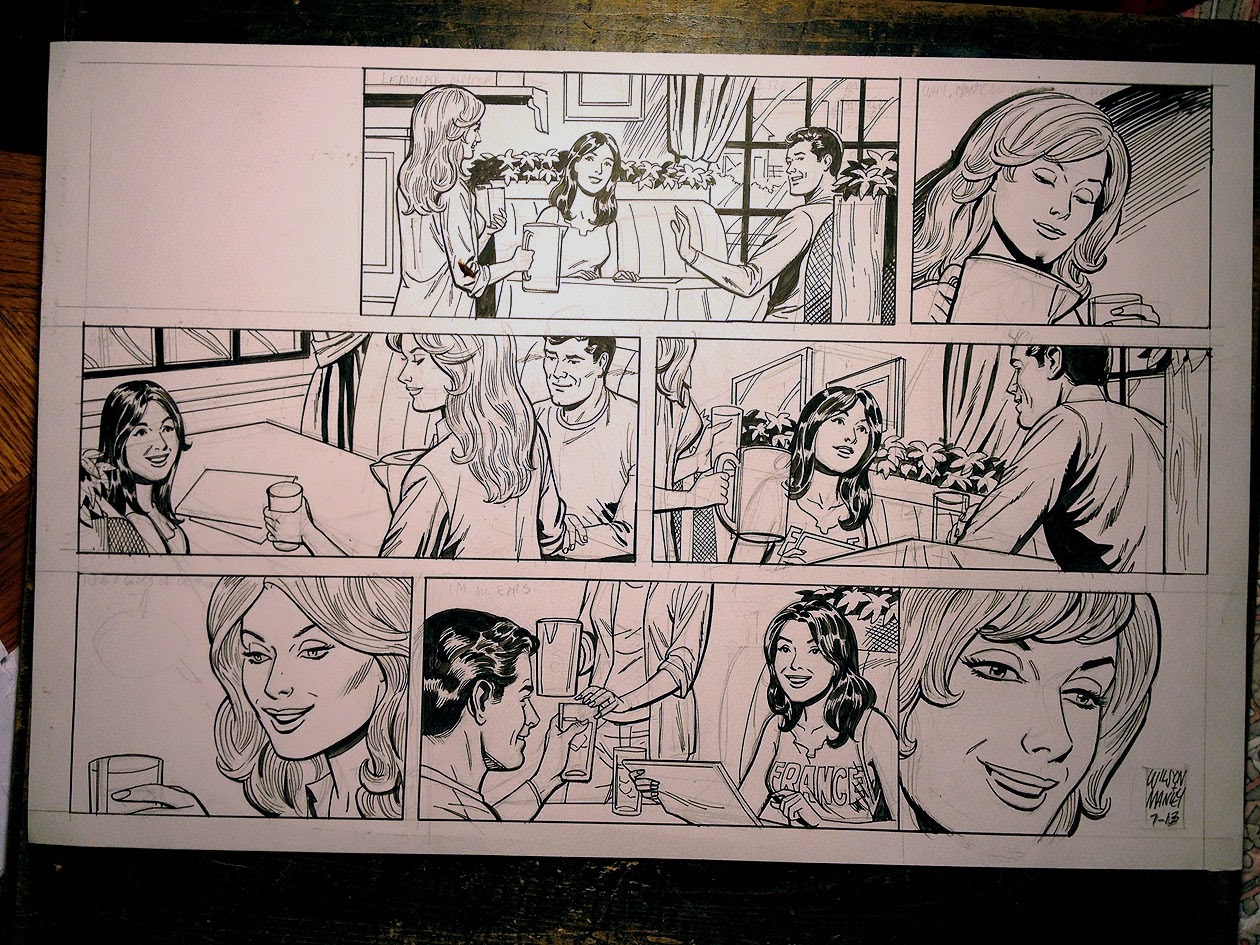 Since it's Sunday it's Judge Parker Day. This is a process shot of an upcoming week of the strip which I shot with my iphone-- I just finished inking and will now jump on the lettering and coloring. We are returning to Spencer Farms for the next story which Woody, the writer tells me will be a doozy! Old characters return and new characters will debut. I had good news about the Comics Kingdom message board being policed and swept for Trolls, though I still am hoping it's either monitored more heavy or actually shut down, unless comments are approved. I think that will make it a much better experience for all. You can read an article on just how bad internet trolls are here on Slate.

I'm drawing the strip using an old lap board given to me by Al Williamson, one which he worked on for many years going back he said to his EC days. I like thinking about the amount of ink he put on it as well as myself. he gave me that board back in the late 80's so I might have had the board longer than he had it now.