I thought I'd post a complete process on this week's JP Sunday since I haven't done that in a while. The whole marriage storyline is winding down, and I will admit I will miss drawing the fun jungle backgrounds which are way more fun to draw than kitchens and offices that are the usual places that the strip takes place in. Feedback on this storyline has been pretty mixed by fans, some like it, some don't, some want blood, some want---who knows.

I think a lot of people wanted somebody to die, and who knows they soon might, the storyline will continue. My vote was to kill off a major character, do a Game of Thrones type thing. But I think maybe that might have been too much of a change? Comic strips are away touchier realm than comic books, where it has become so common place to kill off a major  character--of course only to bring them back. After all, when a character dies that does not mean the ©  and the ® and TM are abandoned! Hell, no, they spend zillions protecting them. 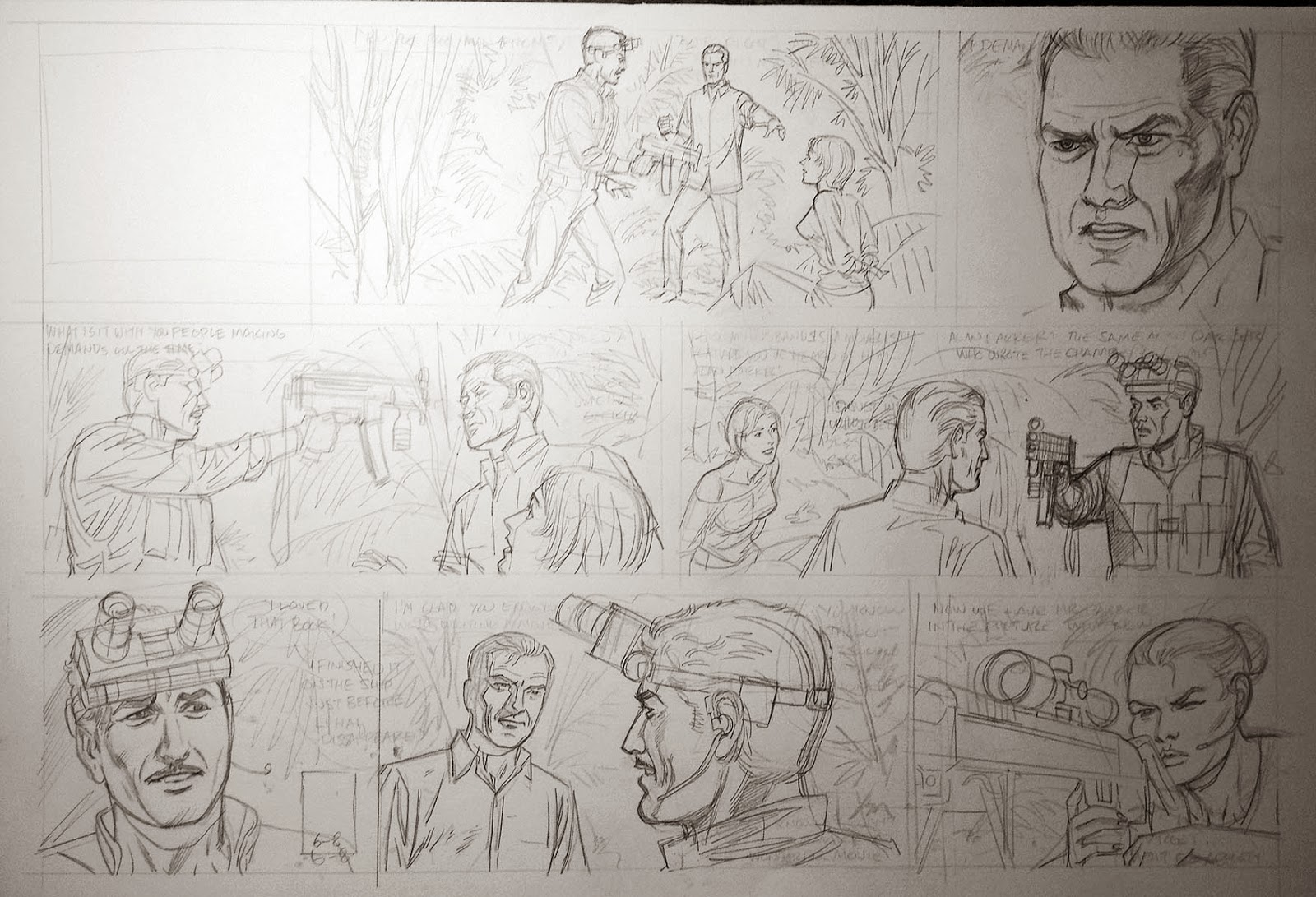 Here are the pencils of the Sunday I snapped with my iphone. You might even be able to see my loose balloon placement which I do first, before drawing anything. I wish I could have this lettered on the board, but time and budget just won't allow that these days.

I also had fun sort of basing the evil twins Flaco and Franco on Guy Williams or Zorro and Lost In Space fame. That is one of the great joys of the strip is sort of casting actors in the role. it also helps in drawing distinct and different types of characters. Now if I can convince Woody to have a fire that burns that weird Spencer kitchen with the plants in the booth--that would be awesome! 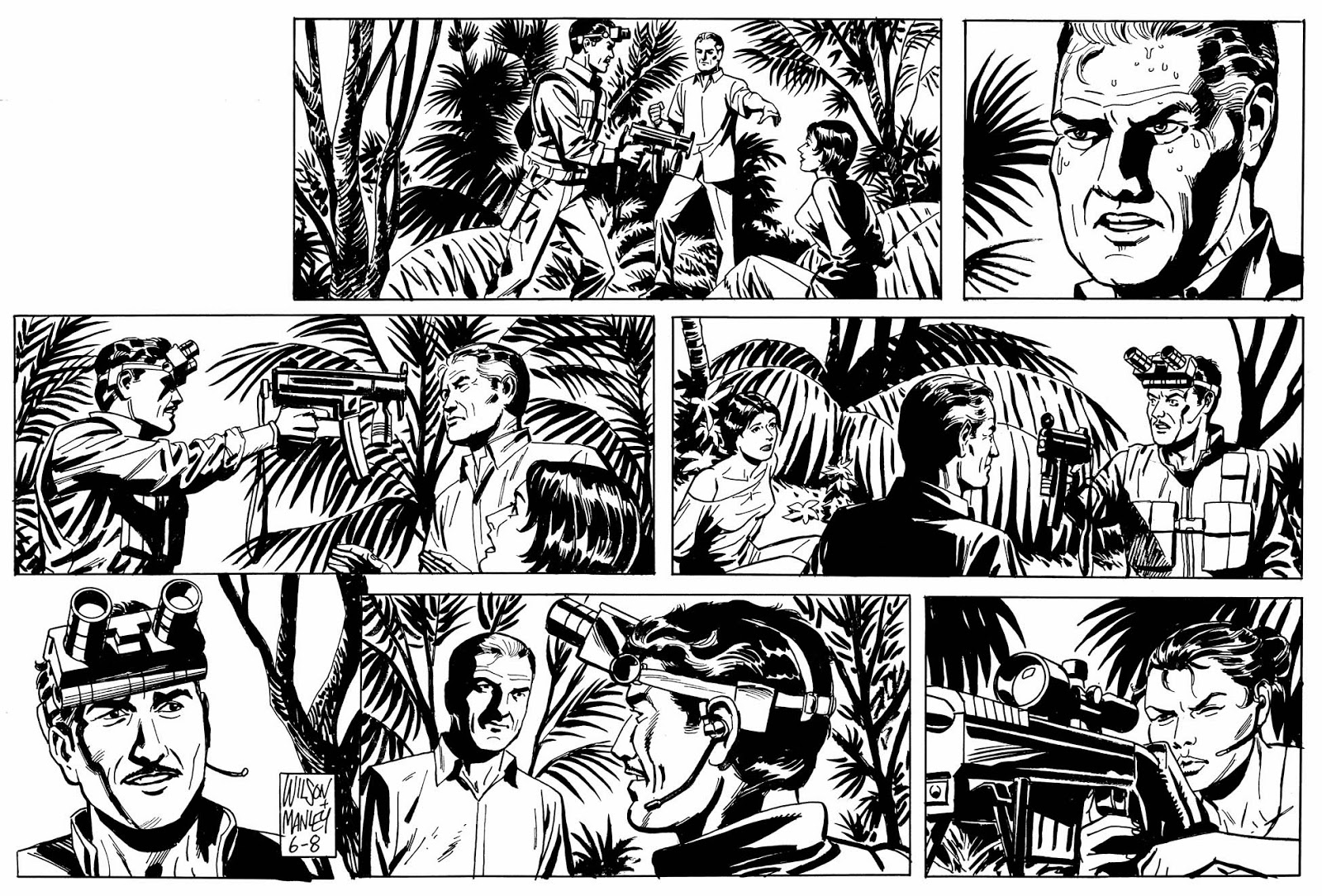 Here is the inks without the lettering. I try and leave a lot of drawing to be done in the ink stage to avoid doubling work by doing tight, tight pencils and then ink them. I would pencil this a lot tighter if I wasn't inking it myself. I have been inking with Pitt pens and a brush for the most part the past 2 years. The originals are on 12 x 18 two or three ply bristol which fit on my scanner.

I am also happy to hear from some real longtime readers of the strip recently after my posts in regards to the snarky Message Board. Seems some people there got a bit sour over my comments here, oh well, it works both ways. I've been doing this dance 30 years and have a thick skin, have taken and given plenty of positive and negative feedback, but I still say the over the top comments and sexual innuendo's don't belong on the board. I can't imagine somebody doing that type of thing to Caniff--and the papers would never have allowed such comments to ever be posted. I am also a public figure and  for the most part, they are not, they don't post with their real name, and I think that makes it easier to be a dick. We get both good and bad comments, which is great--Real comments about the work is welcome, but snarky comments are just the snotty nose of the Internet, and if any trolls don't like my comments, they are more than welcome to never read the strip again. I think I work harder on JP than any other thing I have done in comics. It requires a high level of consistency and drawing more real, or pedestrian type of work is harder that drawing Batman. There is little room to exaggerate. 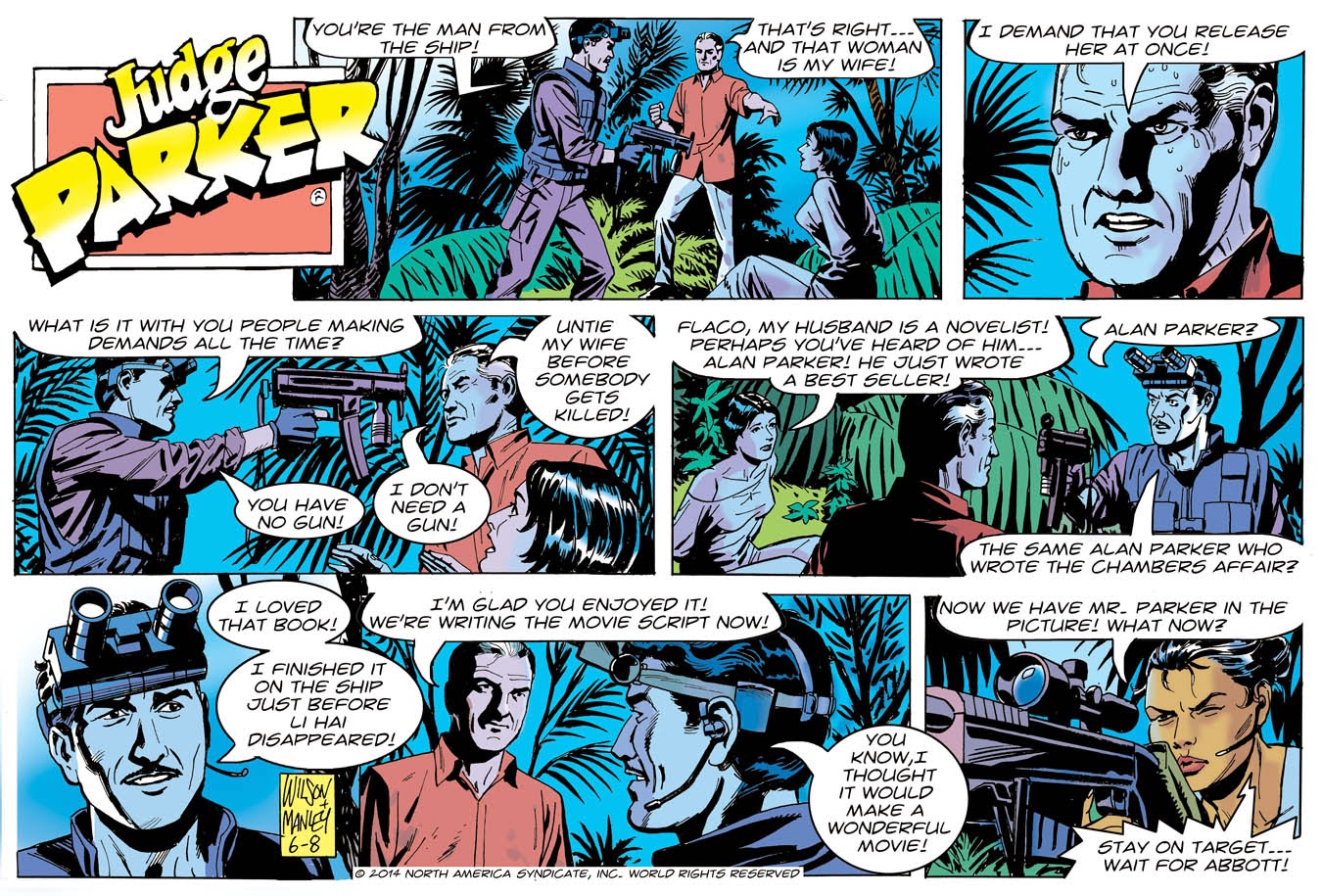 Here is the final Sunday, which I colored. Someone at King colors the dailes that appear on Comics Kingdom and the papers.

The strip continues to build readers via the web which is great since you don't see many new newspapers popping up. I have even given away some strips to fans who have written in. I even had a letter from someone who read the strip since the 50's! While feedback has been mixed on this story, and maybe it could have been shorter, I remember people saying sort of the same things about the past story with Bea and Bubba as well. I suppose you can't please everyone, that's the funny paper biz.