I rolled back into Philly this evening from a whirlwind weekend in what certainly was the hottest and most humid weekend I have ever spent in NYC! In the picture below you can see the thick humid air cling to the city like a sweat soaked shirt on the back of a migrant farm worker in July...and it's only June! 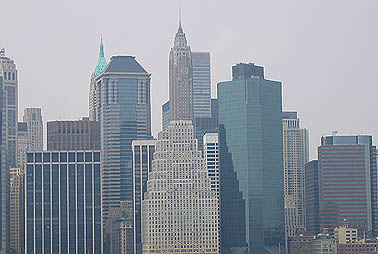 I was tagging along with my buddies Ande Parks and Scott Cohn as we did the MOCCa Festival and the Harvey Awards. 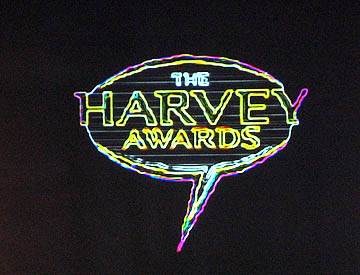 I went along as Ande's guest to the Harvey awards as he was nominated in the Best Inker catagory. Dispite the heavy heat the city was bustling with people having weekend fun, including the Puerto Rican Day Parade. 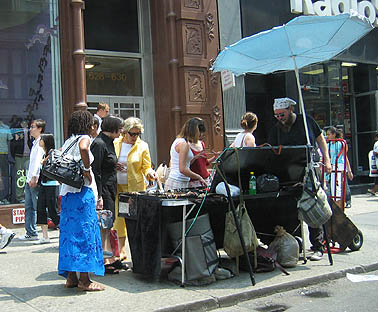 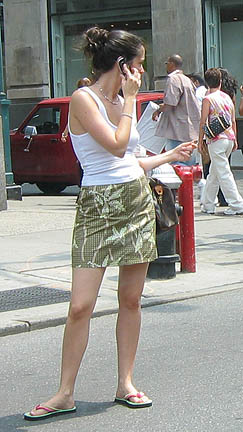 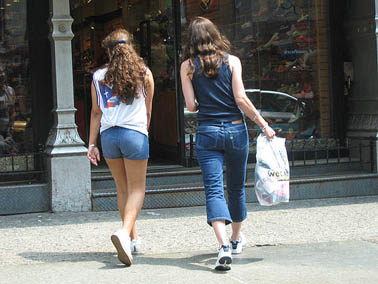 Of course I like it when it's hot because the pretty girls are forced to wear skimpier, cooler clothes.The MOCCA Festival is held in the Puck Building, a historic Romanesque Revival structure near the trendy neigborhoods of SOHO and Greenwich Village. The building is listed on the National Historic Register. The building was named after the famous Puck Magazine which was publisher there from 1887 until 1916 when it was canceled. 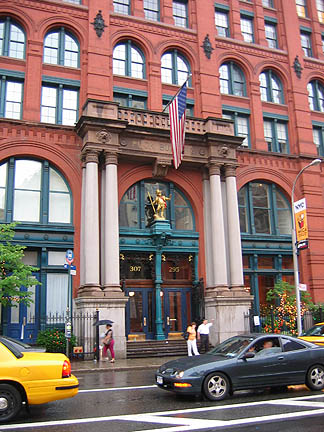 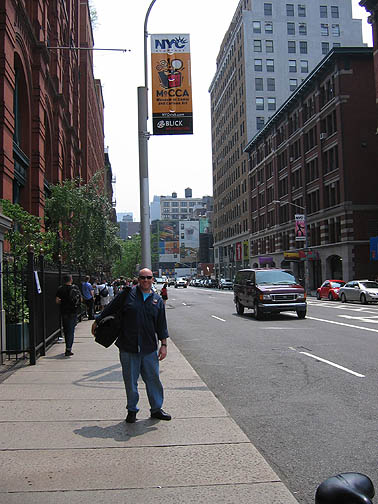 Here is a pic of Ande outside, right before we went in to the festival. 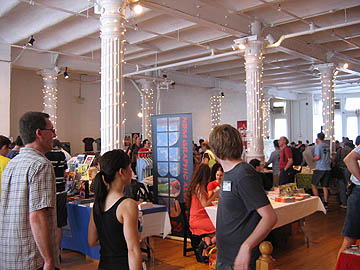 The show was packed despite the oppressive heat. The festival was basically broken down into 3 rooms, the first which you see above 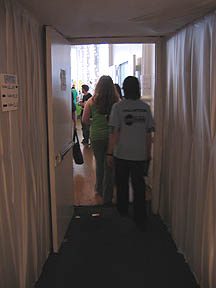 seperated by a passageway 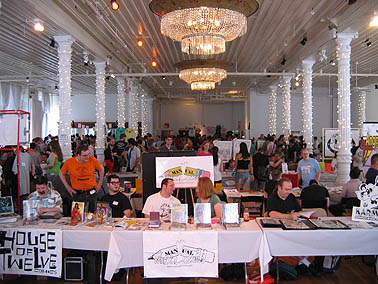 and the big room you see here which was the only room with air conditioning. The third smaller room in the back was sweltering! I already felt like Frosty, melting away with each step, so I didn't stay long in that room at all...drippity, drip, drip, look at Mikey melt! But the atmosphere was up and positive, everyone seemed to be having a good time and selling plenty of comics despite the heat. It's a really completely different, more intimate atmosphere than Wizard Philly or San Siego. Lots of smiling faces and artists seeming to feel at home here. Emo kids , punks, slackers, retro hipsters, R-teests, and Lisa Lobe glasses unite! 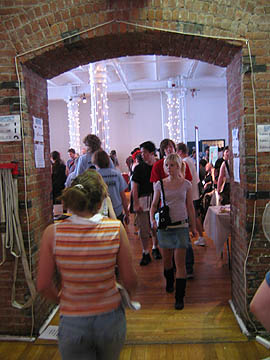 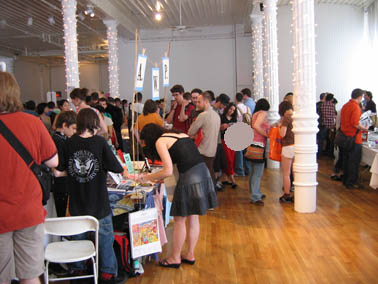 But despite the heat I saw a lot of great comics! I bumped into a lot of old friends and some new ones too. 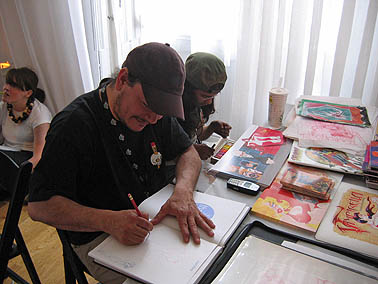 Alberto Ruiz and his daughter Megan draw for some fans 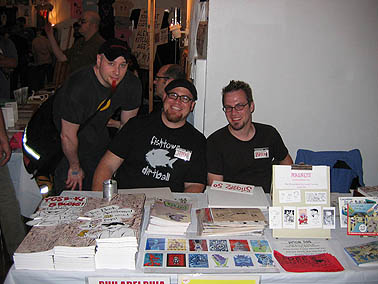 Philly Cartoonist Society Represent!
I have to say there was way more good stuff than I thought there would be and I tapped out my wallet early! I'll scan and post some of what I bought tomorrow.
Posted by Mike Manley at 2:13 AM

Hello, just visited your blog, it's geat. I also have a credit management related blog with some useful articles about the topic. Hope that it is helpful to you.

Learn the Virtues of Perseverance
by: maine debt consolidation loan

To succeed, you need to have dreams
and aspirations. Be honest with
yourself as to what you want out of
life and what you want to give of
your life. Allow your mind to dream
and think big.

To reach success, you have to persevere.
Even Thomas Edison had to learn this.
When he was creating the incandescent
light bulb, it took him more than 10,000
times to get it right. Keep striving
even when it becomes challenging.

Nice post. I also have a site talking about credit related issues http://mortgage.27days27gurus.com/ . Take a look if you have time. loan mortgage

You might think there is no correlation
between complaining and success when in
fact there is a connection. When you
are spending time complaining about the
obstacles you are facing, you are wasting
so much time being negative that you are
actually loosing chances to move forward.
Instead of thinking of challenges as
problems, think of them as opportunities.

I just noticed your blog about home equity line of credit tax and wanted you to know how well you presented the information. Excellent job! I have a website about home equity line of credit tax so I know what I'm talking about when I say your information is top-notch. Keep up the great work - you're providing a real service to the Internet community.

Great Blog! I would like to let your readers know about a site that can give them a FREE Instant Auto Loan Quote. Just Enter Your Zip Code!
You can check it out at:
FREE AUTO LOAN QUOTES

Hey, I go to see you blog everyday and you have a great blog here! I'm definitely going to bookmark you!

I have a mortgage loan lead site/blog. It pretty much covers ##KEYWORD## related stuff.

Come and check it out if you get time mate :-)

Hey! I found a great new site for loans and credit card information, Please visit it when you can, You will be glad you did!! Go here now! http://www.loanofficial.com

Just read your blog. Very interesting, I will be sute to bookmark it. Perhaps if you get time you could visit my cheap payday loan site.