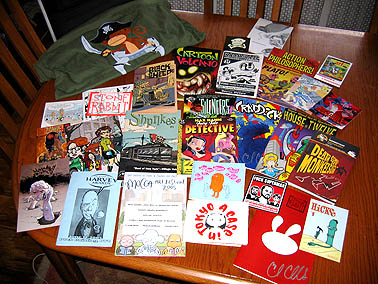 Here is my MoCCA haul of comic treasure! There was so much too see and buy and so little $$ in my wallet, if they took credit cards I would have been in trouble.

Continuing my report on the MoCCa-Harvey happening I have to say the other thing that really stands out about this show is the huge amount of women both in front and behind the tables. I think this is great because for the field to ever have a realy chance of growing out of the "Walled city of the Babymen", know as your local comics emporium, we need women to come in and help clean this business up a bit and charge it with their vision and imaginations as well. One look at the success and growth of Manga and Animae clearly show this. 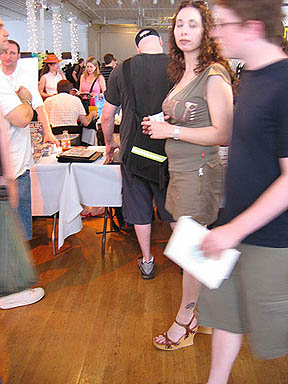 Was she a cartoonist?
I think the favorite thing I bought at the show was this really cool mini-comic A Case In Tokyo by Damion Jay. 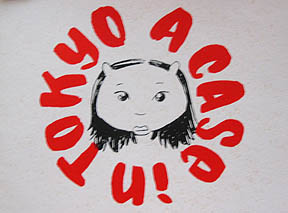 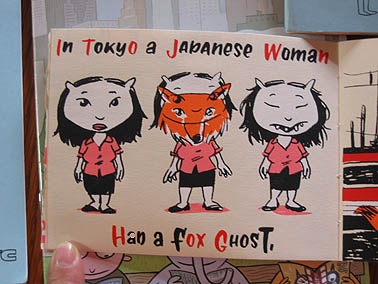 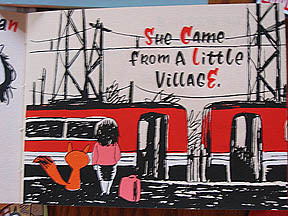 Jay produced this comic as a silk screened limited edition of 50. It's beautiful. Jay is part of A.W.P. Artists With Problems a consortium of cartoonists and artists. I also bought this cool comic The Many Strange Desires of Mreh by Karen Sneider. Another beautiful little comic, Sneider has somehow glued on some sort of orange felt to the cover. 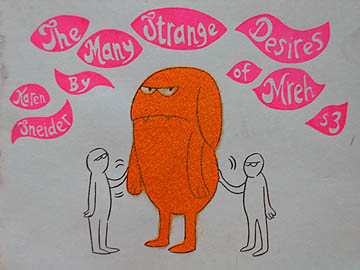 I don't know why these artists have problems, but if these comics are anything to judge them by I hope A.W.P. keeps that monkey on their collective backs. This is the type of work in comics that really excites me today. Sure I still enjoy a Superhero yarn if done well, but mostly that stuff is a stale retread today compared to these little gems. I would have boughty a T-shirt from these guys but they didn't have any in my size...they ran out! Come on, don't you know most he-man cartoonoists are at least XXL...BLLAARRGGH! Hey you skinny cartoonists stop buy'n the plus sized shirt you pencil necks! 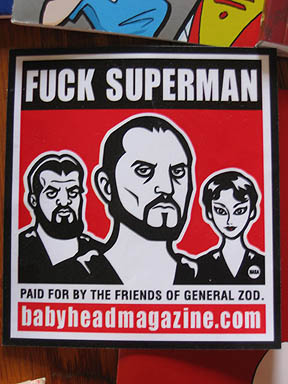 Another cool comic I got was this demented little paper festival called BLACK SHEEP. 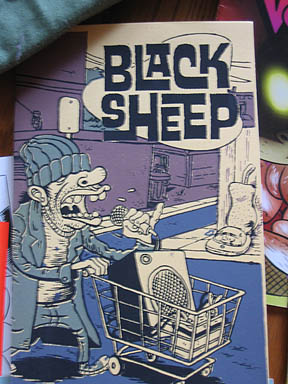 it's published by the fine folks at POST APOCALYPTIC FUNHOUSE, ALTGEEK.NET I also picked up a book called Shpilkes , all filed with cool demented art by Frederick Noland. Like I said there were so many great comics and mini-comics there at the show, cool T-shirts, bags, all kinds of great graphics. It made me want to rush home and draw some comics! I'll certainly be back next year, but this time I'll also be set up at the show.

After I had nearly drained my wallet Scott and I headed out to grad a bite to eat and Ande went back to his hotel to finish up more pages on his capote graphic novel. Scott and I met some friends of his and ate at this cool resturant nearby where I had the Berber Chicken and Humus. I lovvve me some humus! 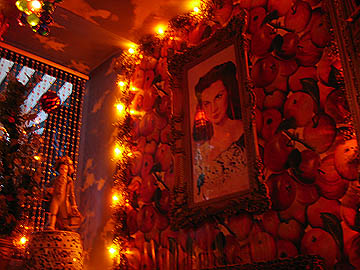 But I had to gobble and rush to get back to meet Ande at the Harvey Awards show in the Puck Building. 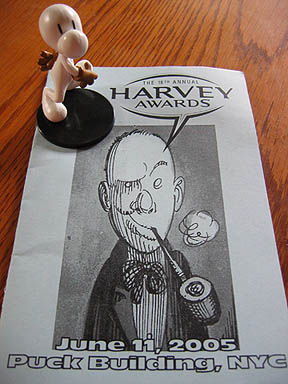 Looks like some great mini-comics. I also love finding these gems, and marvel at the talent involved as well as the new and unique formats and design. Looks like a great show. I'm dreading the loud and stupid Wizard Chicago, but still hope to see you and other pals there.

Looks like you got alot of stuff there. Huzzah for old comics that no one else gives a damn about! And about the shirts, it's currently in style for teenage guys to wear oversize shirts, pants hanging at their crotch etc. My brother sometines wears our dad's shirts around the house and at school. There's a clothing store next to our house that sells XXXXL shirts. I kid you not, some of these shirts are so big they come down below my knees.

And you're right about needing bigger shirts. When I saw you in person you looked almost as fat as comic book guy (no offense, I just couldn't resist). The way I see it, you have two options:

1) Get off your ass and get some exercise instead of just sitting in your basement playing Everquest and fantasizing about Cat Woman (or whatever female superhero nerds like).

2)Next time you see a pencil-neck wearing a giant shirt, beat him up and take his shirt.

haha! SPJ I could only go with part of your first answer as I don't live in my basement, but I do go to the gym. I think snapping necks would be the best part. I'd never play anything as nerdy as everquest.

Now get back to summer school and get a tan!!