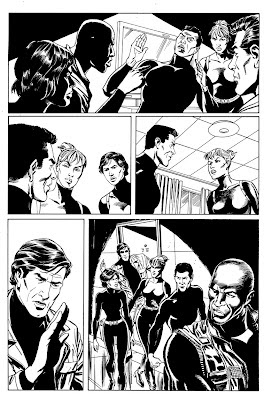 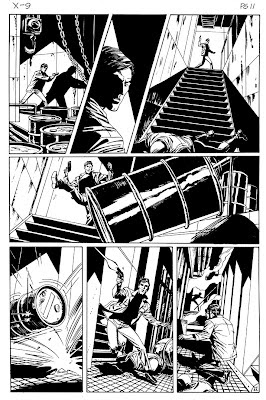 Here are two more finished pages from the Secret Agent Corrigan story which will be published in Sweden.

Here are some of this week's drawings from my class at PAFA and a sketch I did of my buddy Jamar who came over to hang out on Sunday for a mini Cartoon Party. The CE class at PAFA is quickly coming to a close but the good news is the I have been accepted to the school for the fall, so I'll be heading back to school. possibly full time for this coming fall, and I'm excited. 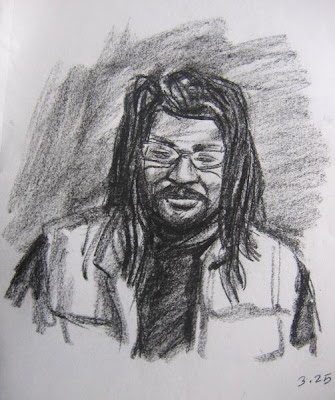 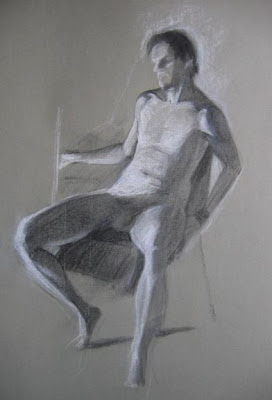 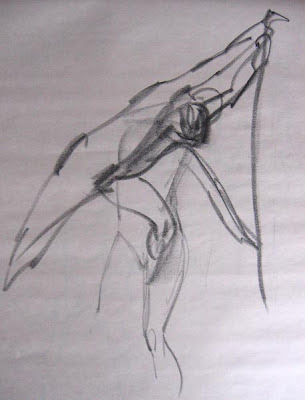 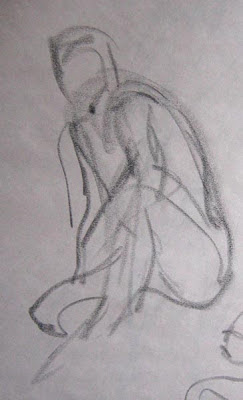 Here are a few drawings from teh past two classes at PAFA. The one of the standing male figure started as a charcoal wipeout of the standing modle, nude, then the second pose was with the model clothed, and we had to draw over the first drawing. I was using vince charcoal which wasn't really the best for this. the class was over before I could go any further than a big tone-out. the reclining male nude was from the same session and was done in 10-15 minutes at the end of the class, I worked really loose looping and sketching fast with a charcol pencil.

The female figure was from 2 weeks ago, I didn't finish this either, but I like parts of the drawing, it's in 9B pencil on charcoal paper. I am really trying for an entirly differnt esthetic in my drawings here, really trying to stay away from anything that looks like a comic or my regular work. Sometimes it seems I'm a bit lost, sometimes it seems to flow out better depending on the week, my work load before class, and if I've had a good nights sleep before, last week it was 3 hours of sleep Sunday night, so Monday I was a bit blurry feeling. 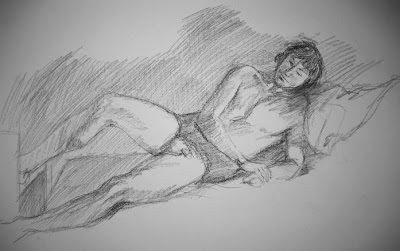 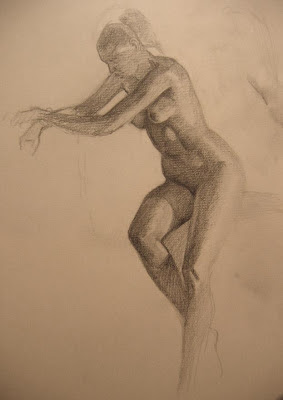 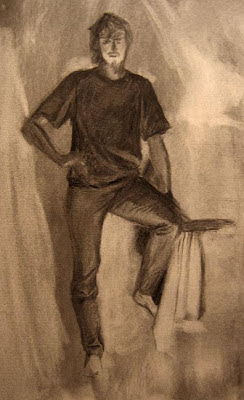 Below are two pages for the 22 page Secret Agent Corrigan story I am drawing for King Features which will be printed overseas in a collection which reprints the classic strips by Al Williamson and Archie Goodwin. I think they also print the strip by Bob Lubbers who did thge strip before Williamson and also George Evans who took over the strip after Al left to do the Star Wars newpaper strip.

As many of you know who have been reading this blog for a while I shared Al's studio along with my buddy Bret Blevins for a while back in the late 80's and he is a big influence on me artistically, so it's fun to get a chance to work on the strip he did so well. Al had undoubtedly the best existing collection of classic comicstrip art in existence today which included many classic strips from Raymond, Foster and more. I used to spend each night late into the wee hours studying his amazing collection as well as making copies on my xerox machine. It was a real education studying his collection as well as watching Al work.

The deadline is really tight on this as I was jammed with so many projects of late and once on slips it's like the dominos falling. Unlike Al who used a lot of phot ref for his work on the strip, I just don't have the time or budget on this to do so, though I wish I did. If I ever do another story I'd like to try and use a bit more photo swipe like Al did, even going so far as to pose and shoot the photos myself using freind and family as Al did. In his studio set directly behind him was a room he had build which contained his Art-o-Graph or "Lucy" as they were called in the old days. It is a projector you can put drawings or photos in and enlarge them and trace them off undernaeth. Al had stack and stack and stack of photos he used over the years which he had taken to use in his work. many featured him as both good guy and bad guy and many featured family and friends set up and lit to get drapery, and difficult angles as reference which you need in the very realistic style Al worked in. Most of the classic strip artists like raymond, Starr, Drake, Prentice (to whom Al was an asssistant) did this.

It's an era that has really come and gone. The Phantom I belive is the last adventure strip in the daily paper these days. 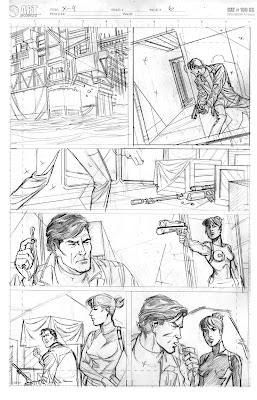 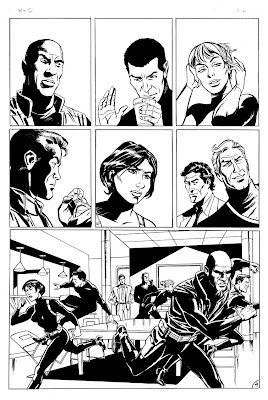 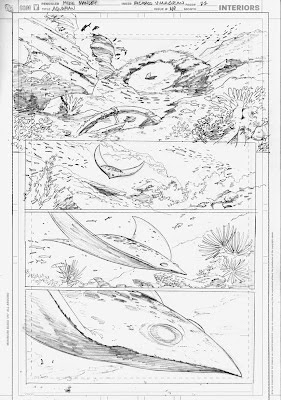 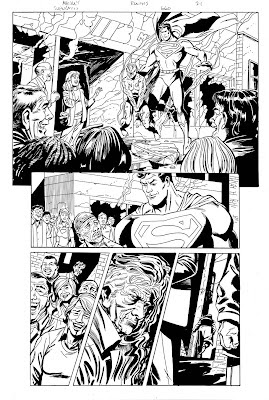 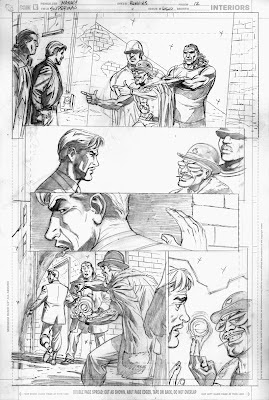 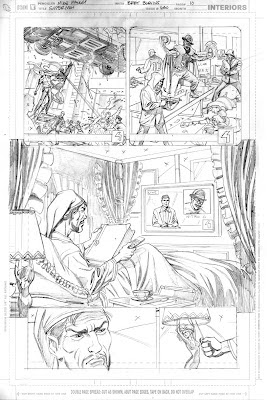 Here are a few more pages of my pencils from the latest issue of Superman 660 which hit the street last wednesday. I also included one of the pages I inked for comparison.
Posted by Mike Manley at 1:40 PM 11 comments: 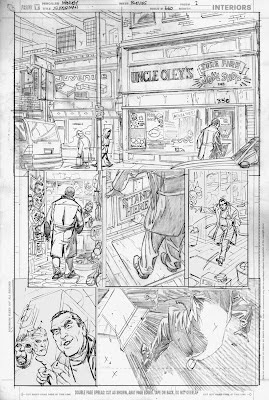 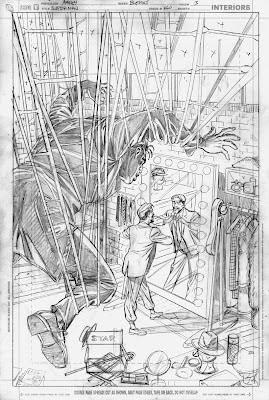 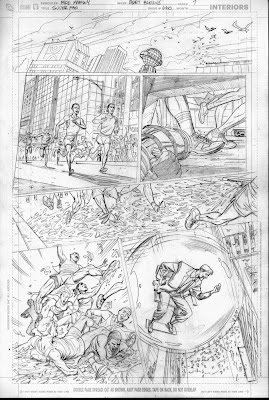 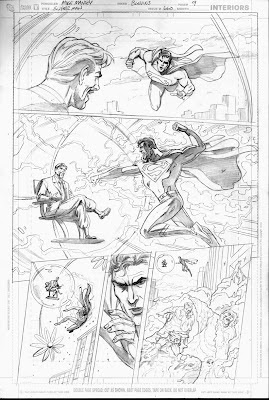 Here I am uploading some pencils from the issue of Superman I just penciled which was inked by my buddy Bret Blevins. It hit the comic racks this week. This was a one shot story featuring the Prankster and was done in a huge rush because the book was behind schedule. I was working at maximum pencil vilocity, doing up to 3 fully penciled pages a day and then FTP'ing them the Blev as the deadline got closer. Then he'd print them out in blue, on DC board and ink. I was literally penciling the next page as Bret was inking the prevoius page. As soon as he was done he'd FTP them to DC.

I'll post some more pencils later on as well as some inks. Things are better here this week, now I'm working on X-9. I still feel sad about Buster and really miss him, the house is really a lot more quite without his energy around and Shazam, my other pup is really sad and down. I hope she feels better soon. Thanks for all the kind words about Buster.
Posted by Mike Manley at 4:20 PM 3 comments: 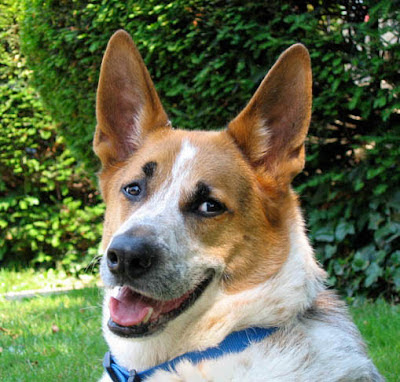 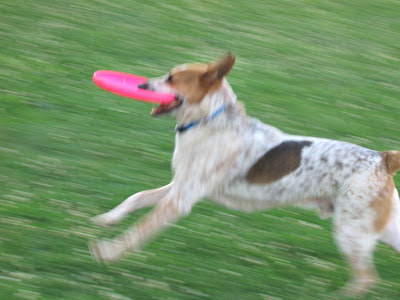 My best buddy passed away today in my arms suddenly. 11 1/2. I don't know why....and no reason would matter anyway.

Such an awesome dog, awesome personality..such a pleasure to have him and share his life.
Posted by Mike Manley at 8:21 PM 13 comments: 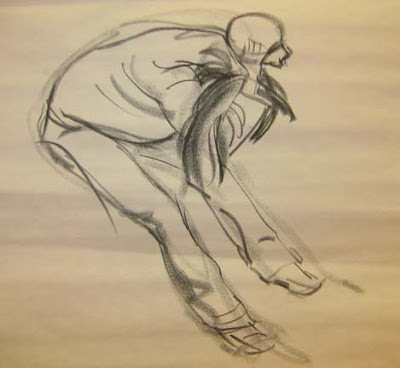 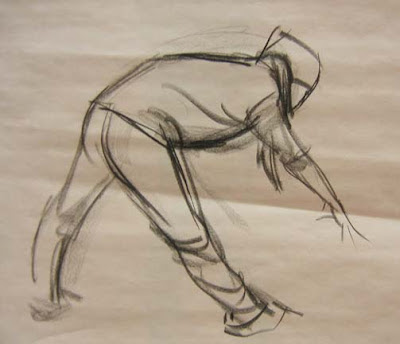 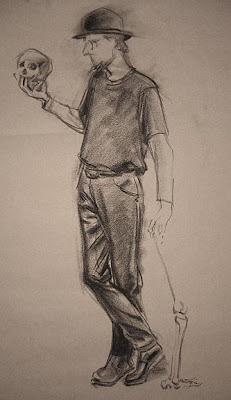 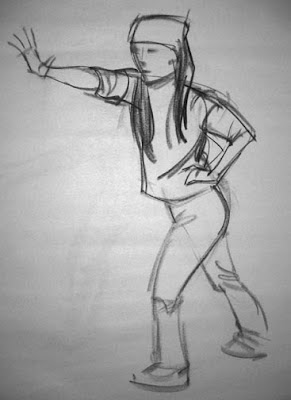 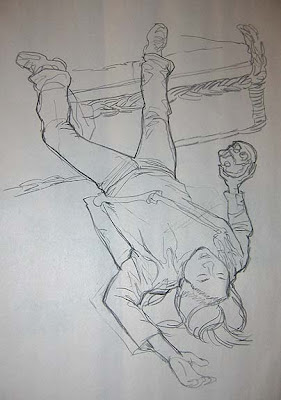 A selection of sketches I did from tonight's session run by Echo in Studio 6 in the Academy.
Posted by Mike Manley at 12:07 AM 4 comments: 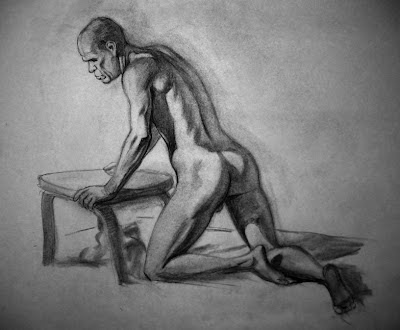 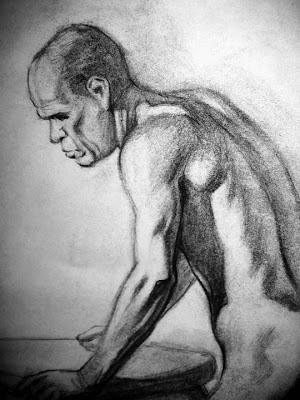 This is a drawing I did tonight at the Academy in the Thursday Night Figure drawing session. The session cost $1....can't beat that!

Charcoal on newsprint.
Posted by Mike Manley at 11:49 PM 1 comment:

Yesterday I delivered my portfolio, paper work and artists statement to The Academy for the March 1st deadline, which puts me in the pool for a possible merrit scholarship. Man, I was mentally and psyhically beat...I felt the tension actually seep out of my fingers as I handed my application fee over. The last few weeks have been a huge push. Between doing the rush, rush fill-in issue of Superman 660, and then hopping off the commercial horse and into my own world of drawing and painting for my portfolio I feel like I've done two marathons back-to-back. To top it off the FAFSA shit isn't easy to fill out either. I think the people at school can help me straighten the bugs out though.

Now I can return to the normal routine of comic deadlines for the next few weeks as I finish up the X-9 story for King features and ink the last few papges of my Turtles issue and finish up Draw! 14.

My CE anatomy class will continue for another 6 weeks or so and I'm really enjoying it, I may try and take another CE class over the summer for credit as well. With all of this heavy drawing I can feel my work is also moving in new directions, which is great.
But I could use about 24 hours of straight sleep.
Posted by Mike Manley at 10:03 AM 1 comment: