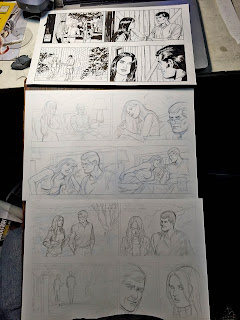 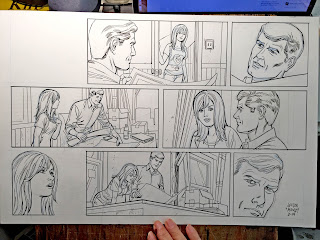 A few shots of this weeks strips in process on Judge Parker. The Neddy.Hank story continues as does a budding one with Sophie and Derek, though that one is happening mostly off screen. However Sophie did change her hairstyle---so teen rocker! The Sunday is all read for the brush, and you can see below the final inked strip. 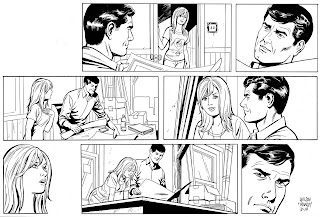 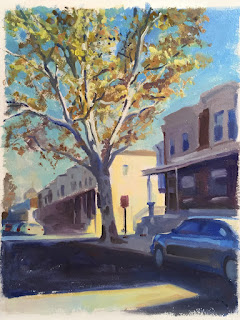 This is the first painting of the New Year, done New years even in my studio where I spent the evening with my two cats with the TV off, listening to music and shutting out the world.  I have never been a fan of New Years or of the holidays in general now, so the practice of painting those days instead of all the craziness is becoming the new tradition. 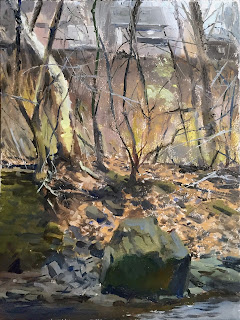 This painting entitled Christmas Day was done in my "secret spot" Christmas afternoon as the sun was quickly setting. There was such a sense of calm that day even there, just the peaceful water and a few squirrels and a skunk someplace nearby. I kept getting a whiff every once in a while as I painted. I looked around in case he was wondering my way but saw nothing but a few people walking their dogs along. 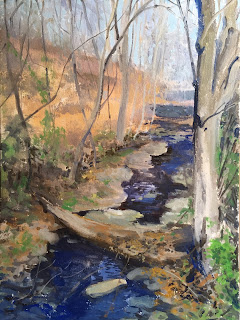 This painting entitled Trickle Down was done from a series of pictures I shot form my previous trip to the creek. All of these were done on Arches Oil paper from a pad I got as a birthday gift. I liked painting on paper before, and did so in school many times. Its almost at times like painting with gouache as the oil sets up faster, especially with Liquin FD. It had been a while since I painted and it was really getting to me so  plan on pushing the paint a lot more in this New Year.