Wow, its been a few moons since I have blogged about what's going down here in the studio. I haven't been this busy in many years with so much comic work. I just wrapped the second issue of the Convergence: Justice league International. The first issue in on the stands now and the second will be on the stands in two weeks.

The deadlines were crazy as I had a script hold up from Ron Mars on half of the second issue as they had to figure the converging out at DC. It seems they were shifting things up almost right to the end. My editor Marie Javins was such a great help in the whole process. She is certainly the best editor I have worked with since Mike Carlin back on Shazam in the late 90's, when I basically gave up monthly comics and moved into animation. The result of the bad deadlines was I had to give up inking most of the issue and had Joe Rubinstein as well as my buddy Bret Blevins jump in on inks. I did ink some pages towards the end of the second issue which felt good.

The hardest thing about doing something like this project was that I was never a fan of the Justice League books, or a regular reader; and just the fact multi-character books areal lot harder to draw in general. Hats off to artists like George Perez who love to do them, and do them well. So though I was familiar with the version that Giffen and McGuire did, I was not a fan in the fan in the way i am of the Buscema Avengers.

But that's always the way it goes on books when you are a hired gun, and I was always more a Marvel guy than a DC guy. Marie recommended that I take this book, though I now realize she did because it would have killed ten normal cartoonists! I don't know all the "ins and outs" of the DCU. I really have a better idea about the Marvel Universe as most of my favorite comic artist were mainly Marvel artists when I was a reader.

Maybe the hardest thing for me was all the costume reference, which pretty difficult in getting good shots of the characters from the specific era these books are supposed to pull from. The costumes seemed to change from issue to issue and the Kingdom Come characters were the toughest of all as there were sometimes only small and partial shots of them in the book.  Some like the KC Huntress I was almost left to ref like this as there was no full shot of her in the book.

Yep, this little gif is what I had to work with for the full figure.

It was also ironic then that the most complicated character I had to draw was the KC Blue Beetle on the killer deadline. I did Google him and had a few shots of the toys, of course never as clear as you want and never from the back. The thing that saved me was a youtube by a guy who had the toy figure and showed how the wings worked and came off, etc. That was a life saver! 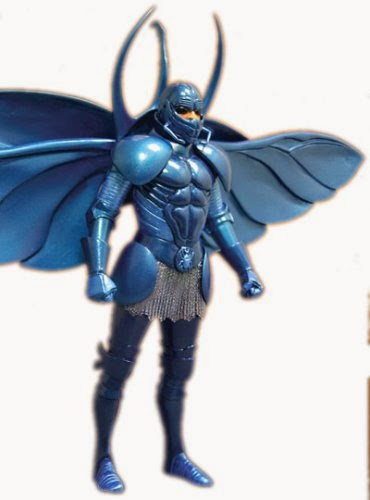 Even the regular Blue Beetle had several slightly different alterations to his costume from artist to artist.  Unlike animation where there is a character sheet and everything is shown, in comics everybody does a slight spin on the ball. 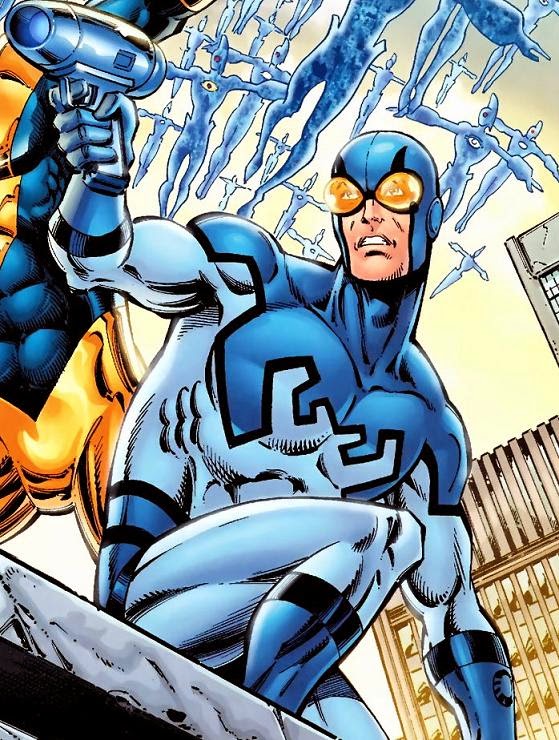 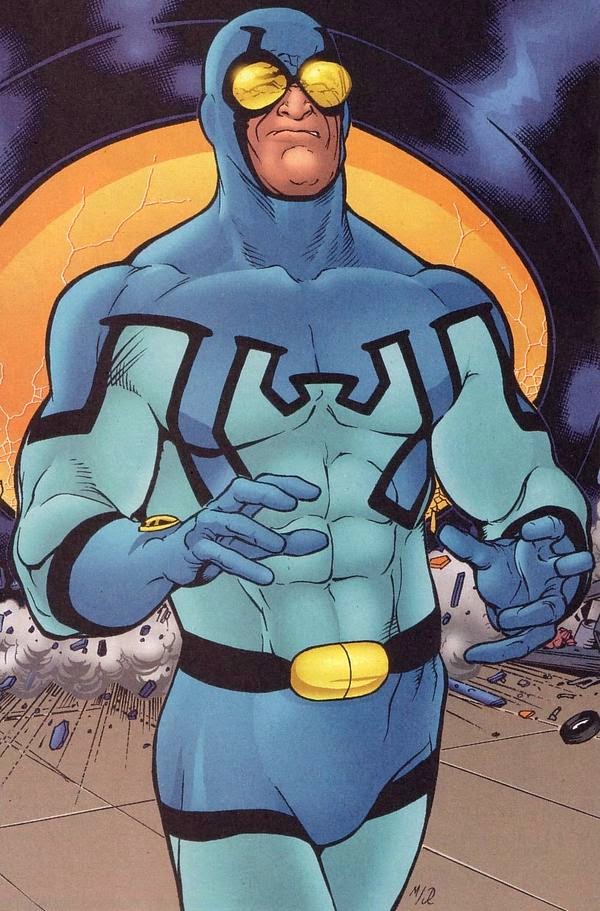 But every job has its challenges and I did enjoy doing some super hero comics after doing the Judge Parker strip for the past six years. I never get to do any action or cut loose on JP like the superjocks. It was a real change-up going from the DC job right into the Judge, and then right back---often working on both in he same day! The last two weeks I worked 18 hour days, hitting the bed only when my drawing skills declined to the point I could no longer do a good drawing. 30 plus years of being a pro come in handy here, the training and really the conditioning to work so long and intensely--but it was easier to do at 30 that 53.

I was also working from a plot, not a full script here and that has pluses and minuses. The plus is more freedom as far as layouts but the minus is not having dialogue to "act to".

I do want to say that I was pretty happy with the coloring job by Sotocolor, who I requested when shown samples of the colorists available. A lot has changed color wise since I did regular comic work and the colorist have a bigger impact in many ways than the inker does now. I really thought a lot about how to slightly alter my inking style to allow for more color. that mean a bit less rendering ad a slightly slicker ink line.

I'll be posting some pencils and inks over the next few blogs from the first issue: 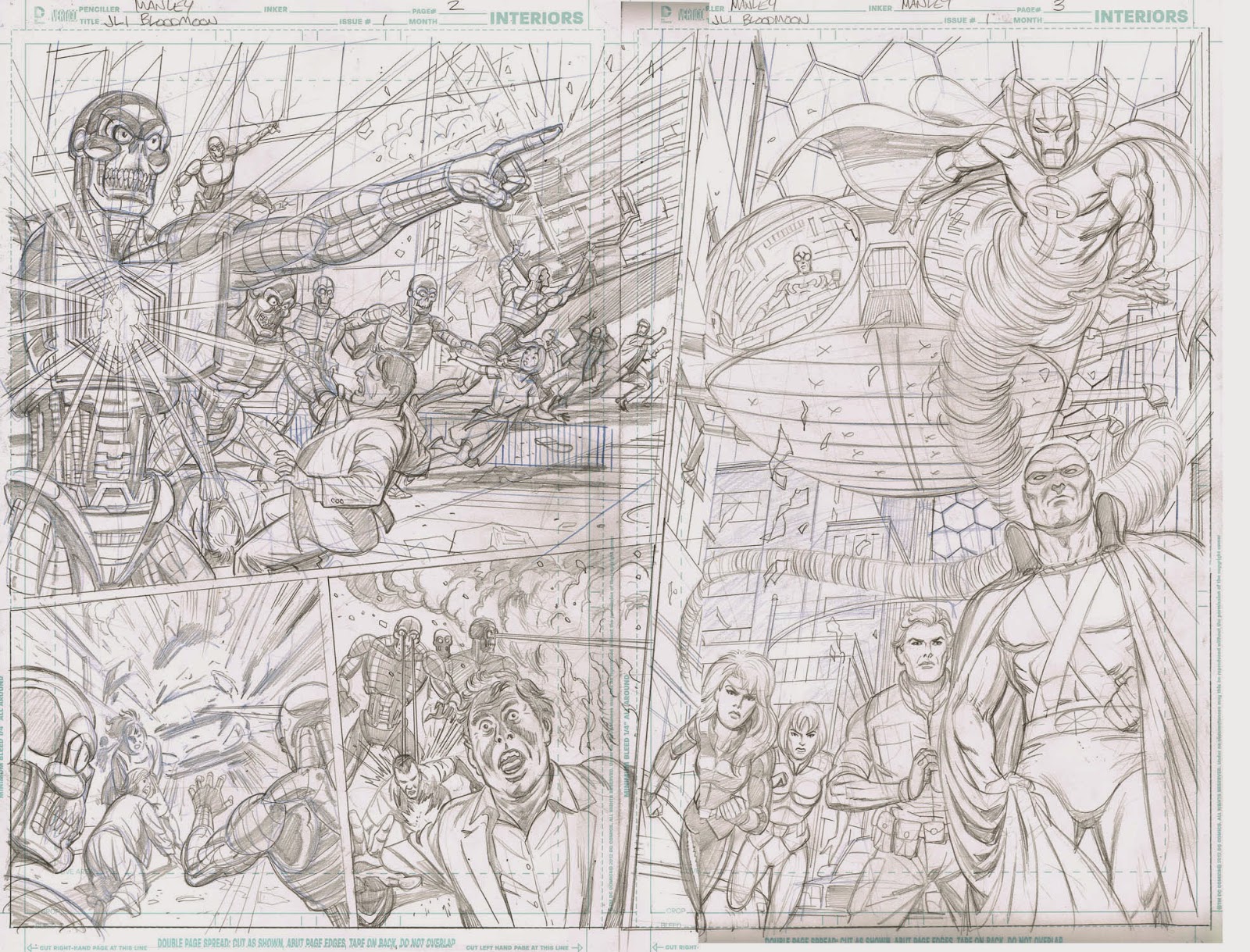 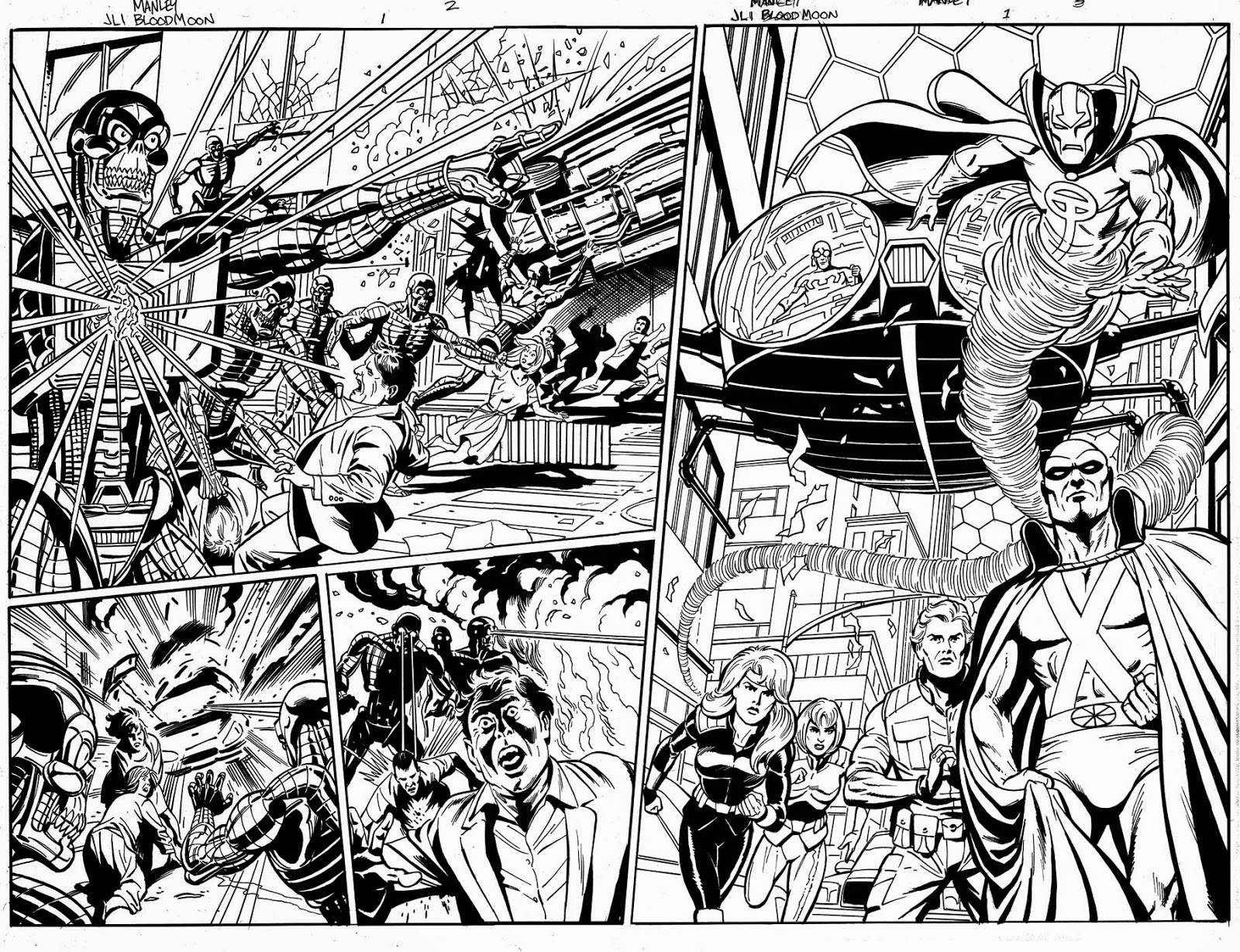 The spread from Issue 1 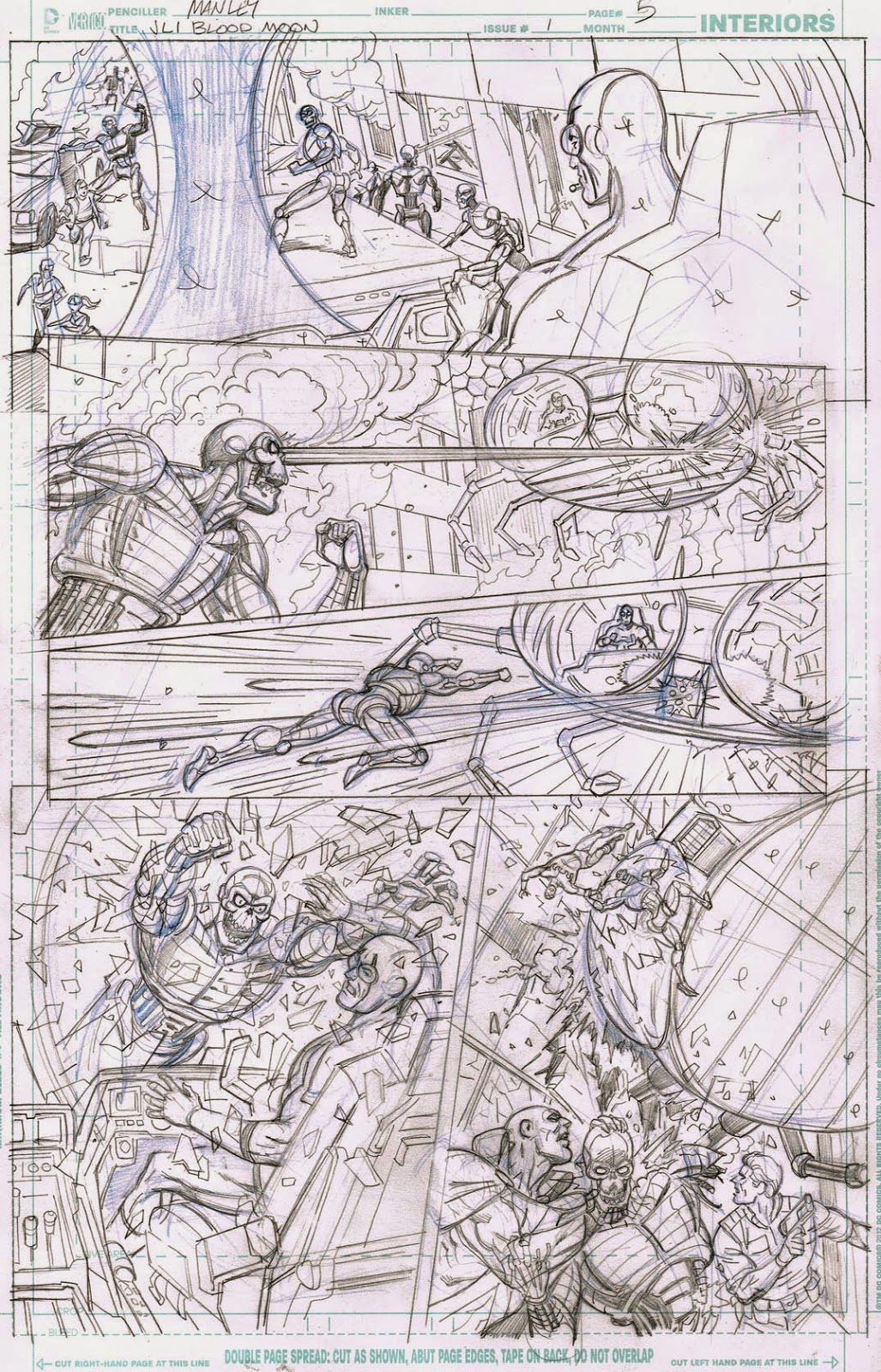 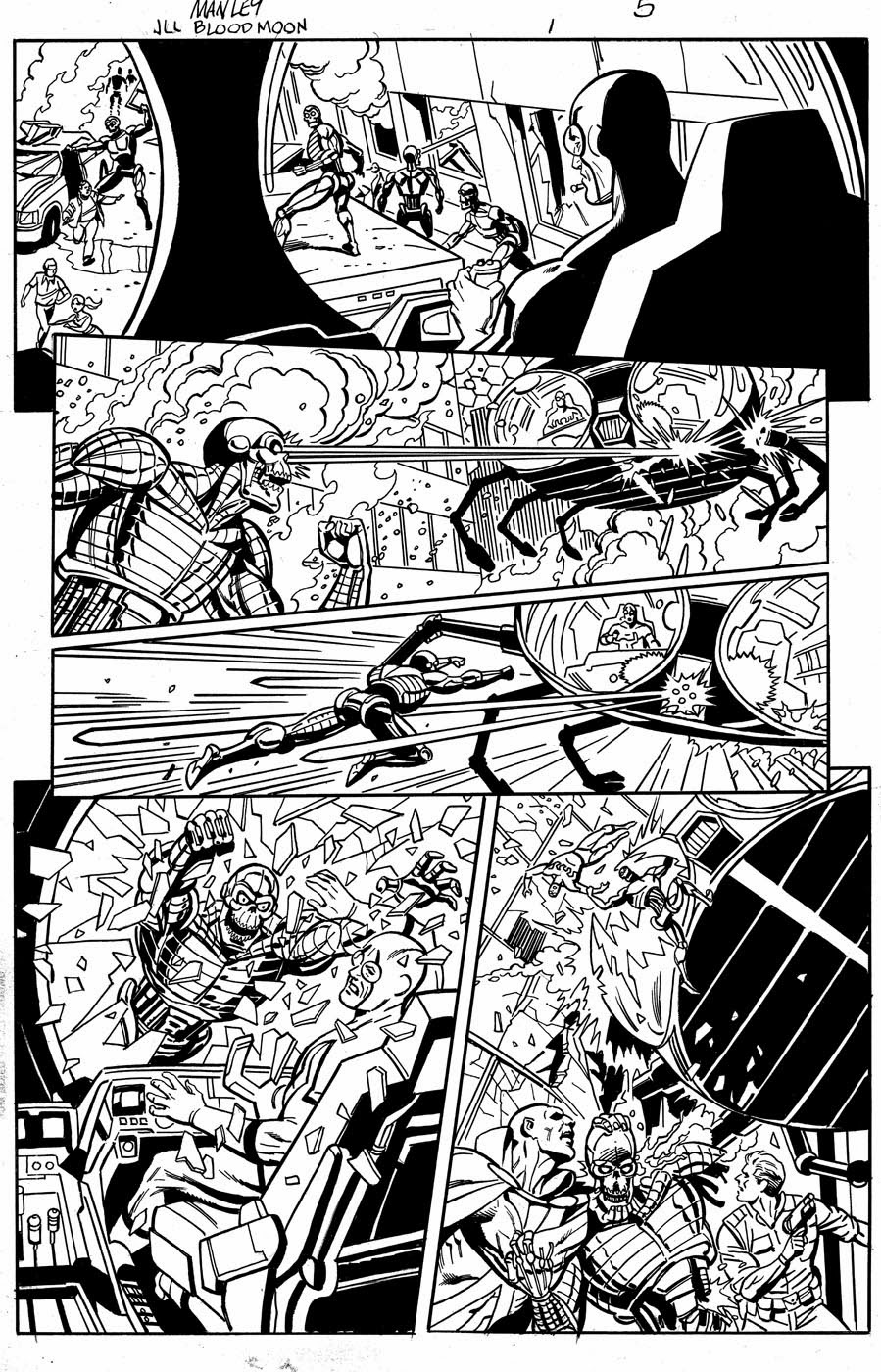 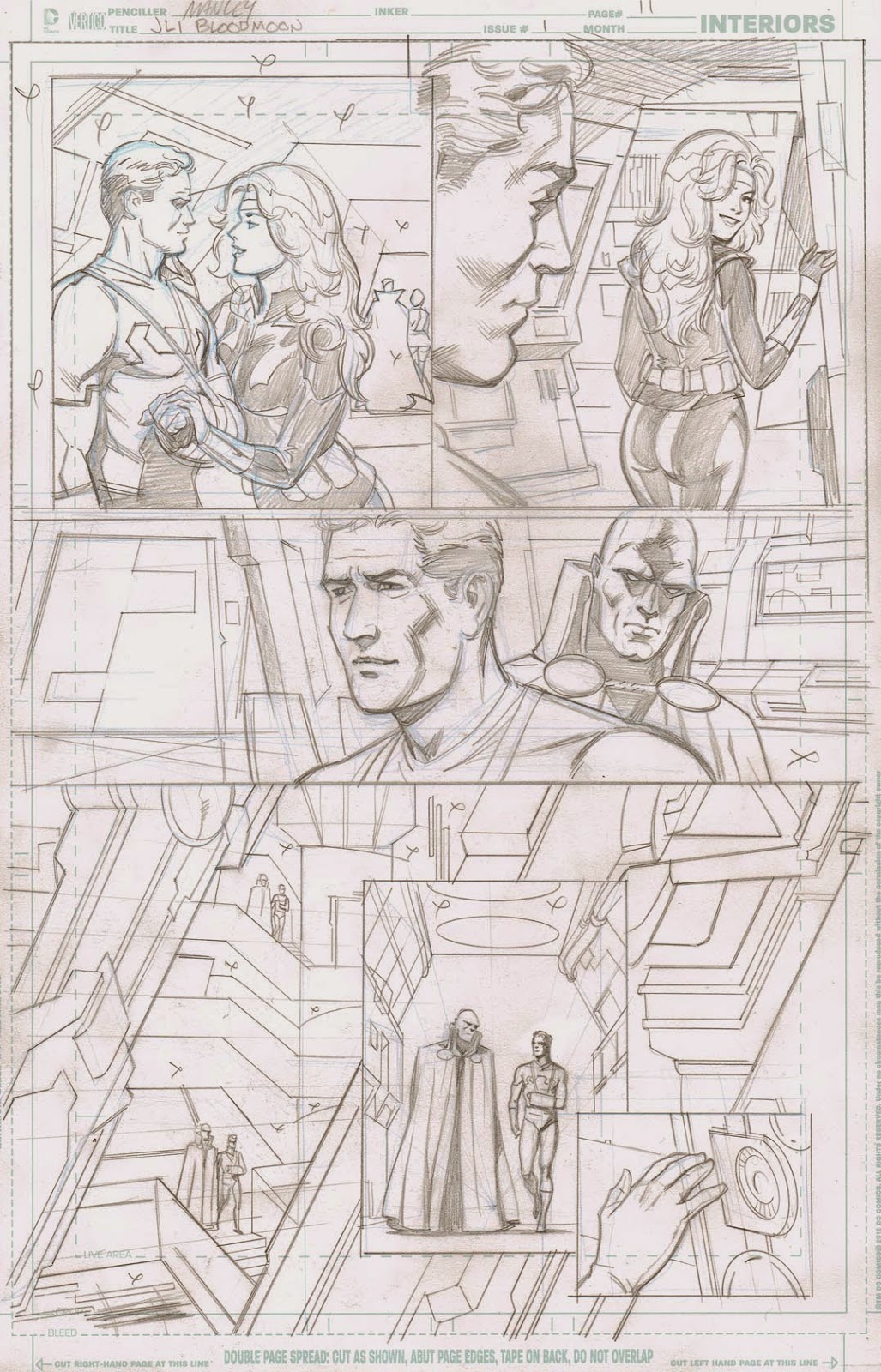 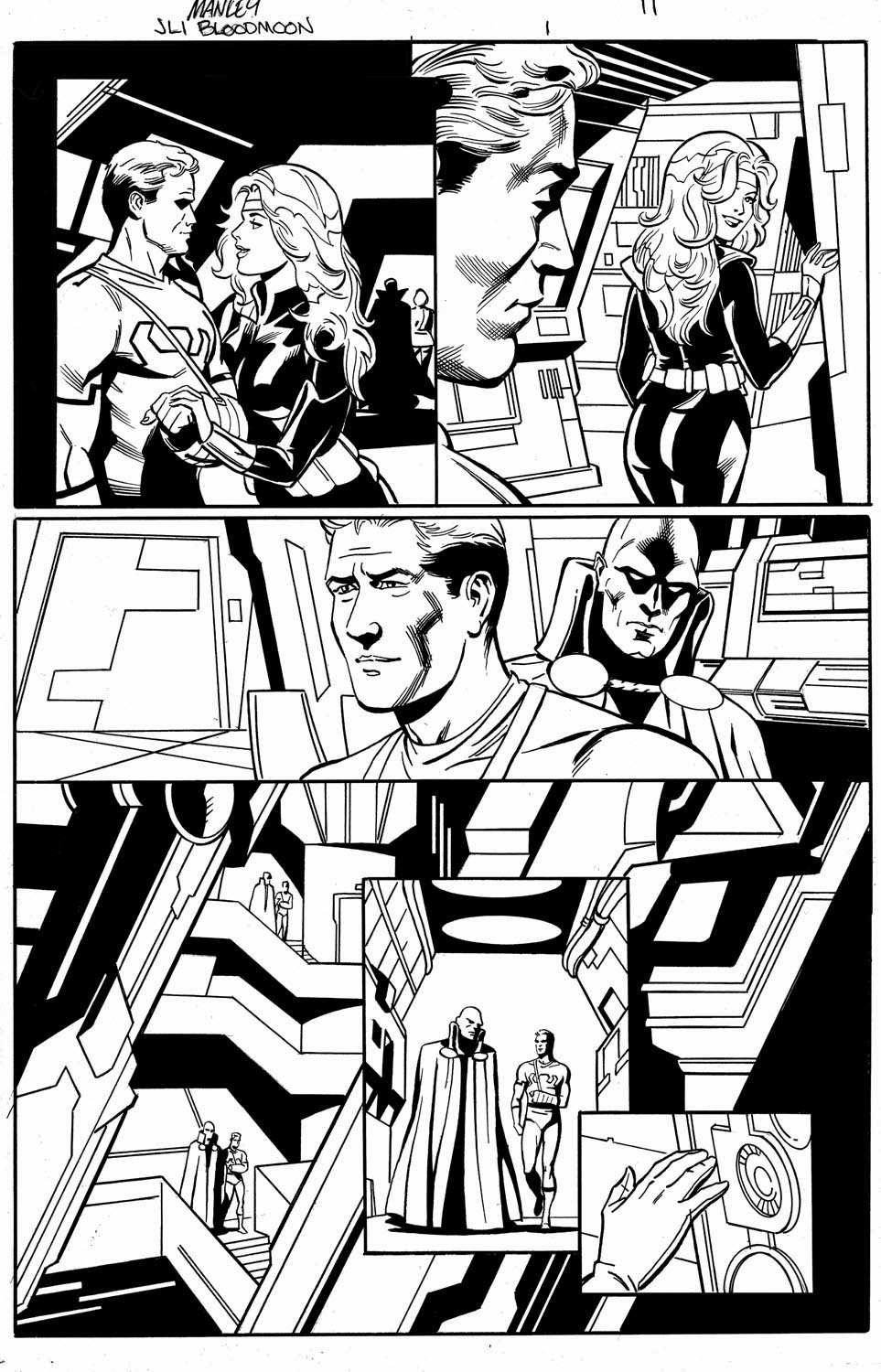 All of this comics work of course has meant that I haven't been painting at all, which is frustrating, but next month I'll be doing a lot of plein air painting in two painting competitions here in the Philly area. I'll also be attending the Philly Wizard show next month, may 7-10th in the convention center.

On top of all the comics I was also still teaching my Illustration Class in the After School Program at PAFA. Our last class was just this past Monday and it was a great group of young artists to teach. I saw a lot of growth this year and its also sad that a few of my regular long time students are graduating and going off to college--I'll miss them--but good luck! 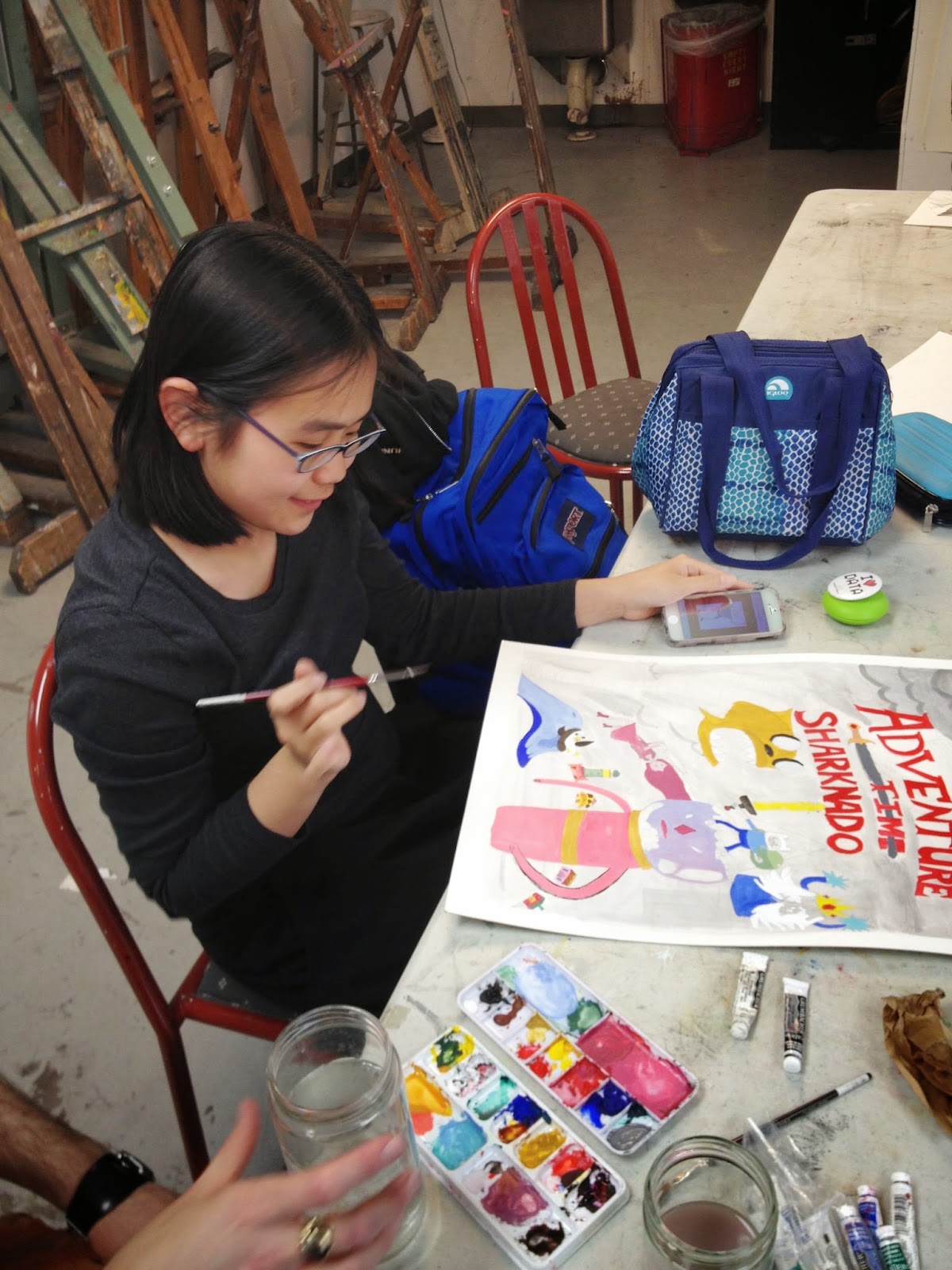 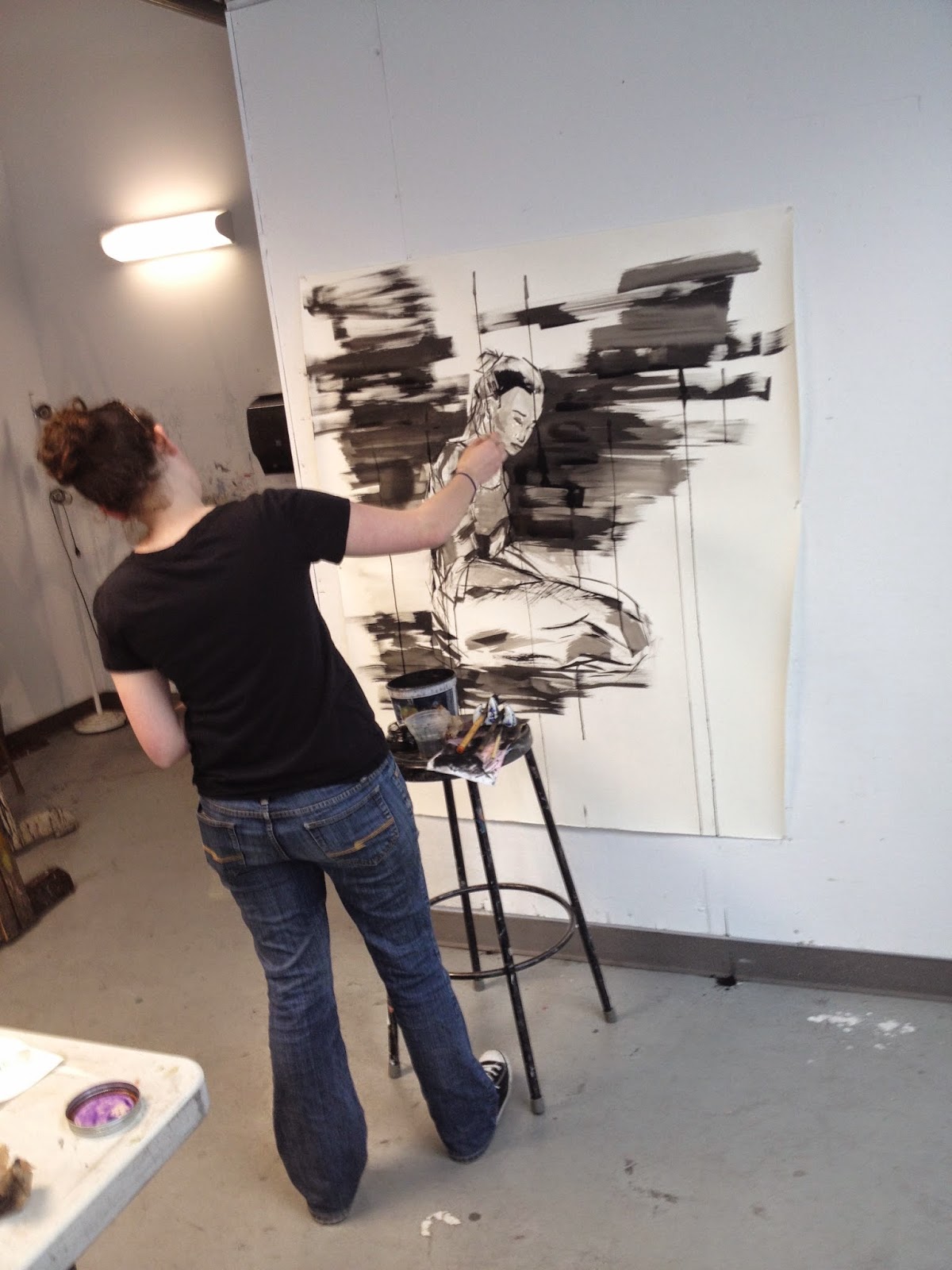 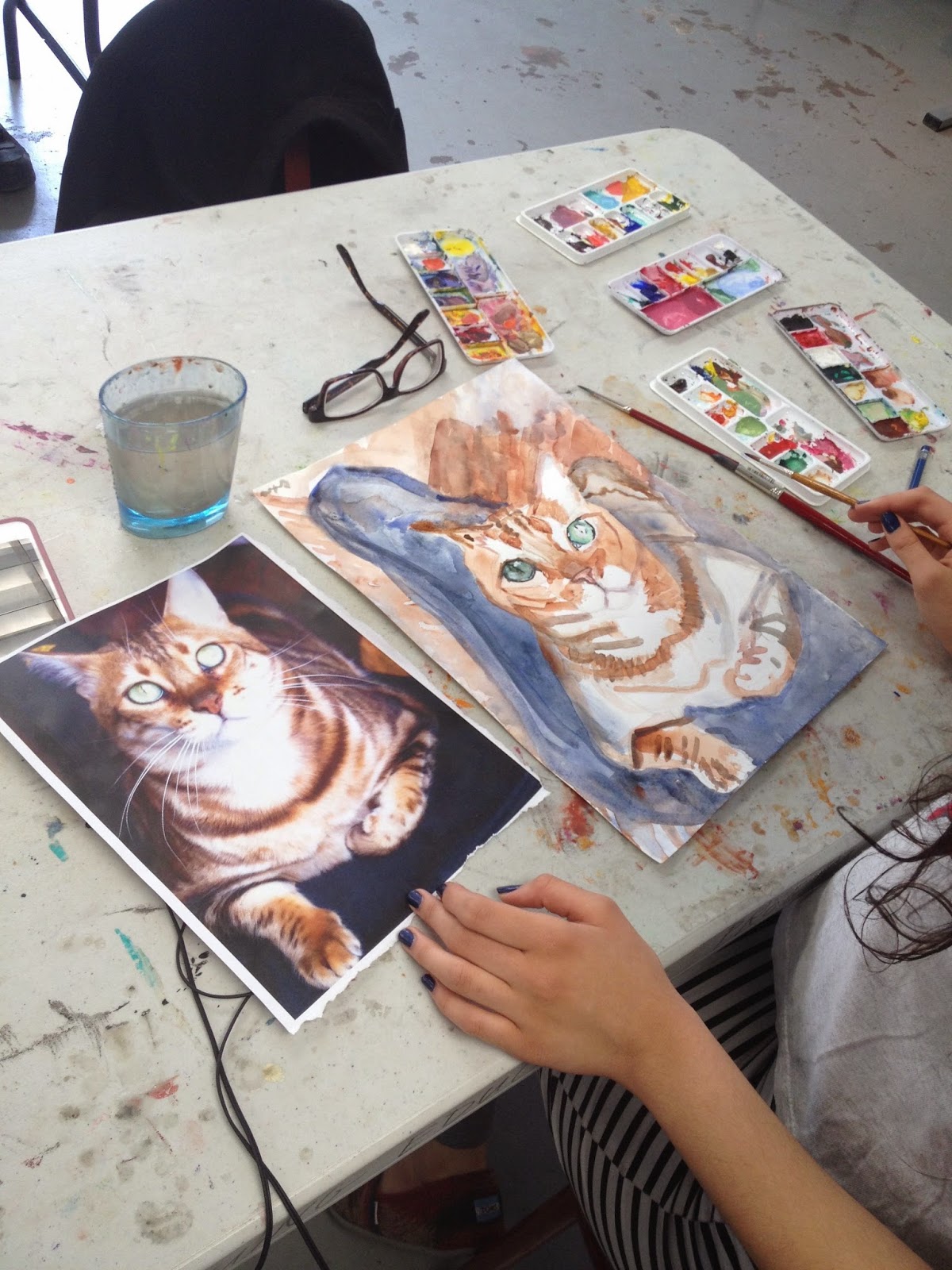 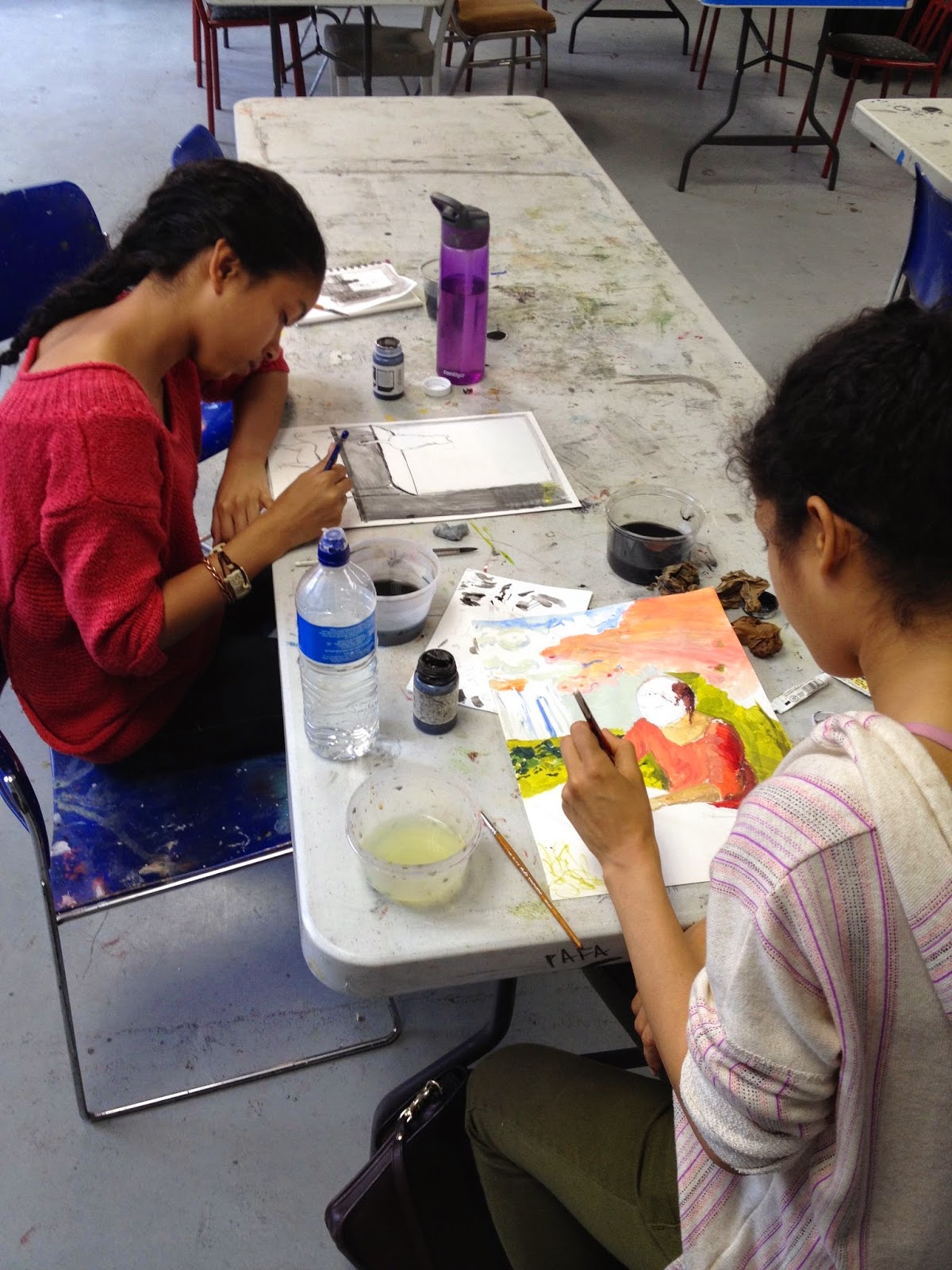