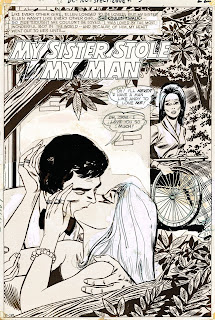 When I was younger and just in the biz I started collecting original comic art when I could afford it. I was making OK money and art wasn't as crazy expensive as it seems to be going today. many great Silver Age artists work was very affordable. I bought Kirby pages for a hundred bucks, John Buscema Thor pages for $5. I was always trying to get better, learn my craft better and some pages I would buy just for that purpose. They often were cheap pages under a hundred bucks, but they were inked by Joe Sinnott or drawing by Buscema, Kane, good folds or techniques, etc. I bought this old John Romita DC Love story in the late 80's as an example. These are I believe what were called bromides, a paper stat or proof which unlike some stats were not slick or had a shiny surface. This made correcting and cutting up the art easier. This old job was re-purposed from a much earlier 60's job, before Romita left DC for Marvel. This was now the 70's so all the hair was inked over to fit with those swinging times by somebody in production and its pretty bad and ham-fisted. But the faces and a lot of the art is still un-corrected and I leaned a lot about drawing a pretty girls face from this job as Romita was one of the very best at that.

I pulled this out again and have it next to my desk as a reminder of how to do it right and it comes in handy for Judge Parker and even the Phantom. John Romita always drew the right angles with great clarity and appeal and having done soap opera strips for seven years now I can greatly appreciate the skill it takes to do this even more. Simple is hard, clarity is hard and the emotions he shows are always clear.

Its easier to draw superheroes with exaggeration but here you really can't do that or people look ugly. I'm sure he was influenced by the great illustrators like Al Parker and Jon Whitcomb, enjoy! 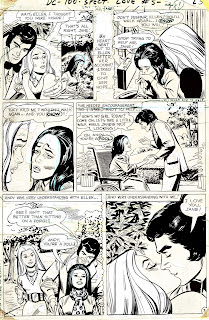 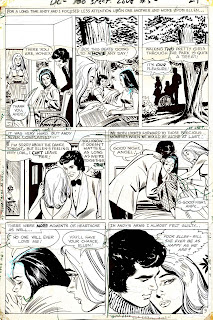 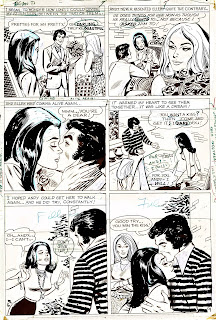 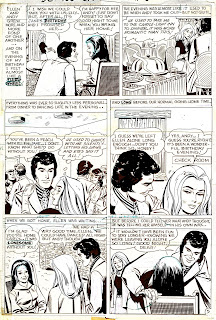 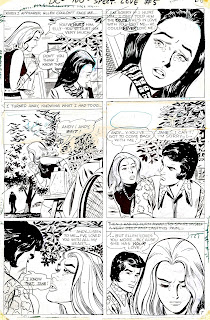 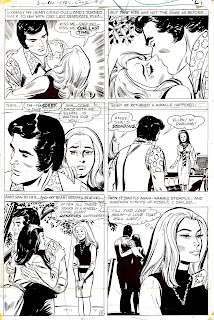