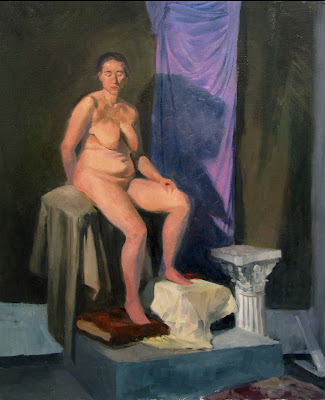 This weekend I participated in the third annual Susan McDowell Eakins painting competition at school. It's a two-day event open to all 2nd-4th years students. Started by Al Gury who's the head of the painting Dept it is named after the wife of Thomas Ekains who's probably the most famous and infamouse painter from the academy. She was quite a fantastic painter herself as this portrait of her hubby, Tom clearly shows. 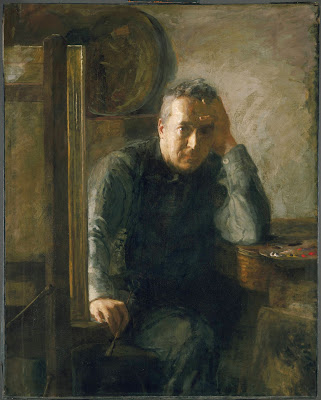 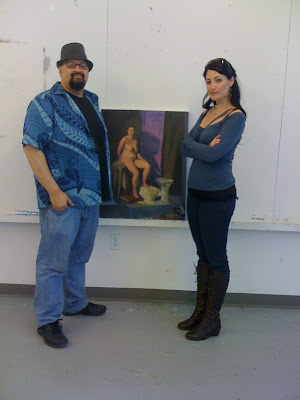 The judge this year was Rachel Constantine, a former PAFA student a a great painter on the rise. Here I am posing with Rachel and my painting.

Our position or easel was chosen by lottery so everybody had an equal chance at a good spot and since the group numbered 16, a good spot was pretty much had by all. 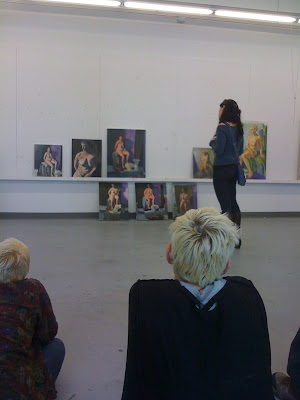 After two days of painting from the model from 9am till 4pm, Rachel came in at Al's request to judge the show. 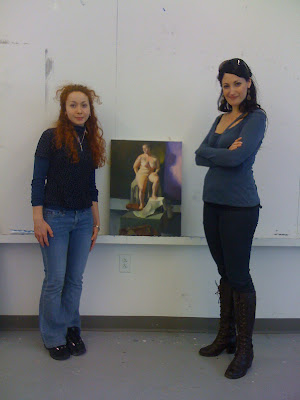 The DPC was well representd this time around. Will, Alina and Lexi all took part in the paint-o-thon--and as I predicted Alina won 2nd place with her great painting and Lexi took an honorable mention. I was so happy for Alina as she has really worked hard and made big strides as a painter this year. 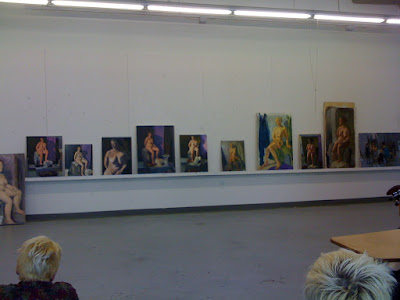 Here is a lineup of all the contestants this year. Since the competition happened later in the semester and so close to the spring show we had fewer people participating. Afterwards we all had Pizza and chatted with each other, Rachel and Scott Noel and Peter van Dyck popped in as well.

I am pretty exhausted from the lack of sleep pulling the double duty plus working on the strip at night but happy with the win and 80% happy with the painting, you always wish you had an little extra time, but that's the challenge I guess. looking back over the last two years at the previous paintings from the same competition I can really see the growth in my own work. Even if i hadn't won that is the most important thing, to really see the growth after a lot of hard work.

I look forward to the competition next year.
Posted by Mike Manley at 12:03 AM

I hope you went to bed after posting this.

Thanks! But no sleep yet...

Congratulations, sir. You did beautiful work.