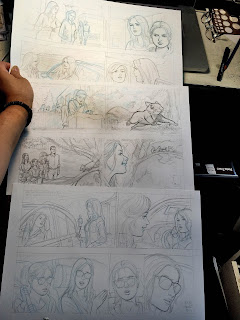 Unknown said...
This comment has been removed by a blog administrator.
11:00 AM

As a frequent message board troll, I'd like to note that the artwork in the strips is consistently excellent. The story lines, well, that is another story for another forums.