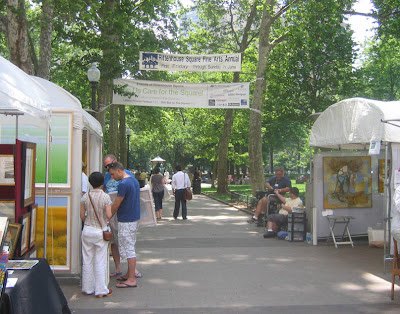 Despite the broiling temperatures this early in June, I spent a lot of this weekend walking the streets of Philly, feeling more than a bit like Frosty the Snowman melting away, block by block. There was a lot going on art wise this weekend in Philly. First was the Annual Philadelphia Sketch Club Member's Show, hosted by the Newman Gallery, one of the oldest, if not the oldest gallery in Philadelphia. As a new member of the Sketch Club I had a painting, The Arizona sunset, in the show. You can look back a bit on the blog and see it close up.

At the same time this weekend is the annual summer Rittenhouse Square Arts Festivalwhere artist from all over the US come and display their work, for sale. 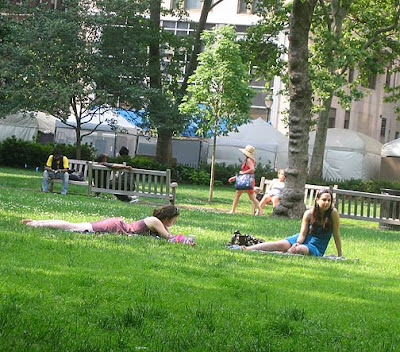 The summer heat and the economy may have kept some people away this year according to some of the artists I talked too. To be honest this is the type of show that you won't find any aggressive of controversial or edgy art. It's nice art, safe art. I didn't recall seeing any nudes. It seemed that it was mostly landscapes with a few artist doing figurative work. The best painters in the show in my opinion were 2-3 Chinese artist. They all had been classically trained in China, and had emigrated to the US. It's clear to see that the classical training which is still at the root of the art schools in China gave these artist a lot of facility in technique. I bumped into two friends from PAFA in the park, both painters and one of them said he didn't see any art in the festival, but he's young...and mean.

Again, even with the Chinese painters nothing was edgy, just nice paintings of Chinese girls in ceremonial dress, still lifes or landscapes, but their paint-handling was clearly superior, even if the subject matter was pretty prosaic and that really stood out. The human figure is clearly something that is really under represented at this show, and was last year as well from what I remember. 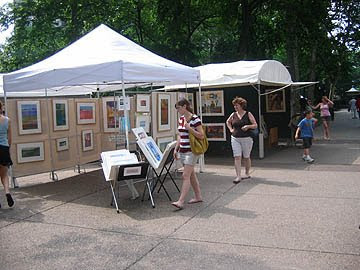 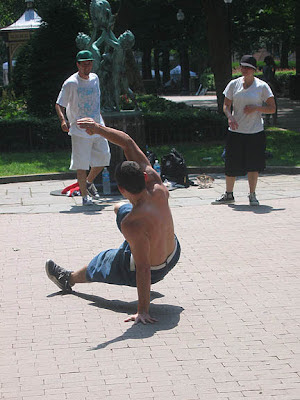 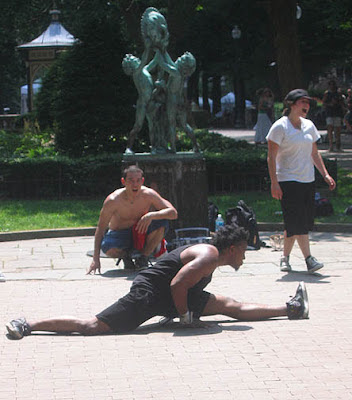 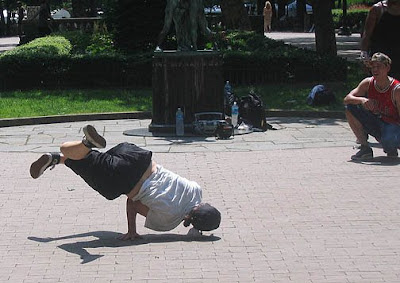 But despite the heat the park way busy with people having fun, looking at art, walking dogs, girl watching and a lively group of breakdancers took turns popping, locking and spinning through the hot afternoon drawing a steady mixed crowd on on-lookers and a constant smattering of applause. Funny how this street dancing has come back along with another huge wave of taggers and grafitti artists. there seems to be a fresh crop of kids you get into this stuff every few years. 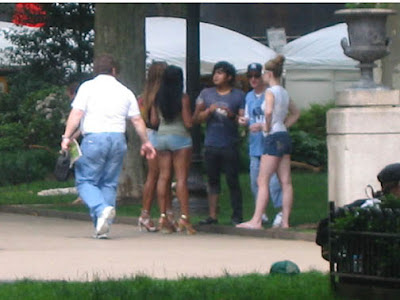 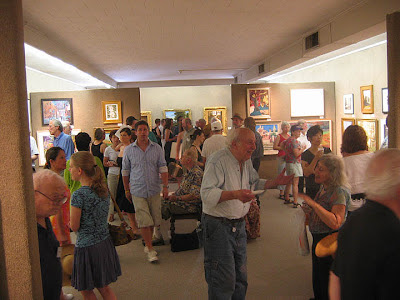 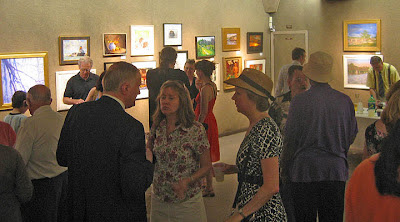 The Sketch club show was packed, since every memeber is elligable to enter a pice in this non-juried show, there was a lot of memeber and art on display and members in attendance. The nice thing about this is having the show in such a nice, distinguished gallery and to get to see what the other memeber's art looks like. 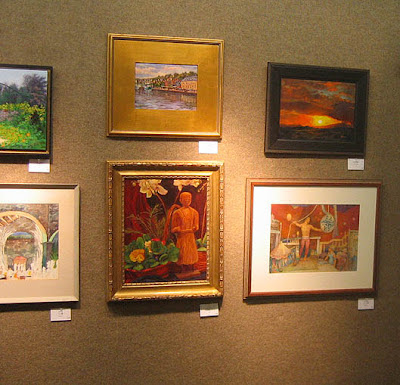 My painting was hanging all the way over in the far corner, but I had many, many people come up and tell me how much they liked it and somone might actually purchase it. But to have your art in a gallery that has sold Pyles, Wyeths, and I believe even a Rockwell is honor enough. 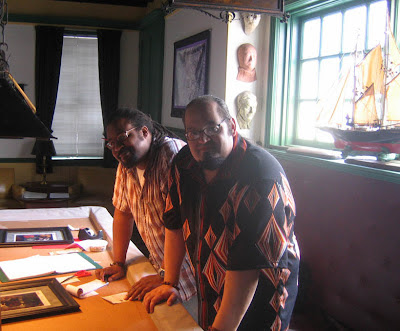 Like Tony and Paulie Wallnuts, Jamar and I hung out and waited for the artists to come in and drop off their "envelopes".

After socializing and schmoosing with fellow members I headed over to the Sketch club itself to hook up with the Grand Poobah himself, Jamar Nicholas. Fortified with a fresh venti,Ice, Soy, Chia from Starbucks I dripped my way over to help Jamar as we are having a comic and sequential art show at the Sketch Club and they asked me to be the juror for this show, which is cool. Jamar was on hand to help co-run the show and to log in the entries as the artist showed up to drop their entries off. later we were joined by Rich Harrington and we logged in all the pieces and then we lined them all up and I juried the show, picking the winners. The reception is next Sunday. For a while it was just Jamar, Andrew Hart and myself, then Jeff Kilpatrick from the Philadelphia cartoonist society showed up. It was funny all of us hanging out in this great old American and Philadelphia establishment, which didn't even allow women as members until 1992-93. Now it allows cartoonist! 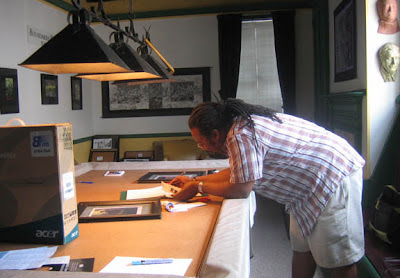 Jamar logs in the final pieces.
Posted by Mike Manley at 10:26 PM