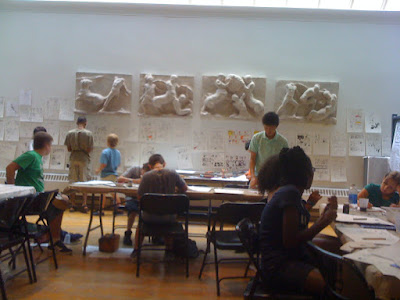 Last week was probably my busiest week of the summer bewteen my regular workload of the JP sytrip and teaching a week-long intensive comic book workshop for PAFA's Summer camp. The class was one week, 10-3pm and the ages of the students ranged from 9-13 and included a wide range of abilities. Like all workshops like this one there were a few naturals in the room, kids who just got cartooning and were off and running. There were a few who were on the fence or there because their parents sent them and one who just slept the who time or played video games. There was also a lot of happy campers, 27 to be exact, so luckily I had to great assistants Lexi and Leigh to help me a ton with managing the kids--they saved my bacon as they say. 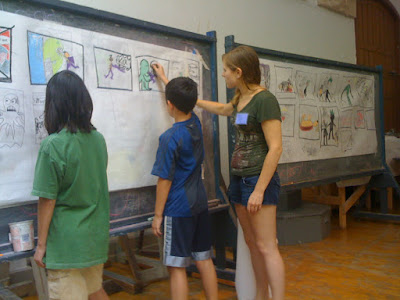 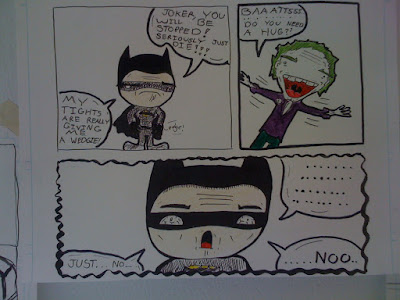 One of the things I did this time was to do a group comic where I'd have the class come up with the characters and then draw the first panel and then the kids would take turns drawing the next panel. We did four of them: Chainsaw Duck vs Sasquatch, Hobo vs. a jewish teenage zombie, Godzilla vs everybody, including Superman, and an Emo Clown and a dog who walked upright. Like most comics drawn by the young--everybody died, was run over, cooked, eaten or plastered on the front of an ambulance. Kids love to kill or main or destroy their characters--death is funny at 12! Both the boys and the girls equally expressed their desire to run a talking dog over with a car on paper. 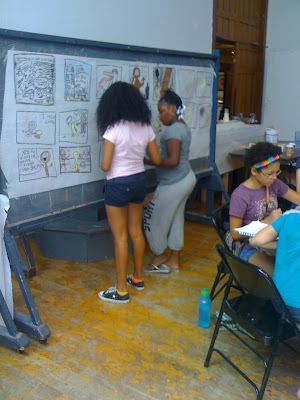 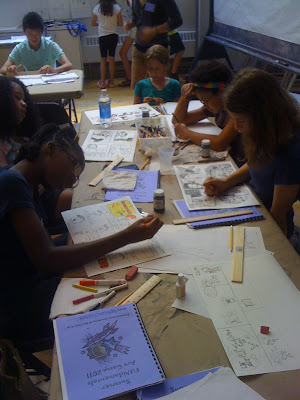 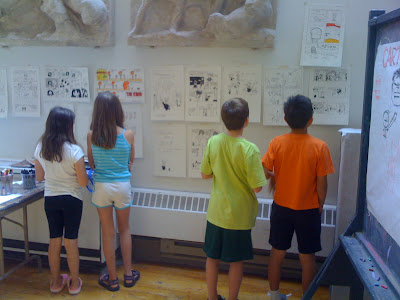 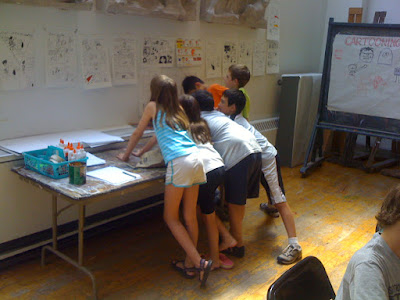 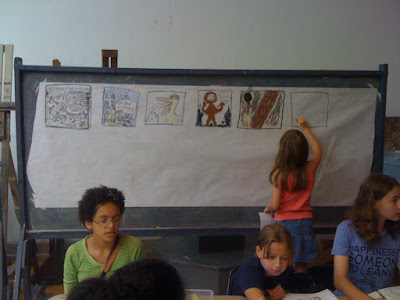 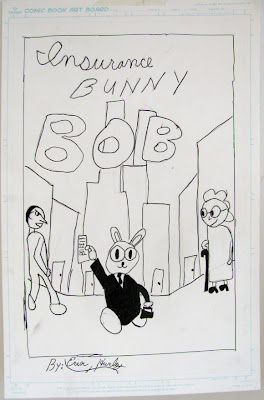 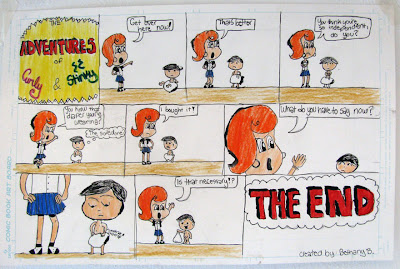 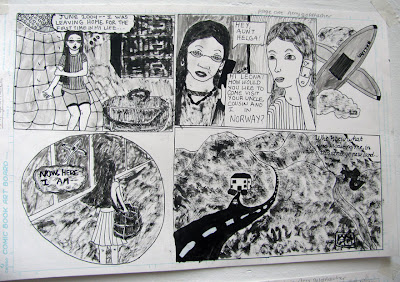 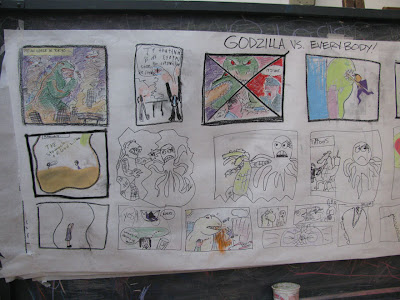 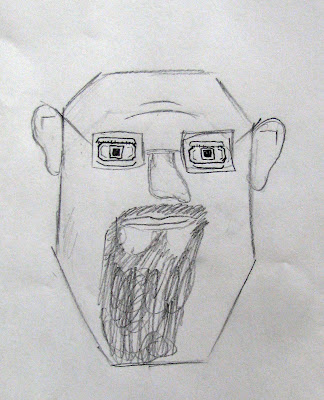 A cool caricature of yours truly...

While they took turns drawing on the group comic they also drew their own comics, Titles like Insurance Bunny, The Other Side of the Street (a comic strip series) or Wizards vs WWII. I got them to understand and play with design somewhat by drawing portraits then making caricatures from them, including these two of me which I think are awesome. They were probably the most productive class ever, the walls of studio 5 were plastered with their or as we pinned up each page. on Friday the proud parents came in to see the work of their proud offspring and there were happy photos and cheese puff and apple juice for all. 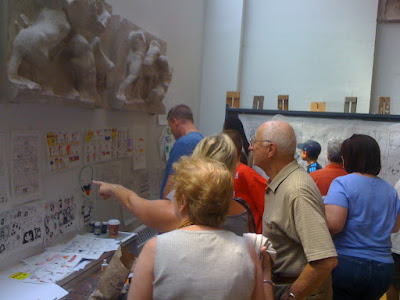 Silver and the Birds said...

I did a spit take when i saw "Insurance Bunny"!

Yeah! What a great funny idea!