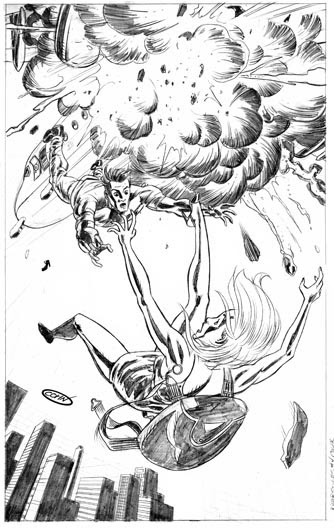 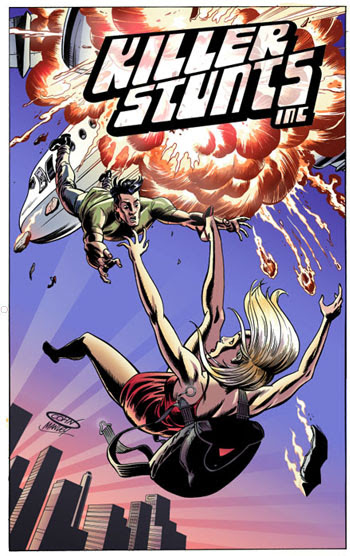 The cover for the final issue of KILLER STUNTS, the four issue mini-series I'm inking for Alias. Pencils by Scott Cohn and then my inks and Scott again on colors. This was again inked on a blue-line printout of the pencils, sent as a stuffed Photshop file via e-mail from Scott, which I converted to non-photo blue (as a monotone) in Photoshop CS. This was a rush job (aren't they all) due to the Diamond Previews deadline which is today. This was turned around on my part in about 3 hours. Mostly inked with a no. 3 brush (the explosion, some figures, mostly feathering ) a .35 rapidoliner (figures small details)and a 03 Pigma marker(buildings, girl's hair)