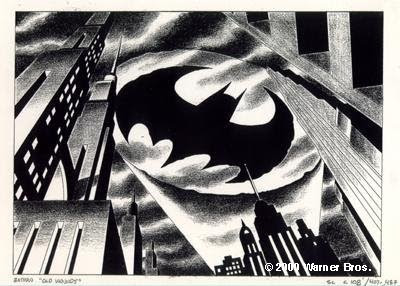 I find it funny how some peoples underroos got all in a bunch because I called it as I see it. A guy who actually knows things and does this as a living. I won't get into long personal debates and lower myself to calling people names.If someone wants to discuss this in person I'll be at the Twomorrow's booth at the New York Comicon next weekend.

The fact is that for the babymen types, there is an embarassment about comics. That they read them beyond the age when most people stop. Thus they feel the need to defend comics and something not silly, or for kids. It's grown up man, look, they curse and fuck now! Lookit Powergirls tits!

I mean look at my Wolverine shirt man, that's badass! Look't the blood! There is a lot wrong with this and it is so inbread and deep within the roots of the comic biz on every level, from Pro to FAN, to retailor that you can't fight it. The fact that today most comics are not for kids has nothing to do with Kids themselves deciding they don't want them.

There was really something different, more mature about the previous generation of creators, the greatest generation as I call them. There was a time when many of them also felt bad about drawing comics, not comic strips, no, comic books. As the 60's came and the rise of Marvel happened that seemed to dissappear. I think guys like Kirby and Stan thought of themselves as entertainers in a much broader way than most guys of my generation do. Sure we entertain, but it's in the small clubs if it's comic books. Comic strips still reach millions and that was always the Holy Grail for Kirby's generation, and for some of mine too. That was mass popularity and very often mass wealth. Comic strips have never had the negative stigma comic books did. Adults produly read the strips on the train, in public on the way to work. A 30 something guy reading X-men in a Sin City t-shirt still looks like a geek. There has been a big disconnect even within the entire comic world. The a skisim between comic books, comic strips and animation.

The geek culture has risen, and become more acceptable, yet people still giggle at a grown man reading a superhero comic in public. The comic guy from the Simpsons. However I have to say people always think I have a cool job and it's stunning how many people still remember comics and have no idea they are still made. This happens so often with people 40 and over. It's not that they dislike comics, but they have no idea they still exist, and thus their kids often don't either. Thus another part of the catch-22.

The babymen still wince and cry at the very idea that the fact is Adam West's version of Bats is as legit as Timm's or Adams or Bob Kane's. The existence of one doesn't mean the others are not legit. But the fact remains that this new show, Batman Brave and the Bold will be many, many kids first exposure to the character, and the bulk of people watching these cartoons have no idea about any of these other versions fans and babymen enjoy. There is no 70 years of history and continuity to an 8-year-old.
I had no idea that Johnny Quest was based on Terry and the Pirates. I just loved the show. I was the demo the network was aiming at.

A kid just likes the show because it's cool to him most of the time irrespective of the creators influences. Fan's get that, Babymen don't.

The bottom line to the network is that the age group, the demo they are aiming the show at and selling the advertisers on, watch the show. If they kids don't watch, the toys don't sell, the rate they can charge for adversting drops and the show makes a short 2-3 year run, maybe enough for syndication to recoup their investment on DVD etc. Network TV is even more brutal, sometimes shows run two episodes before they are axed. The zealot fans who then try and write into save their fave show will do so in vain as there are never enough of them to insure ratings. That's reality.

A lot of things have changed in the 12+ years I have been working in animation, the whole landscape economically is really different now. Affiliates don't want cartoons, the rise of Nic and CN, Disney, now Toon Disney, etc. Seperate brands aimed at specific demographics even within the same company. For instance, the Disney Channel is really aimed at girls now, the Hanna Montanna demo, while Jetix is now aimed at boys.

Batman Beyond was an idea not spearheaded by Timm and Dini, nope, that was the toy company saying they wanted a new show with a younger Batman because the sales on the toyline was slowing. The Timm and crew came up with that idea, they were given the first shot at it, rightly so, but the network could have as easily gone with somebody else if their take didn't resonate with the clients. As a pencil slinger working in this environment you have a lot of outside forces effecting you that you have no control over. You can work on a show like Samurai Jack that was awesome and beautiful, fun, etc., but SJ never connected with the kids enough, not enogh toys etc., that really make the company the big bucks. So it goes away. A new head of the studio can take over and decide to shitcan the old guys shows, like the new lion eating the old lions cubs. I've been witness to that too, something fans don't ever really get to see, but they will notice when the show they like seems to be shifted all over the schedule...that means they might be trying to kill it off. Yeah, weird shit that has nothing to do with how well I do my job but might cut it short.
Posted by Mike Manley at 10:05 AM

Thanks for saying what must be said. I am 48 and still hit the comic shop every Wednesday. I have read comics since the 60's and my son and I share the same enthusiasm for the art form. I hope the business side of things doesn't continue to kill the hobby. I buy 'em to read and admires the art not bag 'em and hope they'll pay the kids tuition some day. Although that is what I tell me wife so I can keep the long boxes in the basement.

Keep up the good work. I love following your art school adventures. I wanted to study art myself but no parental support. I became an unhappy accountant instead.

Part of my profession is on-site caricaturing. I was at an all women house party a couple of weeks ago and one subject noticed my Superman symbol tie bar. She commented on it saying, "Do they still make those things? Comics?" I told her "Yes, but they primarily exist to provide material for movies and toys these days."

It's not surprising so many people think comics aren't made anymore, given how hard it is to find them. The days of "impulse buys" in the corner drug or grocery store are long gone. Now comics only sell to people who already (1) know what they are, (2) know they like them and (3) have the ability to get themselves to a store that sells them (and little else).

The media exposure can hurt as well as help, too. I still run into people who remember hearing on CNN that Superman "died," and thus assume no Superman comics have been published since 1993. Oops.

I'm very excited you're doing B&B because it sounds like the kind of thing that'll expose more kids to Batman (the kind of Batman a parent would WANT them exposed to), regardless of whether they read comics or not. Frankly I don't care any more if comics succeed. If publishers gave me a reason to support them, I would, but as it stands I owe them nothing.

Also, I want to say I think the Reign of the Babymen will end in our lifetime. It's already clear that the money is not in monthly floppies, but rather in the hardbacks and trades sold at Borders and B&N. And many of those books are "serialized" in the sense that it takes two or three to tell a story. So really, monthlies could go away and no one would care except the hard-core comic fans (well, and the direct sales shop owners, who'd be in a world of hurt).

Point is, I don't think we're far off from a time when "comics" morph entirely into graphic novels sold through bookstores. And when that day comes, DC and Marvel will be competing not with each other, but with the latest Grisham, King and Grafton novels. They'll have to appeal to casual buyers who thumb through the books wondering what Superman or Spider-Man is up to these days. And what THEY want will not be what the "babymen" want. When that group becomes a tiny subgroup of all customers, instead of the ONLY customers as they are now, they'll be justifiably ignored.